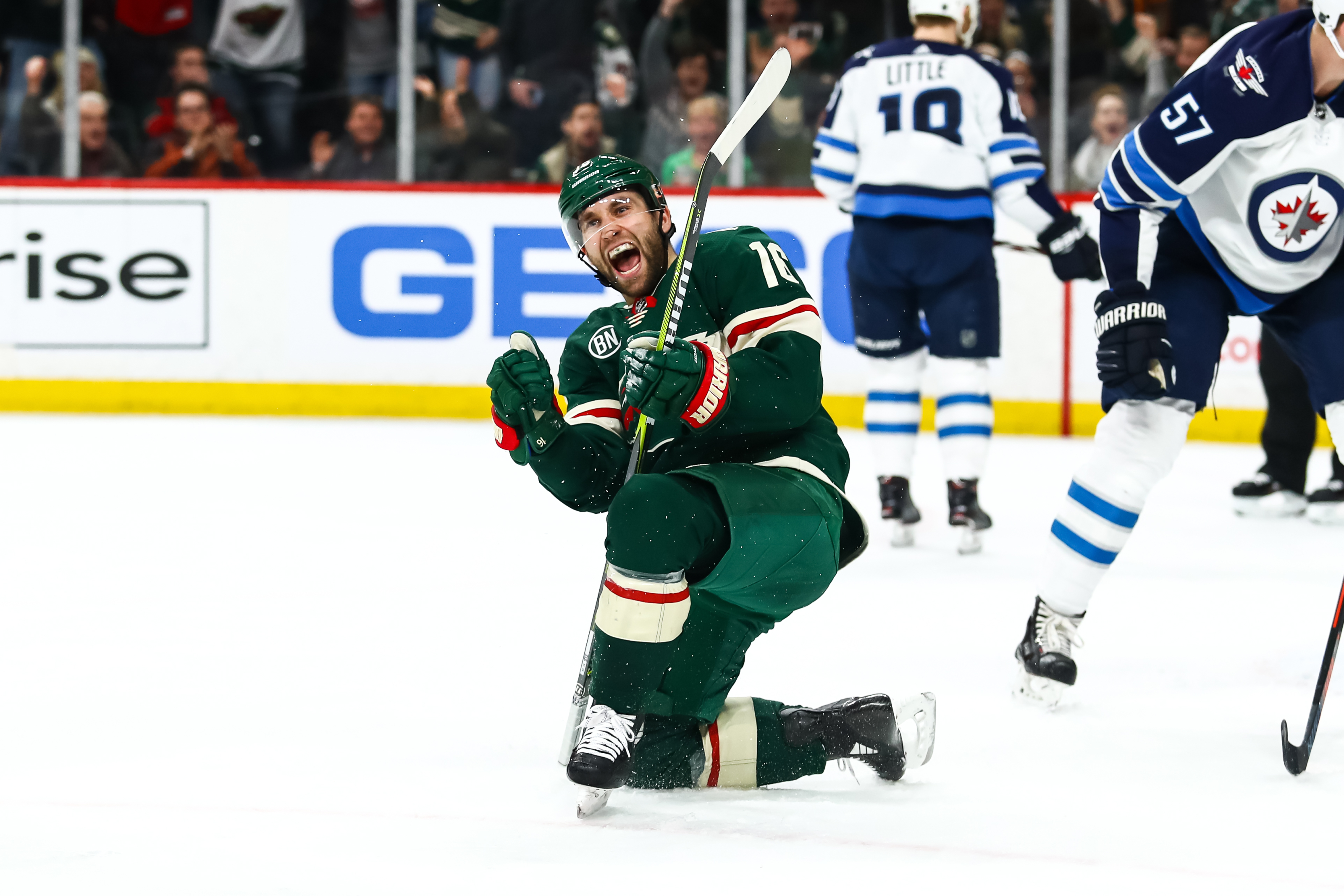 ST. PAUL, MN – JANUARY 10: Jason Zucker (16) of the Minnesota Wild celebrates after scoring a powerplay goal in the second period against the Winnipeg Jets on January 10, 2019 at Xcel Energy Center in St. Paul, Minnesota. (Photo by David Berding/Icon Sportswire via Getty Images)

After doing the flirting with Zucker since the summer, nearly acquiring for Phil Kessel, and continuing to flirt with him all season long, the Penguins finally did the deed and traded for Jason Zucker.

Zucker, 28, has three more years beyond this one with an AAV of $5.5M. PIT initially wasn’t keen on giving up prospect defenceman Calen Addison, or for that matter the first-round pick, but PIT is all about maximizing the Sid-Geno window to win Cup(s) now.

Galchenyuk getting shipped out is far from surprising, but including Calen Addison is quite an addition to the (lottery protected) first round pick.

As The Bobfather mentions, Zucker is signed at $5.5M through the 2022-23 season.  But more importantly, this keeps the Crosby, Malkin, Letang window open even more.

With Zucker, the Penguins get a fast, straight line, skilled player that plays well at both ends of the ice.

His driving of offense has seen a bit of a dip this season, but historically he’s been very good and there’s reason to believe that riding shotgun alongside Sidney Crosby instead of Eric Staal, that dip will subside.

His shares of shot-based metrics are all sub-50% at 5v5, but when he has been on the ice this season, the Wild have controlled 50.12% of the scoring chances and 53.09% of the high danger chances, via Natural Stat Trick.  His goaltenders, though, haven’t been able to make a save with him on the ice, giving him an on-ice SV% of 89.60%.

For a team that’s missing a 40 goal scorer in Jake Guentzel, grabbing a player like Zucker, who scored 33 goals just two seasons ago, to fill that void is a great addition no matter the cost.

And to do so without having to move a real roster player is even better, even if they had to spend a little bit more to get the player they ultimately wanted 7 months ago.

Either way, the Penguins are a better team today than they were yesterday.