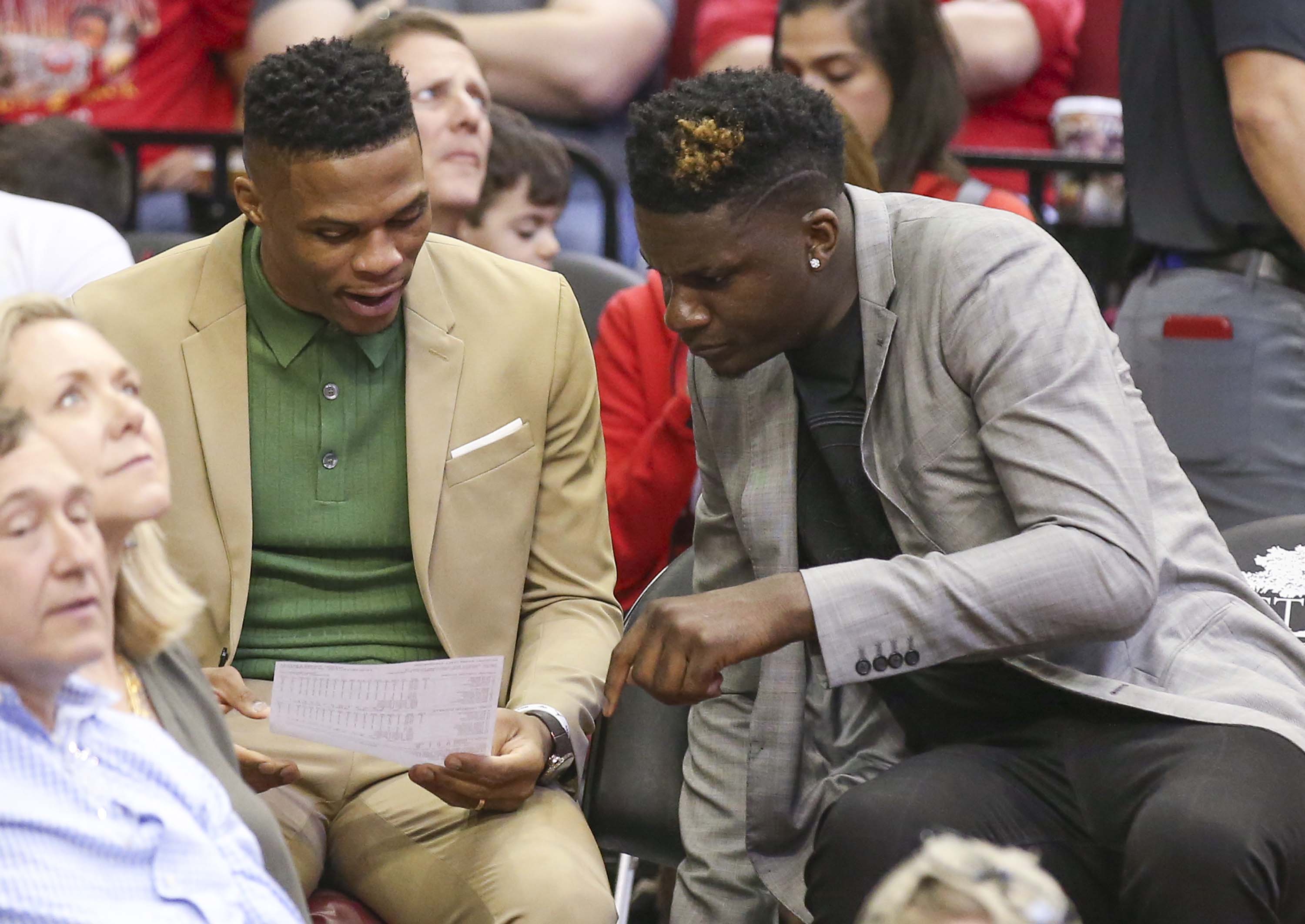 Jazz big man Rudy Gobert is known for being one of the best defenders in the NBA, as a two-time Defensive Player of the Year award winner, but Rockets point guard Russell Westbrook doesn’t necessarily agree.

Westbrook’s fiery disposition has caused him to get into it with a number of NBA players on the court, and it’s clear that he and Gobert aren’t exactly the best of friends.

They squared off in Sunday’s game, with Westbrook scoring on Gobert, then doing his signature “rock the baby” gesture to rub it in.

Westbrook was asked about the dynamic between him and Gobert after the game, but didn’t really offer all that much. He sure didn’t praise him, though, either.

Russell Westbrook on Rudy Gobert guarding him: "I don't have a reaction."

As for how to attack bigs like Gobert? "I put it right through his chest and put that shit in the basket. Same thing I do with everybody else. He ain't no different. He just happen to be a little taller." pic.twitter.com/opnEJSHkAb