Your Morning Dump... Where the Celtics are flexing and filling gaps 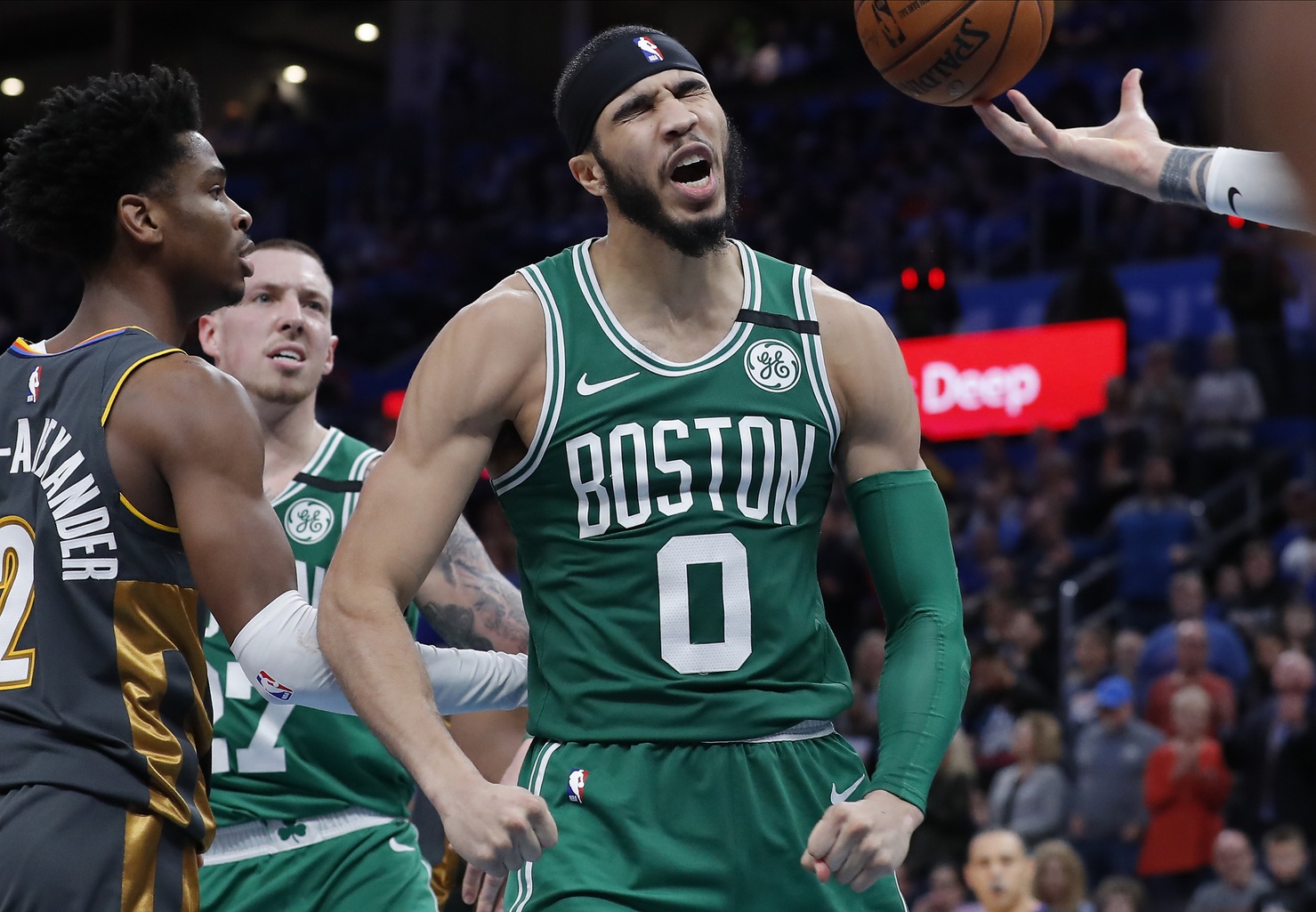 Your Morning Dump... Where the Celtics are flexing and filling gaps

Smart understood the significance of the sequence, but when reciting it afterward he mostly shrugged. He is on this team for moments like that.

“I just felt like I needed to make a play,” he said, “and it was right there for me to make.”

The 47-plus minutes that preceded Smart’s steal had importance, too. It was a rare instance in which the Celtics were operating with all of their top players on the court together. And it offered a reminder, on the road against a very good Western Conference playoff team, of what it looks like when Walker, Jayson Tatum, Jaylen Brown, and Gordon Hayward are all humming at once.

Walked finished with 27 points, Tatum had 26 points and 11 rebounds, Brown had 17 points and Hayward added 13 points and 10 rebounds. Hayward led the team in scoring in the first quarter, Tatum held the honor in the third and Walker took care of the fourth.

“It’s all about who’s got the hot hand at the time,” Walker said. “We have so much talent on the perimeter, it could be anybody’s night. Tonight was pretty well spread out. Guys just made huge plays at different times.”

Kemba Walker has the uncanny ability to lay back while Jayson Tatum is going off, and instantly combust when his number is called. Gordon Hayward is remarkable at filling gaps (more on that in the Locked On Podcast). Meanwhile, Jaylen Brown can seamlessly squeeze off 17 shots. Oh, and Marcus Smart is always ready to make a game-saving/winning play.

What we witnessed last night is the true potential of the Celtics. Whether or not they can maintain this rhythm and mental toughness against powerful opponents remains to be seen, but I’m feeling damn optimistic.

John and I touched on Tatum, Hayward, and guys “filling gaps” in the brand new Locked On Celtics podcast:

On Page 2, Jaylen Brown rolls the other ankle.

“I rolled my other one, my left one, trying to compensate on the right one. Don’t know what side to limp on right now,” he said.

Though some would take this as a cue to miss the last two remaining games before the All-Star break — tomorrow in Houston and Thursday night back at home against the Clippers — Brown wants to try and play, unless the training staff shuts him down.

“I guess I’ll talk to the medical staff and figure out what the best plan is,” he said. “Rolled my ankle three or four times in the last two weeks. I taped it, double taped it. I don’t know. Unfortunate, but we have two games left and need two wins. I’ll try to dig it out and see how it feels.

“It’s been a frustrating few weeks back and forth with injuries, rolled my ankle a few times. Just trying to make it to the break.”

The Celtics have two gigantic tests this week (at Houston, vs Clippers) and I’d love to see Jaylen Brown on the court for both. There’s no doubt the Celtics will be extremely cautious. If JB plays in both, he will still have a full seven days of rest thanks to the All-Star break.