Five Packers Who Had Breakout Seasons in 2019 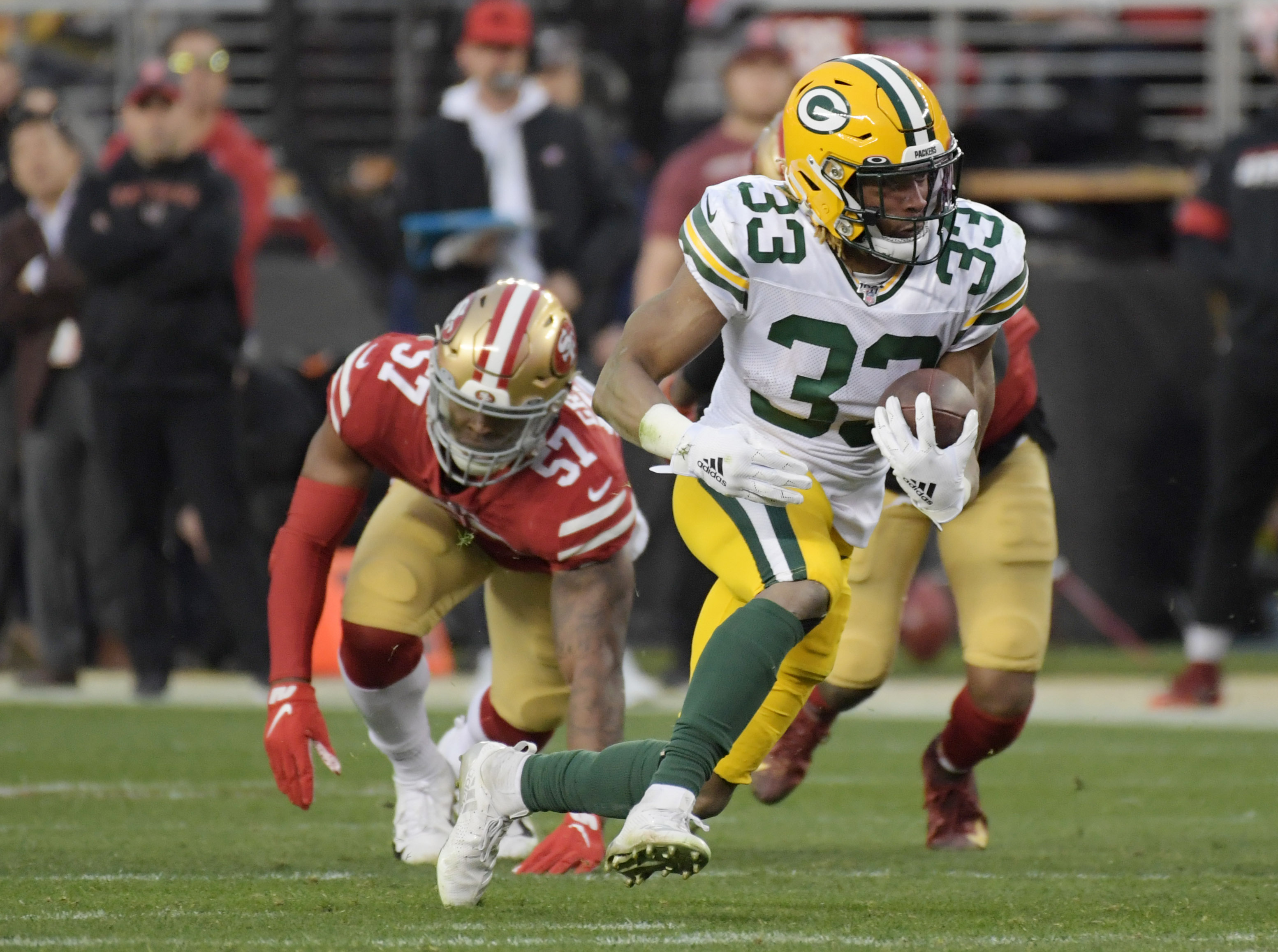 Five Packers Who Had Breakout Seasons in 2019

The Green Bay Packers surprised most experts with their 13-3 record this season and their trip to the NFC title game. One reason for this was the outstanding play of several players who exceeded their past performances and took their play to a new and higher level.

Here is a look at five Packers players who enjoyed breakout seasons in 2019 along with an analysis of why they were successful and how they impacted the team this year.

Before this season, Lazard had caught only one pass in his NFL career for seven yards. He was released by the Packers on cutdown day and assigned to the practice squad before being activated in time for the season opener.

Lazard barely saw the field on offense until the fourth quarter of the Week 6 game against the Lions when he had four key catches for 65 yards and a touchdown.

After that, Lazard earned the trust of Aaron Rodgers and finished the season as the team’s number two receiver. Rodgers often turned to Lazard on key third or fourth downs and the Iowa State product usually came through. Twenty-four of his 35 receptions this season resulted in first downs.

While Lazard is far from an NFL star, he established himself as a contributor on offense with room to grow into an even bigger role in the future if he can continue to add to his game with experience.

Few rookie offensive linemen make major contributions, but Jenkins was an exception. His strong play pushed the starting left guard, Lane Taylor, during the preseason. When Taylor went down with an injury in Week 2, Jenkins took over and never looked back.

The Mississippi State product didn’t allow a sack during his rookie season and while he had some moments of rookie inconsistency, he played a strong overall game, far exceeding expectations.

Jenkins was named to the All-Rookie Team and has a bright future ahead of him. He is a versatile player who played center, guard and tackle in college and can easily fill in anywhere along the line in an emergency.

The Packers are hopeful they have found a starter on the offensive line for the foreseeable future and if Jenkins keeps developing, he could reach Pro Bowl status once he cements his reputation.

When the Packers signed Preston Smith from the Washington Redskins as a free agent, they were hoping he was ready to take the next step in his development with the additional opportunities the move to Green Bay would offer. Preston didn’t disappoint.

The 6’5”, 265-pound Mississippi State alum produced a career high 12 sacks, topping his previous best total by four. He added two more sacks in the playoff win over the Seahawks as well.

Preston was also able to drop back into pass coverage when asked to and intercepted one pass while breaking up four more.

His versatility and enthusiasm helped transform and improve the Green Bay defense in 2019 and made the locker room a better place to be.

Preston Smith took his game to another level in 2019. The Packers are hoping he can maintain that level of play in 2020 or even exceed it.

There were three main factors that contributed to Jones’ increased production this season. First, he stayed healthy for all 16 games. Jones had never done that before.

Second, the new offense Matt LaFleur installed relied more on running backs than the previous system under Mike McCarthy. Jones rushed the ball 103 more times than he did in 2018 while playing in four more games.

Jones also worked on his blocking and receiving skills which meant he was on the field more on third downs. The result was 49 receptions, good for second on the team and nearly double his 26 catches of a year ago.

Jones finished the regular season with 16 rushing touchdowns and 19 total touchdowns, just one shy of the franchise record set by Ahman Green in 2003.

The UTEP alum became the focal point of the offense in many games and when he played well, the offense was usually at its best.

In his first four NFL campaigns with the Baltimore Ravens, Za’Darius Smith never accumulated more than 8.5 sacks in a season. When he got to Green Bay, however, the free agent signee took his game to another level.

Za’Darius led the Packers with 13.5 sacks and added two more in the playoffs as well. He was consistent nearly all season and dominant at times like his 3.5 sack performance against the Vikings that included seven tackles, five quarterback hits and five tackles for loss.

Along with fellow “Smith Brother” Preston, Za’Darius helped change the atmosphere in the Packers locker room and provided leadership on defense and throughout the team.

Safety Adrian Amos explained, “It’s always fun playing with him. He’s a little unstable and little crazy, but you know he is going to bring it.”

His ability to line up inside or outside gave Mike Pettine options when choosing when and where to blitz and helped make the defense more dangerous to opposing quarterbacks.