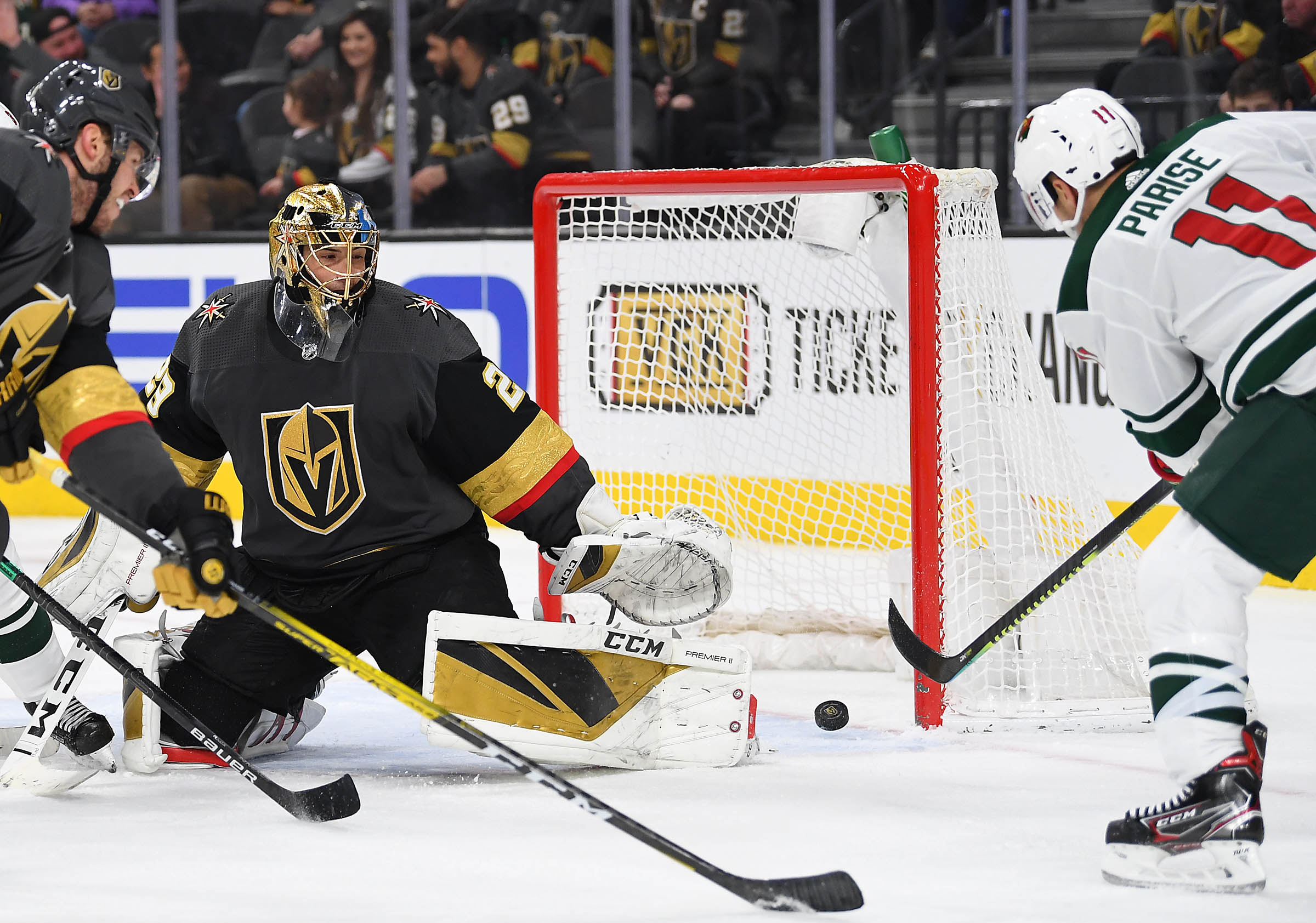 Well here we are folks. The first victim of the upcoming trade deadline has realized itself for Wild fans. Now, we’ll get into that in a moment, but let’s just talk about saying goodbye in itself. Saying goodbye manifests itself differently for everybody, and it’s also depends on the situation. When saying goodbye to people we are particularly close to, like our parents, spouse, siblings, and close friends, there are probably hugs and possibly kisses involved. For friends and acquaintances, the goodbyes probably involve laughter and handshaking. You also may make plans for your next get-together. For people you maybe just met, your goodbye is probably going to be short and sweet. However, if they become a friend, the goodbye will of course change as your relationship changes. And of course for Minnesotans, there is the “long goodbye.”

So if you were paying attention to Twitter or you had NHL notification turned on on your phone last night, you will know exactly what I’m talking about. For those of you living under a rock (and if that’s the case, you probably won’t be reading this anyway), all you need to know is that Jason Zucker has been traded to the Pittsburgh Penguins. Coming to Minnesota, is forward Alex Galchenyuk, defenseman Calen Addison, and a conditional first round pick. The conditions on that pick, is that it’s a first round pick this year if the Penguins make the playoffs, but if they don’t, Pittsburgh has the option to push it back to next year. What’s nice about this trade, is that it definitely helps Minnesota’s cap situation, as Galchenyuk is a UFA at the end of this season. Heck, he can even be traded to another playoff team before the deadline, as he’s the perfect rental player. While Galchenyuk might not have had the kind of success he was originally projected to have had by this time, a playoff team may look for another forward that they don’t have to enter into a long contract discussion with at the end of the season. Zucker had a lot of contract remaining, and considering what this season has been like for him, it was nice to dump that contract. Hopefully this shows Wild General Manager, Bill Guerin, that it’s okay to trade fan favorites. Let’s just say, he has more work to do, and hopefully that doesn’t include a misguided idea to offer yet another contract to Mikko Koivu.

So let’s turn our eyes now to tonight’s game. The first things I want to say, is that it only makes sense at this point let’s just play Alex Stalock as much as possible. While he’s not perfect by any stretch of the imagination, but I know I feel more confident with him in net than Devan Dubnyk. The easy goals that Dubnyk continues to give up, needs to be a wakeup call to everyone from coaches, front office, to fans that he is not the goaltender he portrays himself to be. When a goaltender claims that a soft goal that 9 out of 10 goaltenders would have stopped was “bad luck”, they need to have a meeting with reality. This is a team that frequently speaks in cliches (Marcus Foligno often being the exception), but Dubnyk is often the worst when it comes to his interviews. I would rather see Stalock tonight, because right now he’s more trustworthy and his head certainly seems more in the game than Dubnyk’s.

Tonight’s opponent, is certainly beatable. This season’s version of the Vegas Golden Knights is more realistic version of a new team. Going to the Stanley Cup Finals in their first season has definitely set unrealistic expectations with their fanbase. Their team stats are simply middle of the pack. They’re not great, but they’re not horrible either. Goaltender Marc-Andre Fleury certainly looks far more human than he did in the Golden Knights’ first two seasons. With his .906SV% and 2.82GAA, it is also reflected in the team’s goals against per game (3.02) and penalty kill (79.0%). What I think is truly scary, is their 3.15 goals for per game. There are many seasons, where when any team is scoring 3.15 goals per game, they would be sitting at the top of the league, their division. Yet here’s the thing, that 3.15 goals for per game, has them in 15th place for that particular stat. Right now, the top team in the league for that particular stat is Colorado with 3.65 goals per game. That’s just crazy. And what’s even crazier, is that Minnesota is scoring 3.05 goals for per game, which has them in 16th place for that stat, just behind Vegas. The difference between Minnesota and the playoff bound teams is all about team defense. Minnesota can score but they’re allowing more goals scored on them than what they score. Vegas is almost even between goals for per game and goals against per page. That could make or break their outing in the playoffs. I think they’re going to need to shore up their team defense if they’re hoping to go far this season. And it goes without saying that is definitely something that Minnesota needs to figure out.

And now that some of you are trying to come to grips with the departure of Zucker, let’s remind you of how you as a Minnesotan needs to say goodbye. It will help you come to terms with his absence.