Shad Khan raves about having two solid QBs, calls it 'embarrassment of riches' 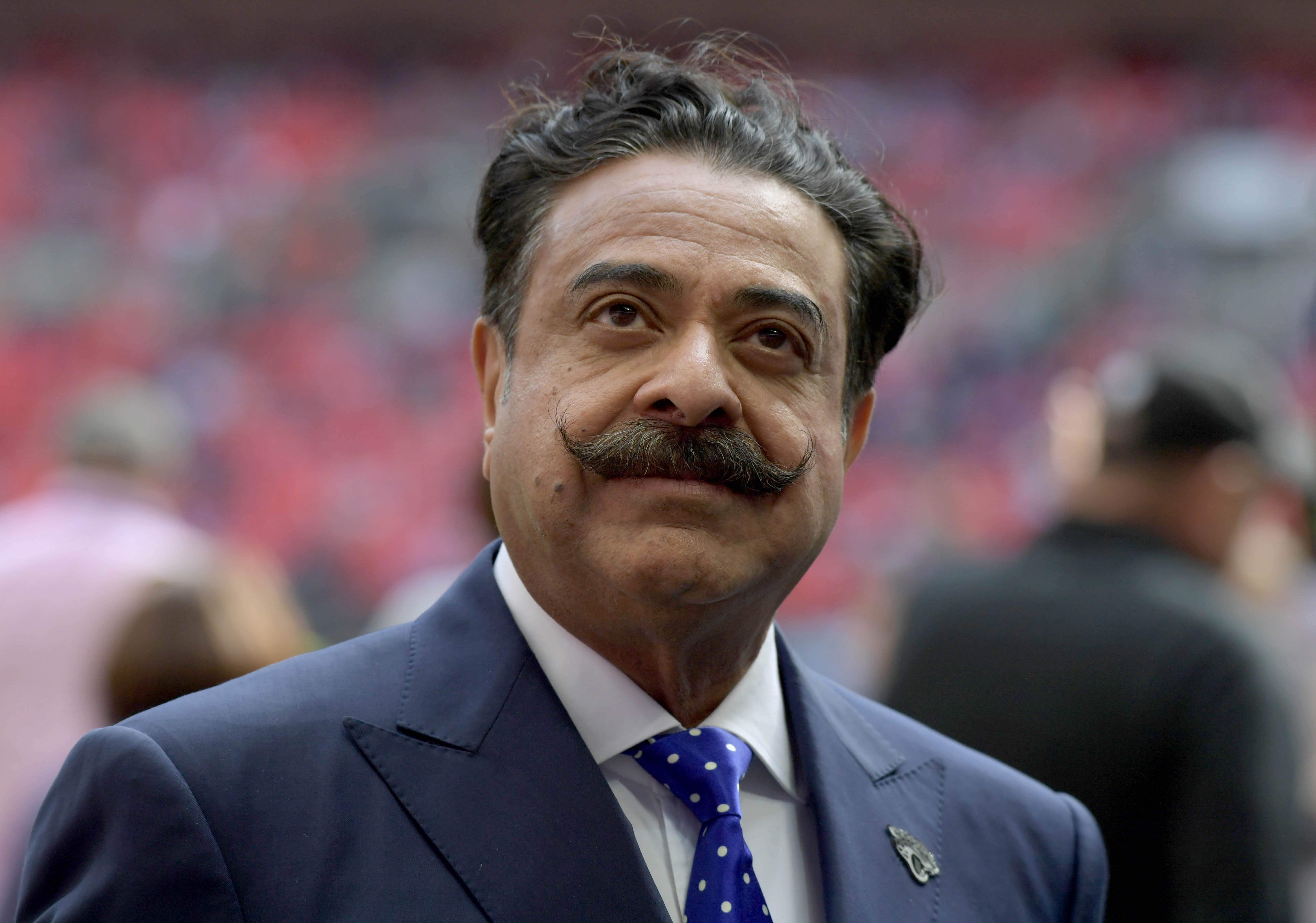 Shad Khan raves about having two solid QBs, calls it 'embarrassment of riches'

Most NFL teams look to have only one starting-caliber quarterback on their roster, given that it’s tough to build a roster when so much money is allocated to only one position.

But the Jaguars have a bit of a different approach, as they drafted Gardner Minshew, but also paid Nick Foles a boatload of money, giving him $88 million over four years.

It doesn’t appear that the Jags have any plans to trade Foles, either, given the dead cap money, and also their commitment to him. And while some teams would feel a bit handcuffed by that bloated deal, team owner Shad Khan provided an optimistic take on the two-quarterback situation.

“Frankly, this past year proved you better have two competent quarterbacks, OK?” Khan said, via the team’s official website. “There were a number of teams if they didn’t have a competent [backup] quarterback [in 2019], they wouldn’t have made it. If you look at it, from where we’ve come from . . . an argument could be made we didn’t have any competent quarterbacks, so this is, in a way, an embarrassment of riches for us in a good way that we do have two very good quarterbacks. I think as we move forward in this season – training camp or whatever – the coaches will have their work cut out to determine who gives us the best chance of winning as we move forward.”

That’s all well and good, but having a capable quarterback sit and watch from the bench doesn’t seem like an efficient personnel move.