Your Morning Dump... Where Tatum's collecting honors and the All-Star Break is almost here 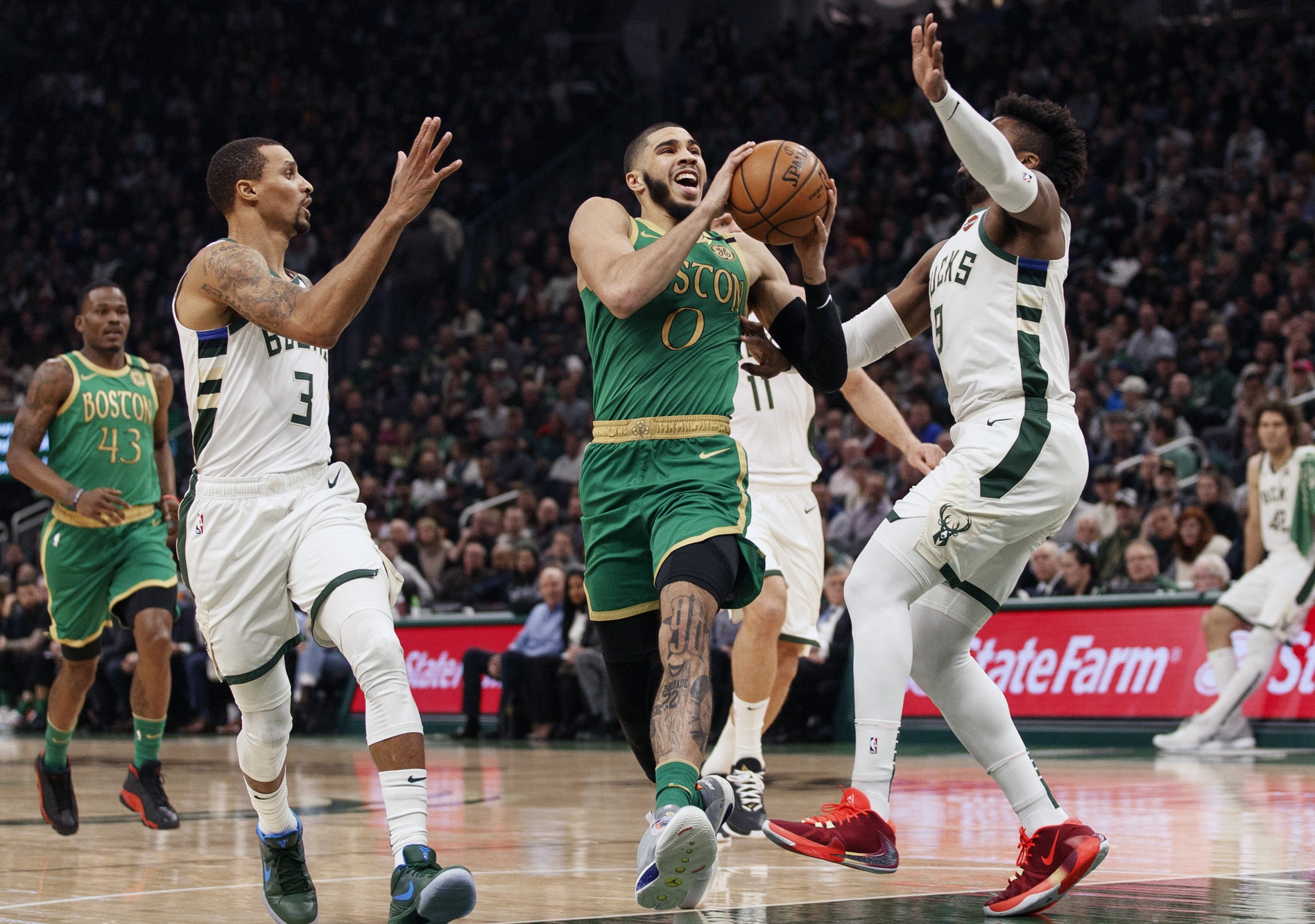 Your Morning Dump... Where Tatum's collecting honors and the All-Star Break is almost here

The NBA announced Monday afternoon that Boston Celtics forward Jayson Tatum has been named Eastern Conference Player of the Week, the second consecutive week a Celtic won the award.

Last Monday, the NBA awarded Jaylen Brown Eastern Conference Player of the Week for the second time this season. This week, Tatum takes over after a dominant stretch of games. The Celtics went 4-0, while Tatum averaged 29.8 points, 7.5 rebounds, five assists, 1.0 steals and 1.3 blocks per game. He scored at least 25 points in all four games and posted back-to-back 30-point outings. During that stretch, Tatum shot 54 percent from deep.

It’s the week of the All-Star game and the Celtics still have three games on the slate. One down and two to go. Tonight’s matchup comes against Houston on what will be the C’s third and final trip to Texas this season. Then they’re back home to host the Clippers on Thursday.

The Celtics are at a point where I believe they’re one of the best teams in the league, if not the best when they play their way. For Boston, winning is no longer contingent on the quality of the opponent, it comes down to how well the C’s execute. Three or four years ago, in the Crowder-and-IT days, the C’s had a chance to win any game that they played their way, where they executed on offense and defense.

The difference in talent with this year’s team means that this team should win any game where they put together a complete effort.

And Jayson Tatum is one of the reasons why this team has gone from could win to should win.

There are other reasons: We expected that the Celtics would struggle down low after losing Baynes and Horford, but Daniel Theis has made a third-year leap, providing exactly the sort of high-IQ play that we came to expect from Al Horford, even if he’s less of a threat on the offensive side of the court.

Tyrese Rice, the former Boston College star who has built a long career in Europe, most recently with Greek power Panathinaikos, played three different stints in the German Bundesliga, where Theis eventually emerged as a two-time defensive player of the year for Bamberg.

“He’s always been athletic, but the biggest thing that took him over the top was his work ethic and his basketball IQ,” said Rice. “He continues to get better, continues to learn more about the game, and he respected it and kept improving.

“What he does is he sniffs out issues with everyone else and covers for us,” said the Celtics coach. “He does so much that doesn’t go into the box score. Even on that last play, he had (Chris) Paul and guarded Paul on one of the last plays of the game. His length bothered the shot. He does a lot of good things.”

Jaylen Brown and Gordon Hayward both have regained comfort and confidence with their place in the team. There’s a bit of bland coach-speak about ‘letting the ball find the best shot’, but there’s a bit of logic behind it: In any given offensive set, there’s going to be a ‘best shot’ and a few shots that are better than others. Against average NBA defenses, both smart ball movement and smart movement without the ball will usually result in at least one player having an open shot or a clear path to the basket. And even where the defense is especially good, not all players are equally good defenders, so there will always be a weaker defender that can be attacked.

An offense where individual players are not worried about their individual stats can pick any defense apart, either by creating open looks or by taking advantage of mismatches.

But the key is that the individual players have to think collectively. They have to believe that it doesn’t really matter who gets two points, or three points, or a trip to the line, as long as the team gets something from that possession.

I think this year’s team gets that. Even during the ugly 2-6 stretch at the beginning of January, sloppy play seemed to be more due to mental fatigue than players lacking confidence in their teammates.

Page 2: Where Robert Williams is on his way back

Williams worked with assistant coach Jerome Allen prior to the Celtics’ 112-111 win over the Thunder, leading the 22-year-old to storm into the locker room screaming with excitement, according to The Boston Globe’s Adam Himmelsbach. It was his first unrestricted workout since the injury, meaning Boston’s frontcourt reinforcements are right around the corner.

Before the injury, Williams was averaging 3.9 points, 4.6 rebounds, and 1.1 blocks on 67.3 percent shooting in 32 games (9.9/11.7/2.8 per-36 minutes). Williams’s rim-running, athletic ways proved to be very useful for the Celtics before he was sidelined, and they likely will again alongside Daniel Theis and Enes Kanter.

Robert Williams is the main reason why I’m fine with the C’s missing out on Clint Capela.

Without Robert Williams, the Celtics are still one of the best teams in the league, and I think the long-term picture looks better with Williams on the roster than Capela.

However, the C’s are going to have a real challenge re-integrating him into the lineup. Williams is an enthusiastic player, but also very inexperienced, and that’s the kind of weakness that offenses thrive on. Hopefully, Williams has taken advantage of the past two months of enforced inactivity to study film, but even with that, it’s going to take time for him to put what he’s learned into practice.

But long-term, I’m not worried about a team that has Daniel Theis and Robert Williams platooning at center.