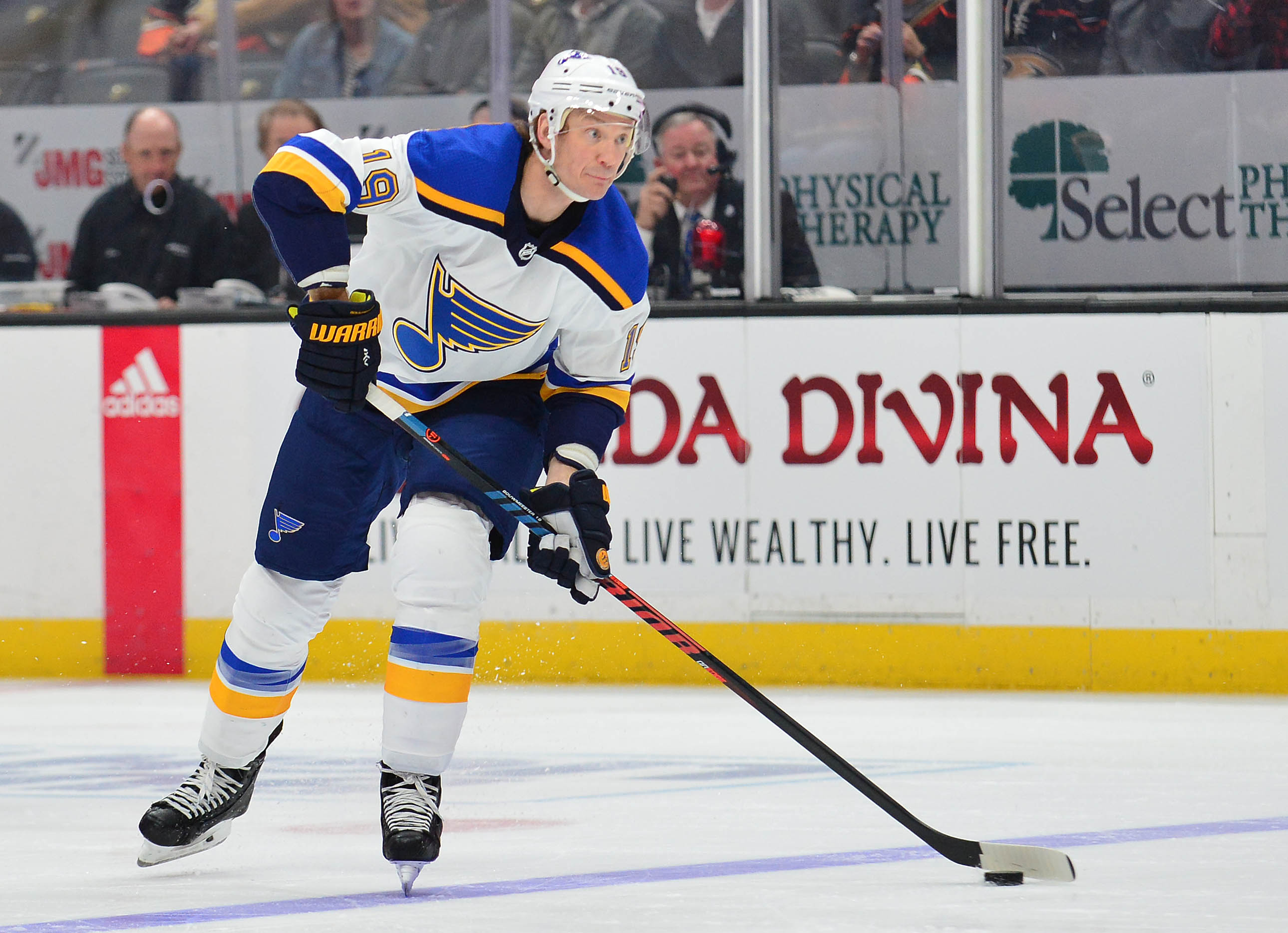 In a scary incident in the National Hockey League on Tuesday, St. Louis Blues defenseman Jay Bouwmeester of Edmonton, Alberta collapsed on the bench during their game against the Anaheim Ducks at the Honda Center. Bouwmeester’s collapse happened with seven minutes and 50 seconds left in the first period and the game tied at one. Out of respect to Bouwmeester, the game was postponed and will be made up at a later date that has not yet been announced.

According to Joe Reedy of the Associated Press, Bouwmeester, who is 36 years old, suffered a cardiac episode and was taken to hospital for further testing. Upon leaving Honda Center, he was showing mobility in his arms and legs and was alert. It has also been reported that Bouwmeester was drinking from his water bottle when the incident took place and was carried off on a stretcher.

At the time of Bouwmeester’s collapse, the game was tied at one goal apiece. Adam Henrique of Brantford, Ontario scored from Hampus Lindholm of Helsingborg, Sweden and Josh Manson of Hinsdale, IL at 5:29 of the first period to open the scoring for the Ducks. The Blues then tied the game at one goal apiece when Ivan Barbashev of Moscow, Russia scored from Jordan Kryou of Toronto, Ontario at 7:17 of the opening frame.

In the 12 minutes and 10 seconds that were played, Bouwmeester was on the ice for six shifts, including the goal that was scored by Barbashev. He was a +1 in five minutes and 34 seconds worth of action.

In 57 games this season, Bouwmeester has one goal and eight assists for nine points, is a +7, with 20 penalty minutes, one shorthanded assist, point, 53 shots on goal, 68 blocked shots, 44 hits, 11 takeaways and 32 giveaways. Bouwmeester scored his goal in a 6-4 Blues win over the Ottawa Senators on October 10. He also had his shorthanded point with an assist on a goal by Oskar Sundqvist in a 4-3 Blues win over the Tampa Bay Lightning on November 27.

The Blues are currently in first place in the Central Division. They have a record of 32 wins, 15 regulation losses and nine losses in extra time for 73 points. The Blues have one more point than the Colorado Avalanche.