Your Morning Dump...Where the Celtics get lulled into James Harden's booby trap 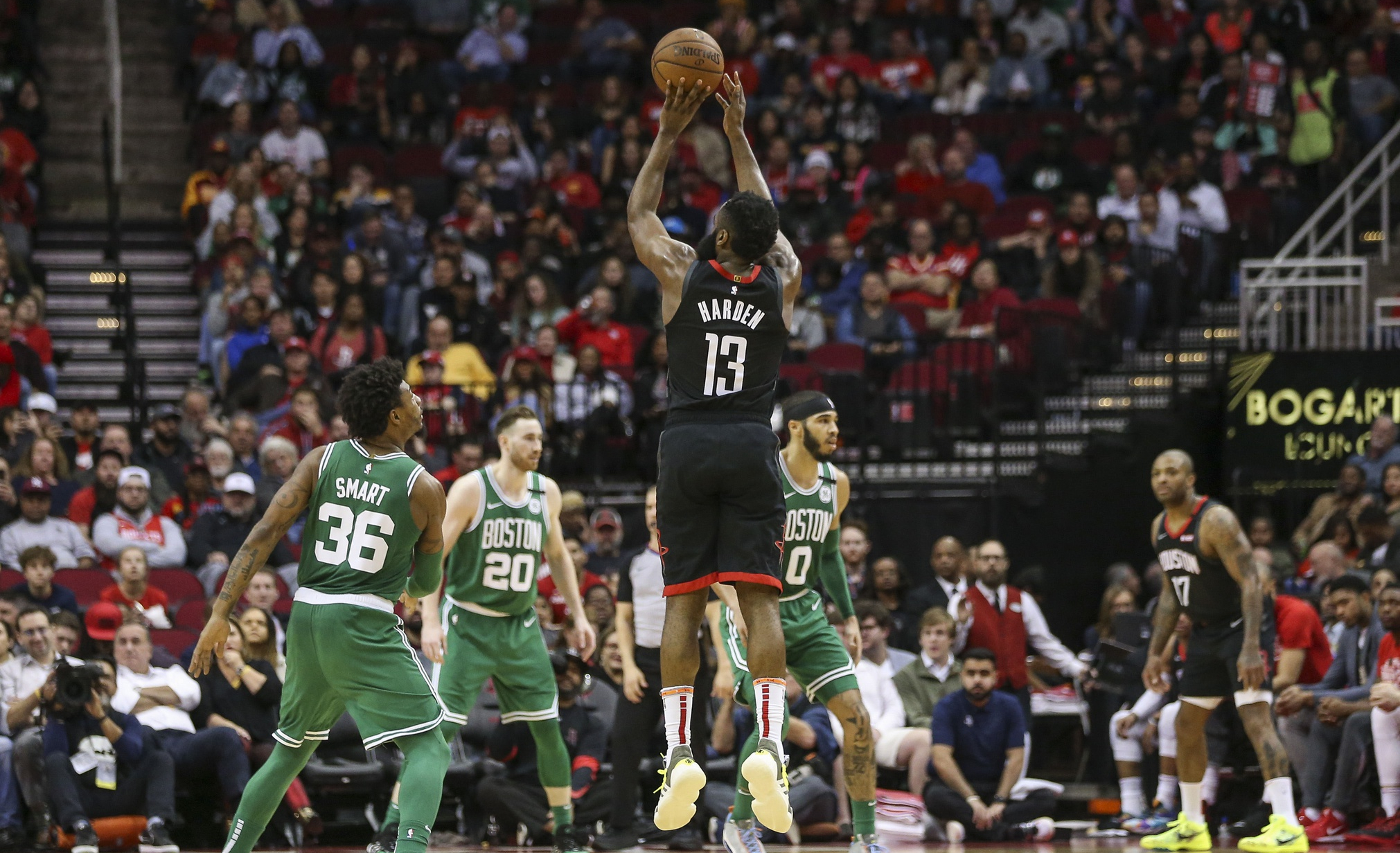 Your Morning Dump...Where the Celtics get lulled into James Harden's booby trap

Marcus Smart stood in front of his locker in the Toyota Center’s visiting locker room, half undressed, ranting about the officiating…

“I think Russ and James shot 31 between the two and our team only shot 25,” Smart said after he had calmed down some. “That’s a big discrepancy.”

It certainly is. In a game Boston lost by 11, they were outscored by 17 at the free throw line.

I’ll be the first to say it: last night’s game was borderline unwatchable at points in time. There was no flow to the game and whenever it seemed like the Celtics had something going a whistle would blow. For some context, the Rockets shot a mind-boggling 42 free throws compared to the Celtics’ 25 (Harden shot 18 alone). While it’s easy to simply look at it and blame James Harden and Russell Westbrook’s antics, the Celtics fed into it.

A handful of times they were baited into fouls by jumping on shot fakes and the discipline was lacking all night long. The effort was also lacking as it seemed like they mailed it in a little bit late in the game. They weren’t given the benefit of the doubt by the officials and it turned into one of the most frustrating nights of the season.

Smart wasn’t done ragging on the officials as he finished with this statement about the respect he gets from them:

“Thought I did. First team all defense, one of the best defensive players in the league, I would think so. Up for defensive player of the year, they’re talking, but obviously not,” he said. “Continue to keep working. I mean, we have Jayson Tatum, we have Kemba Walker, all-stars, we have Jaylen Brown, potential all-star, we have Gordon Hayward, was an all-star. We got star guys, too. If that’s the case we should be getting the same calls that those stars are getting.”

All in all, the Celtics did exactly what the Rockets wanted them to do. They were far more focused on the officials than the actual game and it was something that really swung the tide. Boston had 18 turnovers as a team and got a couple of abysmal efforts from the field from their top scorers as Jayson Tatum and Kemba Walker went a combined 10-32 from the floor and 1-13 from three. No matter what happens with the officiating, it’s going to be tough to win games shooting that poorly and turning the ball over.

The frustration even boiled over a bit as near the end of the game they became lackadaisical on both ends. They weren’t taking smart shots, they turned it over, and their defensive rotations left a lot to be desired. The team looked completely deflated and showed energy we haven’t seen since last year.

In the end, It is just one game, but it highlighted something important. No matter what happens with officials, the scoreboard, whatever, they have to stay poised. We can all blame the refs and James Harden’s flopping until we’re blue in the face, but it’s true. They knew this would be a part of the game and they still got lulled into it. This sort of thing is going to happen in games and when it’s playoff time (remember playing Giannis?), it’s not an excuse. Luckily for them, they got this lesson on February 11th and not in April, May, or, dare I say it…June.

Page 2: Where Jaylen Brown continues to get banged up

The injury bug continues to pester Jaylen Brown. The Boston Celtics swingman was injured yet again during Tuesday’s loss to the Houston Rockets at Toyota Center. Brown slipped while battling Russell Westbrook for the ball late in the fourth quarter and took a tumble before limping off to the sideline, where he met with trainers.

“He got his calf kicked, so it’s a calf contusion,” head coach Brad Stevens told reporters after the game, via NBC Sports Boston. “I don’t know what that means.”

Brown confirmed he took a knee to his left calf but hopes to compete in Thursday’s game against the Los Angeles Clippers in Boston, per NBC Sports Boston’s A.Sherrod Blakey. With one game until the All-Star break, however, it’s unclear if the Celtics will take the risk.

If there’s one guy who could really use some good old fashioned PTO, it’s Jaylen Brown. Coming into last night’s game both of his ankles were slightly sprained and it was questionable if he’d suit up. Ultimately, he did, and low and behold injured himself again. He was clearly in some pain as several times he was seen wincing and hobbling up the court. While these games are important, it might not be the worst idea to give him a few more days off so he can come back from the All-Star break as fresh as can be.