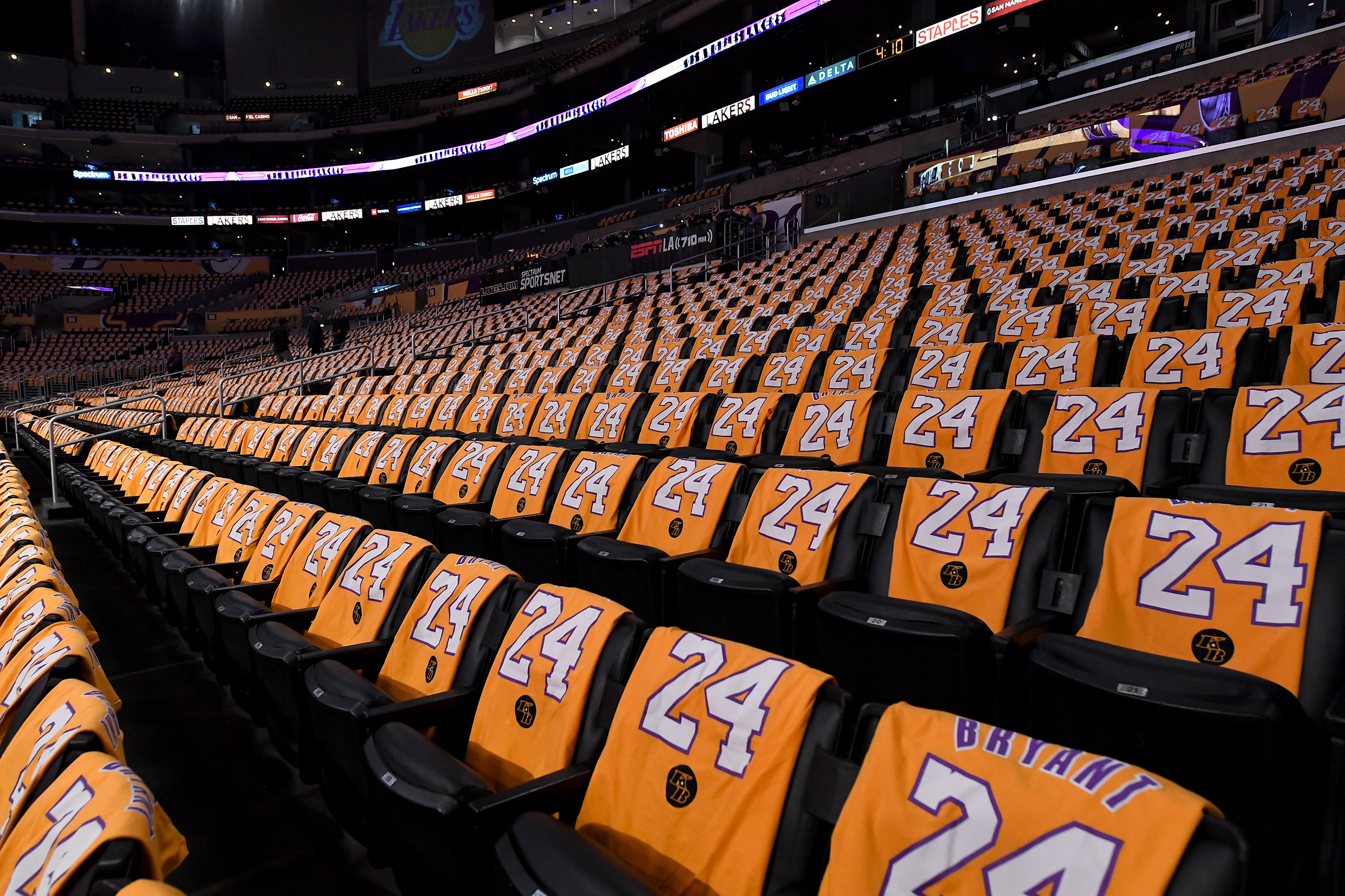 Recently, not just sports fans but the world were shocked by the news of NBA superstar Kobe Bryant’s death. Bryan was a Los Angeles Laker for years, and he was first drafted into the NBA when he was only 17 years old.

At the time, he was the youngest player to ever play in an NBA game. He went on to win many awards and accolades, and he was an 18-time NBA All-Star as well as a five-time NBA Champion.

There were a total of 9 victims in the crash, and it highlighted the dangerous risks that can come with riding in a helicopter.

While Bryant’s helicopter crash was certainly shocking, it wasn’t the first sports tragedy to catch the attention of the world and leave many reeling.

Police launched a manhunt, and they captured one of the bombing suspects while another died during a shootout with law enforcement.

At the time the pressure cooker bombs went off, there were still more than 5,600 runners in the race.

Oct 13, 2019; Talladega, AL, USA; The car raced by the late Dale Earnhardt Sr. sits on the grid prior to the 1000Bulbs.com 500 at Talladega Superspeedway. Mandatory Credit: Jasen Vinlove-USA TODAY Sports

Dale Earnhardt was one of the most well-known and celebrated auto racing drivers in the world, and he was killed in 2001 at the Daytona 500. He crashed into a retaining wall after making contact with two other drivers.

His death likely occurred immediately upon impact, although it wasn’t announced until later that day. He was only 49 at the time of the crash.

He was the fourth NASCAR driver to be killed within eight months at that time.

More than 17 million viewers watched the accident live on television. The cause of death was blunt force trauma to his head, among other injuries.

The 1972 Summer Olympics were held in Munich, and on September 5, it turned into one of the darkest days not only in sports but also world history. A group of Palestinian terrorists stormed the Olympic Village apartments of Israeli athletes and killed two while taking nine other people hostage.

The terrorists were in a group called Black September, and to release the terrorists they demanded Isreal release hundreds of Arab prisoners.

There was a shootout at the Munich airport, and the nine hostages were killed as were five terrorists and a West German police officer.

On April 15, 1989, there were more than 50,000 people at the Hillsborough Stadium in Sheffield, England. They were there for the FA Cup Semi-Final soccer match between Liverpool and Nottingham Forest.

There was a bottleneck of Liverpool fans trying to get into the venue, so police opened an exit gate. People as they were rushing to get in and there were more than 3,000 fans in a standing-room-only area that was meant to have a maximum capacity of 1,600.

The game was stopped after six minutes because of the crush in the stands. People were suffocating and trying to escape over the fence, and reports at the scene said people were climbing over dead bodies to get out.

There was a slow emergency response, and fans were trying to help each other.

There were 96 deaths and 766 injuries as a result of the human crush.

In 1994, someone used a police baton and hit her in her landing knee. Rival Tonya Harding’s ex-husband hired the attacker. She did recover following the accident but it gained worldwide media attention.

Southern Airways Flight 932 was a chartered flight that was going from Stallings Field in Kinston, North Carolina, to Huntington Tri-State Airport in West Virginia. The plane crashed on November 14, 1970 and it killed all people on board.

It was carrying 37 members of the Marshall University football team, eight coaching staff, 25 boosters, and a flight crew of five. The team was going back home after playing the East Carolina Pirates in Greenville, North Carolina.

At that time, it was fairly rare for the Marshall athletic teams to travel by plane because most events were within driving distance. It was the deadliest accident affecting any sports team in the history of the United States.

Just a short time before the Marshall crash was the Wichita State University football team plane crash. The team chartered a flight on October 2, 1970, and the crash ultimately killed 31.

It was found that pilot error played a major role in the crash.

In 1972, there was yet another tragic plane crash involving a sports team. The chartered flight started out in Uruguay and was going to Santiago, Chile. It crashes on a glacier in the Andes, however.

There were 45 people onboard, and 28 survived the crash however they had to turn to cannibalism because they were facing starvation and death. After spending 72 days on a glacier 16 people were rescued.

The people onboard were members of a rugby team along with their family, friends, and supporters.

The story has been recounted in pop culture throughout the years including in movies and documentaries.

Unfortunately, while Kobe Bryant’s tragic death may be fresh on the minds of many, it’s only one of so many sports tragedies that have occurred over the years.