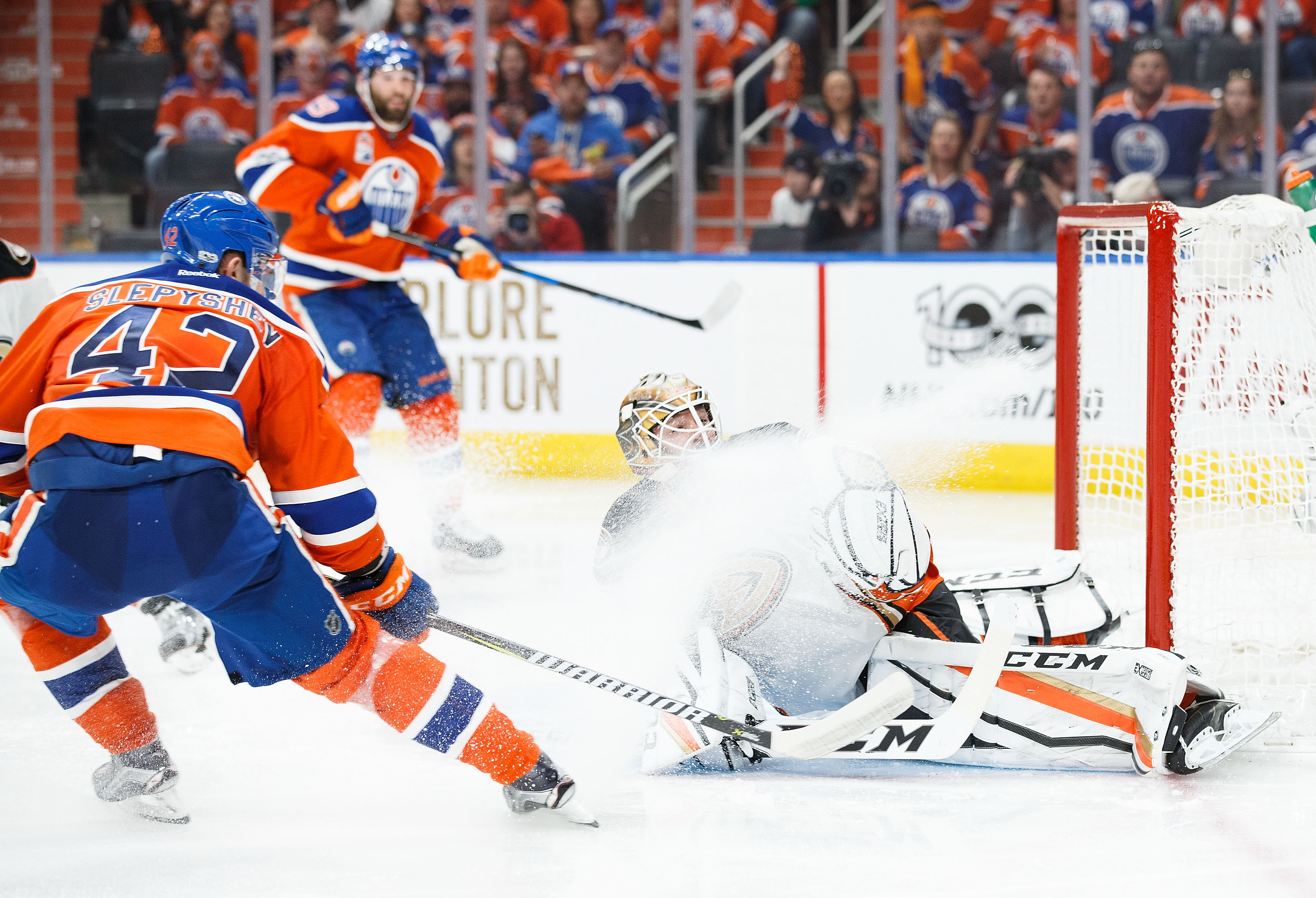 Slepyshev quickly returned to the KHL in the summer of 2018, signing a two-year deal with CSKA Moscow. One of the big reasons Slepyshev left Edmonton was his unstable role under the eye of coach Todd McLellan. He never seemed to gain the trust of the veteran bench boss, who never truly gave the Russian a defined role.

This summer, Slepyshev will be a free agent yet again as his KHL deal expires. The Oilers, thanks to a qualifying offer in 2018, retain his rights. There is a real chance that GM Ken Holland, who has taken plenty of chances on European talent before, will bring the forward back to Edmonton.

Oilers insider Bob Stauffer sent out a Tweet on Wednesday that perhaps hints at a reunion between the sides. Stauffer mentioned that the club retains his rights, while adding there is “no question” that he could play in the NHL as a bottom six forward.

Only 25 years old, Slepyshev is 6’2″, 220 pounds, has plus skating and a good shot. The Oilers, in desperate need of wingers who can skate and score, certainly would be a fit for his services.

Slepyshev, despite McLellan’s usage suggesting otherwise, was actually a strong depth player for the Oilers in 2017-18. He posted a Corsi For of 51.9%, which was positive relative to his teammates (+1.9%).

His Fenwick For % of 51.7% (+1.1%) was also positive compared to the rest of the Oilers, while his PDO was below 100 at 99.0. It’s actually fair to argue that Slepyshev, while being a strong possession player, was actually a little unlucky in his last NHL season.

His 12 points don’t pop off the page, but he did everything at even strength. Even with a hard shot and good legs, Slepyshev never got a powerplay push in Edmonton. All 12 of his point came at five-on-five while shooting at 8.2% (73 shots).

He played a true depth role too. Slepyshev, per hockey-reference (all stats via them, by the way) played just 11:49 per game. He usually played down the depth chart and rarely got a look with Edmonton’s skilled forwards at the time.

As a right-shot left winger, Slepyshev provides some value in a bottom six role. No longer being blocked by Mark Letestu on the powerplay, perhaps Slepyshev could get some looks on the second unit if he does return to the Oilers at some point in time.

Although the cap situation will be better next season, the Oilers will still need to find value deals to fill out the NHL roster. Slepyshev could be one. He’s proven to be an NHL player, and has had two strong seasons in the KHL since leaving. This year, in 48 games, the forward has 35 points (16-19-35) and has been an impact player for one of the league’s best teams.

He won’t be a game changer in Edmonton, but Slepyshev could be a nice complementary winger who can keep the pace up, chip in some offense and maybe even help on the powerplay.

Assuming the money won’t be high and there won’t be much term attached, it’s a relatively low-risk situation for Holland should he bring the Russian back to Alberta.

There’s a lot of smoke here. Don’t be surprised if Slepyshev is back in Edmonton this spring.