Your Morning Dump... Where all the Celtics need to do is continue their brand of basketball 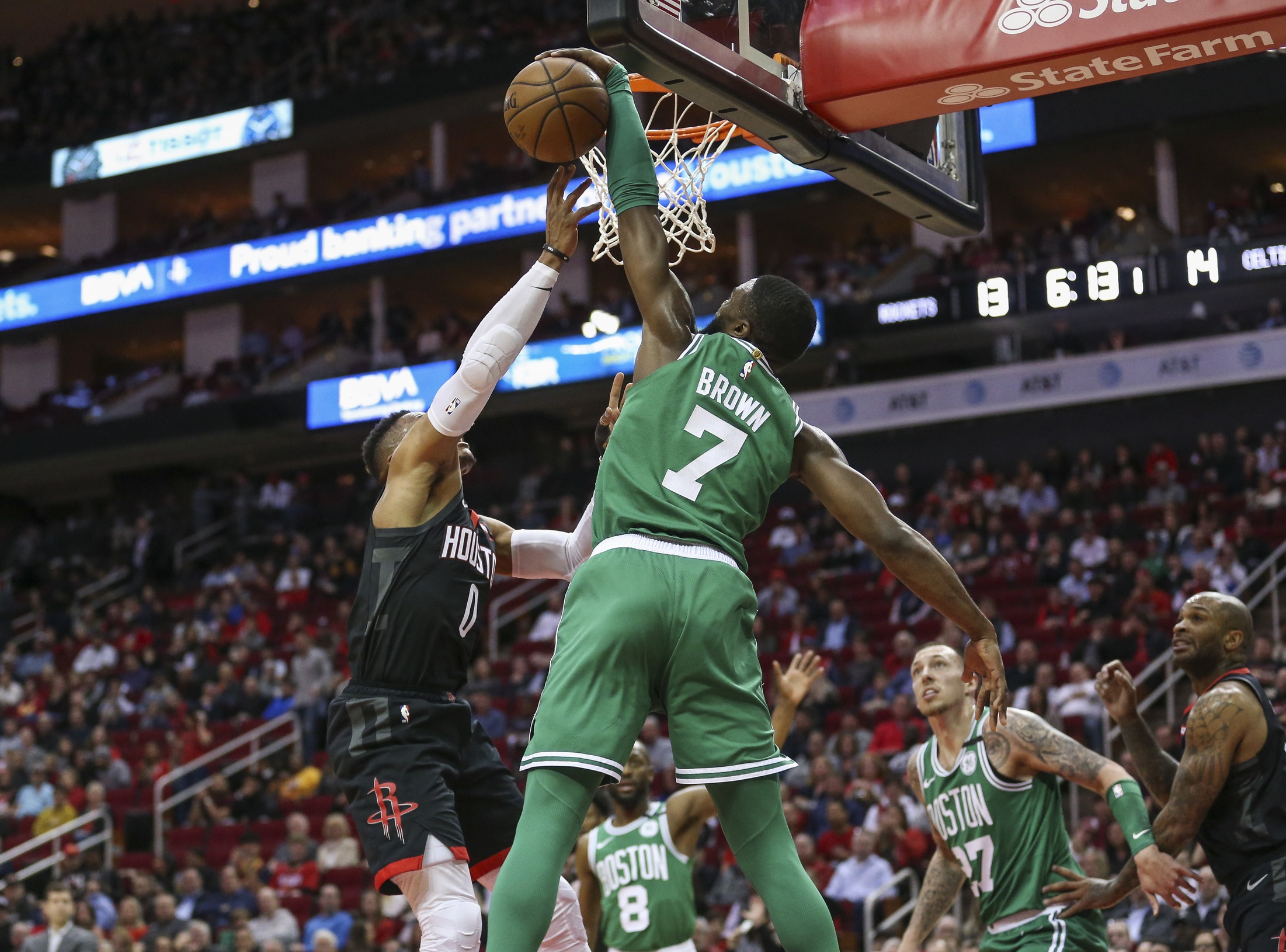 Your Morning Dump... Where all the Celtics need to do is continue their brand of basketball

Yes, the officiating Tuesday night was terrible. Yes, the win and Tatum’s 25 point game streaks are over. But this is not the time to overreact about free-throw discrepancies or trade deadline what-ifs. The Celtics need to simply continue playing their brand of basketball, and that starts tonight against the Clippers.

Zoom out, and the Celtics rank fifth in the NBA in offensive rating and third in defensive rating 53 games into the 2019-20 season. Boston is third in both net rating (plus-6.8) and point differential (plus-6.9), trailing only the conference-leading Bucks and Lakers in both categories.

Essentially, despite all their injuries, the Celtics project as a legitimate contender out of the East. Despite only scratching the surface of their potential, Boston lingers among the league’s elite.

Naysayers and pessimists will bring up the fact that the Celtics have the 8th most difficult schedule for the rest of the season. Or the fact that they will likely draw the Pacers (revamped with Victor Oladipo) in the first round. And then still would have to face the Raptors and Bucks just to reach the finals. But where’s the fun in shaking in our boots regarding potential opponents? Other teams should be afraid of the star power of the Green!

At age 23, Brown is averaging career highs in points (20.2), rebounds (6.4), and assists (2.2). Thank goodness the Celtics signed him to that contract extension in the preseason, because he’s become a max-deal player, and someone who might just be capable of being the second-best player on a championship-caliber team.

And the man capable of being the best player on a championship-caliber team is already here. At 21, Tatum has the pedigree — one-and-done college star, No. 3 pick in the draft but No. 1 in Danny Ainge’s heart, immediate success in the NBA, and now, improvement in Year 3 — to become a go-to force that opposing teams struggle to stop even though they know what is coming.

No, his rise hasn’t been linear. He developed some bad I-gotta-get-mine-now habits last season, and did not mesh well with Irving. But he acknowledged and corrected those flaws, while also clearly putting in the necessary time in the weight room.

He’s averaging 22.1 points, 6.9 rebounds, and 3.0 assists, all career bests. He’s also made huge improvements as a defender. The result is his first All-Star appearance — what should be the first of many.

Not to mention the duo above has won the Eastern Conference Player of the Week award three times (Brown 2, Tatum 1) this season and we haven’t even hit the All-Star break. Additionally, The Celtics are the only team in the league to have four players averaging over 17 PPG, and Marcus Smart still has my vote for DPOY.

Instead of focusing on what opponents they have coming up, the C’s should be focused more on playing their brand of basketball every game.

The Celtics were able to change their travel schedule during their West Coast road trip later this month to accommodate the Kobe Bryant memorial in Los Angeles.

Travel and equipment manager John Connor got the charter flight to Portland, Ore., moved back to later that afternoon.

“I knew we’d have a number of guys that might want to go to the memorial,” coach Brad Stevens said. “It’ll be completely up to them, but we wanted to give us that flexibility and that option. Staff and players will all be able to go if they want to.”

The basketball world still mourns the loss of Bryant, and for players like Tatum who grew up idolizing and ultimately learning from Kobe, this will be a welcomed reprieve.

As we approach the All-Star break, Celtics players are looking forward to their own ways of enjoying the weekend.

For Jaylen Brown, the extra few days off will be spent nursing his injured ankles. For Jayson Tatum, he will look to defend his title as Skill Competition champion but also relish his time on the court with other All-Stars for the first time.

“Yeah, but it’s still surreal that I actually made it [to the All-Star Game],” Tatum said. “I’m just excited for next weekend. Honestly, I can’t wait.”

MassLive An ode to the empty NBA gym, the most beautiful thing I get to see