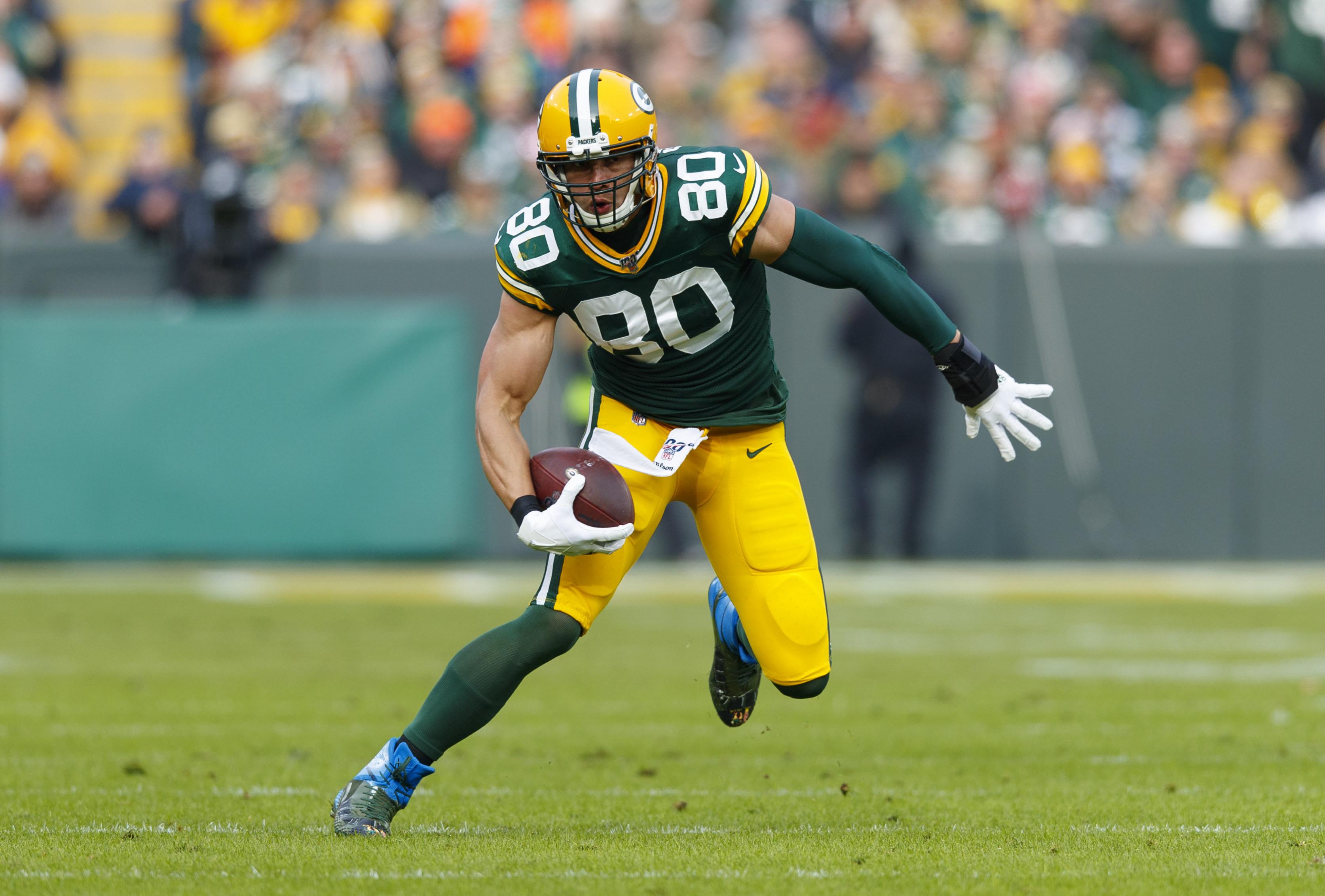 The Green Bay Packers head into this offseason with a lot of uncertainty at the tight end position. While we don’t yet know exactly what the roster will look like in 2020, the odds are that there will be significant changes at the position for the Pack next season.

Here is a look at the Packers current situation at tight end and what the team is likely to do during the offseason:

Jimmy Graham has been the starter for the past two seasons. He caught just 38 passes for 447 yards and three touchdowns this season and has been a big disappointment since signing with the Packers as a free agent prior to the 2018 campaign.

Graham was once an elite pass catching tight end. However, the five-time Pro Bowler has lost a step and no longer gets consistent separation from opposing defenders.

He is no longer very productive. Graham had only one game all season with more than four catches and never gained more than 65 yards receiving in any game in 2019. In six games, he had one reception or fewer making him a virtual non-factor in the offense at times.

Graham has one year left on his contract, but the Packers can save approximately $8 million in cap space by releasing him this offseason. It is almost certain he will not be back in Green Bay.

Graham is as good as gone so the question becomes where do the Packers go from here?

Veteran Marcedes Lewis was the primary backup last season. Lewis’ contract is up, and he will be an unrestricted free agent unless the Packers sign him to a new deal before free agency begins next month.

Lewis is the Packers best blocking tight end. He will be 36 before the 2020 season starts and he has not announced whether he will play again next season.

At this point in his career, Lewis is just a possession receiver although he still has good hands. He caught 15 passes for 156 yards and a touchdown for the Packers in 2019.

Lewis is a leader in the locker room and a veteran player who has seen it all in the NFL. If he returns to Green Bay in 2020, he will remain primarily a blocker and a virtual coach on the field.

Robert Tonyan is a converted college wide receiver with intriguing combination of size and speed. He is an average blocker at best although the Indiana State product has worked hard to improve in this area.

Tonyan caught 10 passes for 100 yards and a touchdown in 2019. Injuries limited him to 11 games this season and limited his opportunities in others.

The Packers have been excited about Tonyan’s potential, but his as he approaches his third season, it’s time for him to take a step forward and start to realize that potential or he will remain a career backup/role player.

Jace Sternberger missed the first half of the season with an injury. He was activated in November and played in six late-season games and both of Green Bay’s playoff contests.

While Sternberger didn’t catch a pass in the regular season, he showed a willingness to block and was effective as an H-back when fullback Danny Vitale missed time with assorted injuries.

In the playoffs, the rookie third-round draft choice out of Texas A&M caught three passes including his first NFL touchdown.

As of right now, Sternberger is considered the frontrunner to be the starter at tight end in 2020. However, he has only played in six NFL games and still must prove he is ready to be a starter for a contending team. Sternberger needs to win the trust of quarterback Aaron Rodgers and show he can master Matt LaFleur’s offense.

Evan Baylis is also on the current roster. The Oregon alum played five games for the Packers this season without catching a pass. Baylis played just 12 offensive snaps this season and saw the rest of his action on special teams.

Baylis may make the roster in 2020, but he is unlikely to be the starter.

GM Brian Gutekunst will almost certainly add a tight end via the draft, a trade or free agency. The Packers certainly need to add depth and talent at this position. The tight end is an important part of LaFleur’s offense so an upgrade at this position would be a big help to the Packers.

Green Bay has not had a consistent difference maker at tight end since Jermichael Finley was forced to retire due to injury back in 2013. If the Packers can get a playmaker who can stretch the field at tight end, they can give Rodgers more weapons to work with at his late stage of his career. That would go a long way to improving the Packers 19th-ranked offense in the coming season.