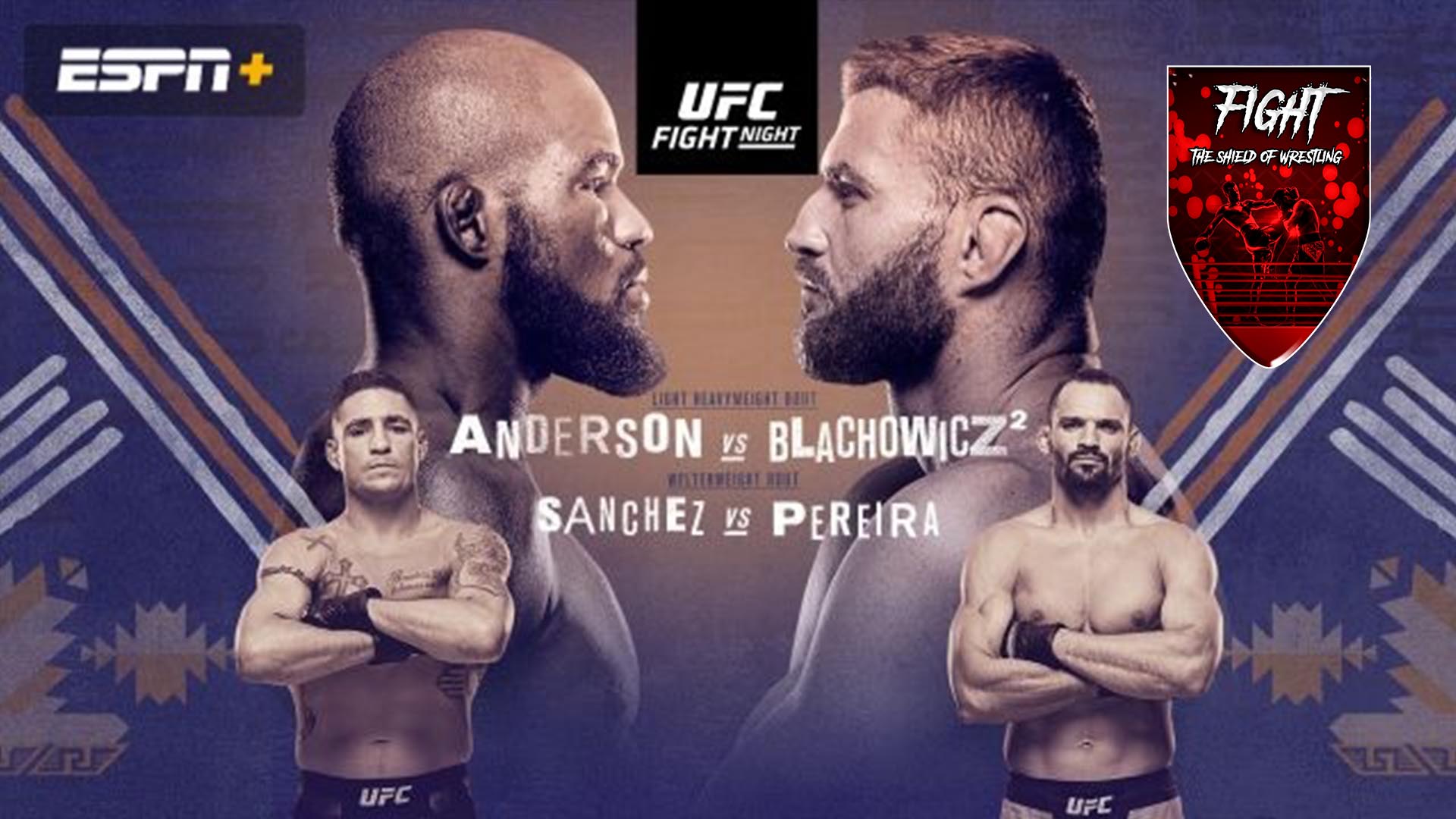 Luke Irwin: Corey won the first bout between the two, and now, four-and-a-half years later, his game has gotten much, much better, is on then best run of his career, and Blachowicz is now 36. Anderson via R2 TKO.

Luke: This could be extremely entertaining, or a real snoozer where Sanchez looks more busy than he actually is, whiffing left and right. Pereira is an innovative and damaging striker. I don’t trust Diego’s chin in this year our Lord 2020, but I think he goes down swinging. Pereira via R2 KO.

Luke: De La Rosa’s record is a little misleading. She started off 0-2, and after that, has only lost to Mackenzie Dern, Cynthia Calvillo, and Andrea Lee. Very high-level opponents. In the meantime, she’s going for your arm or your throat. Borella usually loses by getting her lights turned off, but DLR’s sub game is too good. De La Rosa via R1 Submission.

Luke: Vargas is a damned small lightweight at 5’7″ with a 71″-inch reach. The majority of his wins are either by punches or guillotine choke. The lesson? STAY. THE HELL. AWAY. Weaver has five inches in height and two in reach. Keep the hard-punching Mexican at a distance, win a couple rounds, and cruise. Weaver via UD.

Luke: Borg used to be a submission machine, but he’s gone nearly five years without finishing a fight with one. Bontorin meanwhile, can slap a sub on anything. I think Borg controls the fight through most of it, but Bontorin finds an opening and locks something in at the very end to pull off a Hail Mary. Bontorin via R3 Submission.

Luke: And here come two gunslingers that are gunning for a shitload of bonus money. Between the two fighters, they have eight (8) post-fight bonuses. Medeiros hasn’t gone to a decision since May of 2016, and while Vannata is a bit more conservative in his firefight approach, he has a submission game that is very well-rounded and hasn’t been finished by strikes in his career. What I think goes down is that Vannata can withstand Medeiros’s strikes, as he’s stood toe-to-toe with some of the best strikers in the UFC (John Makdessi, David Teymur, Marc Diakiese, Tony FUCKING Ferguson), and his striking can find a way to stun Yancy, or drop him, then finish him with his superior submission game. Vannata via R2 Submission.