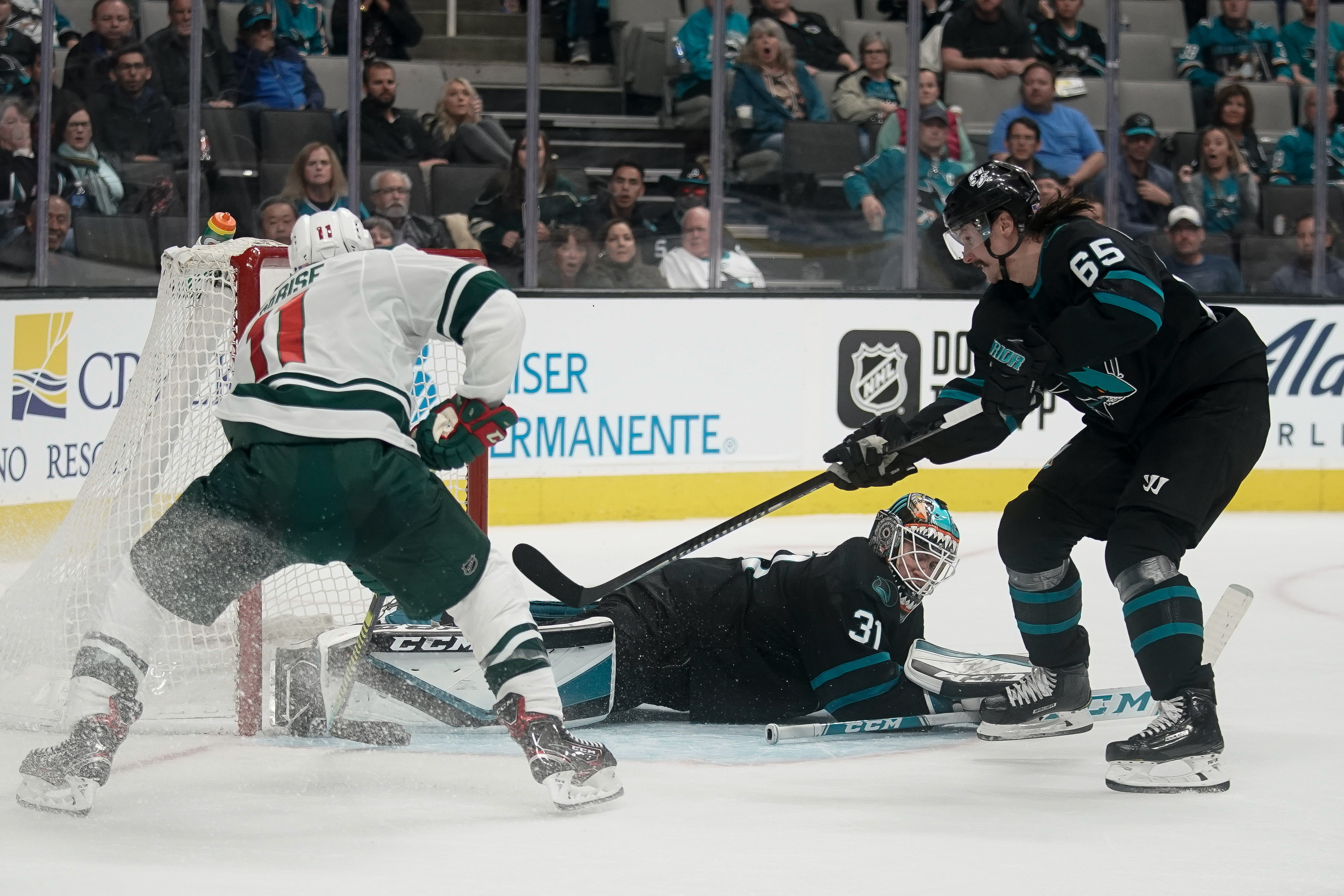 Whew boy. Where do we even start with today’s preview? The past twenty-four hours have certainly been interesting for everyone, from the fans to the beat writers. After Thursday night’s loss to the New York Rangers, we were talking about the upcoming games and prepping for the week ahead of us as far as writing. We had a great laugh, reading through Sean McIndoe’s Down Goes Brown blog at The Athletic. In this recent article, he was breaking down the various excuses General Managers make around the trade deadline for not making trades, and whether or not we should believe the excuses we hear. McIndoe has a great sense of humor, and it able to weave that into serious hockey talk. In this article, he strives to break down the most cliched excuses that teams make. There were a couple that had us in stitches, so here we go.

The excuse: “Only one team wins the Stanley Cup every year.” Should we buy it: “I asked our analytics guys to crunch the numbers, and the math checks out.”

Now mind you, I had just gotten off of work when the game ended, but this one had me almost in tears, probably because I get pretty sarcastic when I hear why a player is so great based on analytics but their points don’t pain that picture. However, this wasn’t even the funniest thing that McIndoe had to say.

The excuse: “We don’t want to disrupt our chemistry.” Should we buy it: It’s always struck me as kind of weird that we spend 11 months of the year treating hockey players as battle-hardened warriors who’d crawl through broken glass to win a championship, and then spend February worrying that they’ll be too sad to play anymore if one of their friends gets traded.

This one still has me laughing. McIndoe even continued on this theme by saying “but if a team’s internal chemistry is so fragile that adding or subtracting one or two players is going to blow the whole thing up, maybe it’s not that good in the first place?” McIndoe is a true artiste with the written words my friends.

So that was going to be my theme going into today. How interesting that an article about the things that general managers say would apply even more today than in general. Listening to the excuses that Wild General Manager Bill Guerin had made when explaining why he fired head coach Bruce Boudreau I feel like we’re hearing even more excuses. We’re hearing things like “we need a new voice.” In the past 11 games, the Minnesota Wild are 7-3-1. What new voice is needed? The overall season’s woes are the result of sub-par goaltending (yes, I’m looking at Devan Dubnyk in particular) and veteran skaters who are playing like they don’t give a damn and their age is catching up to them. Looking at the bench and on ice, all I see are players going through the motions and looking uninterested. For those like Mikko Koivu and Dubnyk, I have a strong suspicion there are some hurt feelings at play as well. There was no reason to make this move now. Boudreau’s contract was up at the end of the season. This could have waited. And let’s face it, most around the league are shaking their heads over Guerin’s foolhardy decision.

And speaking of unhappy players, it’s been a long-held belief by fans that it’s Ryan Suter and Zach Parise who are running this team. It doesn’t matter who the coach or the general manager is, those two are the ones who are really in charge. Myself personally, I believe after the the loss to the Rangers, there were some phone calls made by certain players to Wild owner Craig Leipold who then told Guerin to make the change. The fact that Boudreau was at Tria Rink in advance of Friday’s practice just seems to make this seem like this wasn’t a normal firing. There is a long-standing relationship between Suter and Leipold. There days obviously go back to when Leipold owned the Nashville Predators who drafted Suter. There have been rumors/stories about Suter getting into an argument with former head coach Mike Yeo with Suter’s parting shot being “who gets paid more?” But my discomfort level with Suter and Leipold’s relationship really came during the 2016 governor’s race in Wisconsin. Suter and then governor Scott Walker live on the same Wisconsin lake and were neighbors of sorts. They did not meet in an organic fashion, like meeting at the grocery store, at the marina, or even at a campaign event. No, they met because Leipold personally brought Walker to Suter’s house to introduce them. That’s not the kind of thing your boss does. Yes, I’m sure the players were involved with this firing.

So here we are, playing a team that we should beat this afternoon. I don’t know if we’ll get the artificial boost to play that often happens when a team fires their head coach. But again, let’s remember, the Wild weren’t on a horrid losing streak, in fact they were climbing in the standings. Also, Minnesota didn’t bring a new guy that would really shock the system. Now, assistant coach Dean Evason is stepping in as interim head coach. And if Guerin really thinks Evason is going to give a new voice, he clearly hasn’t spoken to John Torchetti when he was promoted when then general manager Chuck Fletcher fired Yeo. Even when a new head coach is named during the off-season, the coach can’t possibly win with the odds stacked against him. If you don’t think coaches talk to each other about the environments of the teams they work or worked for, you’re delusional. I’m sure Scott Stevens has put the bug in people’s ears who are even considering coaching with this current roster in place. Heck, even people like Pope Francis or the Dalai Lama would fail with the personalities on this team.

The only place where the San Jose Sharks are successful, is their penalty kill. When a team is as bad as the Sharks are, it’s weird when there’s one stat that absolutely leads the entire league. Honestly when you’re bad, you’re generally bad in all aspects. Much like the Wild, they can’t stop most goals. They’re having goaltending issues like the Minnesota Wild are having issues. Minnesota’s offensive numbers are better than San Jose’s, both goals for per game and on the power play. But I’m going to make a bold statement here. Honestly, I absolutely want the Sharks to destroy the Wild today. I want that to happen to show that it was not Boudreau’s fault for this team. The blinders need to be ripped off. The ugly truth is that the results of this season rest solely on the shoulders of the players themselves. And it’s beyond time, that their words and actions show that. Stop with the platitudes and start playing damn hockey.