Guardians quarterback Matt McGloin was visibly frustrated at halftime after his team was shut out in the first half of Saturday’s game against the Defenders, and he let the world know about it.

The Guardians offense compiled only two first downs in the first half of the game — one of which came via a fake punt. McGloin struggled immensely in the first two quarters, completing only five of 14 passes for 32 yards, with an interception. Those poor numbers gave him a paltry 14.6 quarterback rating.

McGloin, however, didn’t hold himself accountable during a halftime interview, with his team trailing the Defenders 12-0. Instead, he blamed the Guardians coaching staff for their playcalling.

“We need to change the entire gameplan at halftime,” a fiery McGloin said.

"We NEED to change the entire gameplan!" pic.twitter.com/7sYt88UfC5

McGloin had better turn it around in the second half, otherwise he might be riding the pine next week. 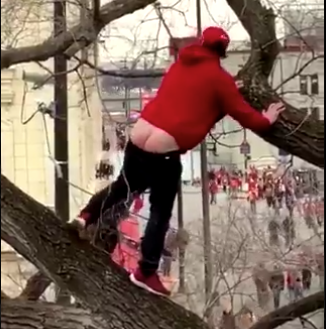