Your Morning Dump… Where Jayson and Kemba are worthy All-Stars 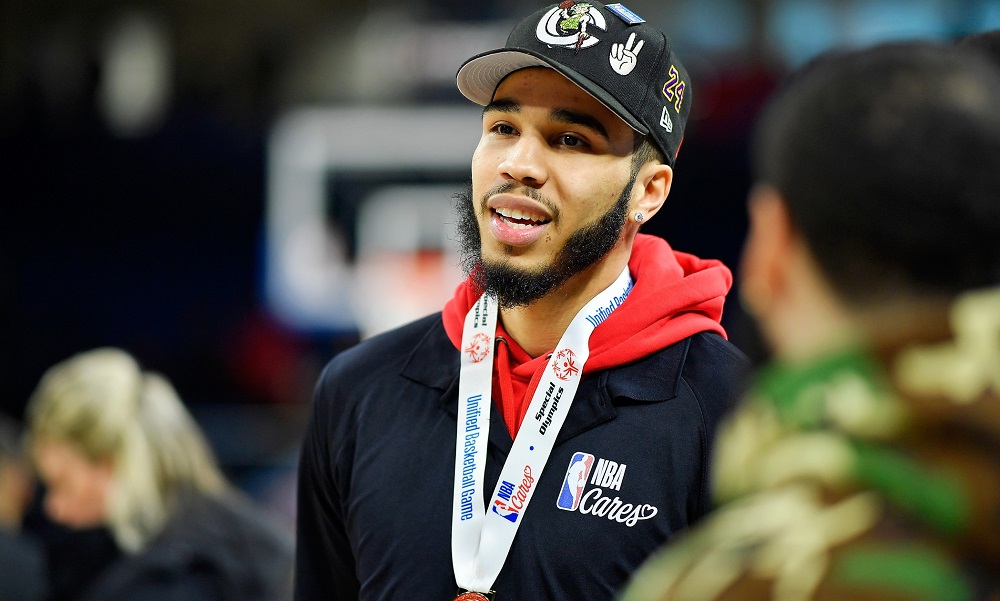 Your Morning Dump… Where Jayson and Kemba are worthy All-Stars

Jayson Tatum must be living the dream right now. His spectacular performance against the Clippers on national TV was timely proof that he’s worthy of his first All-Star Game. With Tatum joining Kemba Walker in Chicago, the 38-16 Celtics are represented by two of the brightest stars of the entire weekend.

Yesterday, NBA.com shared five stats about every player selected to play on Team LeBron and Team Giannis. Here are the Celtics tidbits.

Both players got involved with league activities on Friday.

.@KembaWalker always makes time for some fan questions, even in the middle of the #NBAAllStar madness ☘️ pic.twitter.com/qPUHokl6Cl

For Kemba, his fourth ASG selection is his most satisfying one yet.

So getting the All-Star start now means something new … But this time around, Walker wasn’t simply being recognized for gaudy stats or, according to him, the location of the game. This was Walker being honored, for the first time in his career, stepping back as a volume scorer so he could step forward as the leader of a contender.

“Obviously, last year was my first (All-Star) start,” Walker says. “I mean, the game was in Charlotte. I think that’s probably why I really got the start. I was averaging about 26 and a half (points per game) at the time. This year, like 21, something like that or whatever. But now I’m more so being recognized for being on a winning team, not more so recognized for my stats, you know?”

The Athletic: Kemba Walker relishing All-Star start, but still focused on finding success in the playoffs

The Celtics don’t hit the court again until Friday, February 21, so if you need to satisfy your need for the green, watch All-Star Saturday night, when Tatum will defend the title he won last year in the Skills Challenge. That will be the first event of the night, beginning at 8 p.m. Eastern on TNT.

The actual All-Star Game is Sunday, again at 8 p.m. Eastern, TNT. Perhaps the new format this year will give the players a reason to take the game seriously, and make it watchable again.

Kevin Garnett gets emotional after being chosen as a finalist for the @Hoophall 🏀 pic.twitter.com/wfhnkODaBm

Kevin Garnett earned two of the greatest honors in basketball in a span of just 20 hours.

The Naismith Memorial Basketball Hall of Fame announced Friday afternoon that Garnett, a 2008 champion with the Boston Celtics and a 15-time All-Star, has been chosen as a finalist for the 2020 Hall of Fame class. It is a foregone conclusion that he will be enshrined into the Hall this September.

The Hall of Fame’s announcement came the day after the Celtics announced that they will retire Garnett’s No. 5 jersey next season.

There might be some (misguided) arguments against retiring No. 5, but there’s no dispute whatsoever about the Hall of Fame: KG belongs. It’s a complete no-brainer. Garnett was one of the top power forwards of all time.

According to the Hall of Fame’s announcement, a finalist needs 18 of 24 votes from the Honors Committee for election. If KG doesn’t get all 24, somebody ought to lose their voting privileges.

And, finally… They picked the wrong Mike

With all due respect to Mike Breen and his outstanding career, it’s baffling that this honor has not yet been awarded to Mike Gorman. Mike and Tommy Heinsohn have called Celtics games together for 39 straight years — longer than any other announcing duo in NBA history, and probably in any sport. It doesn’t get more legendary than that.

Breen is the Knicks TV announcer, but he also has the national profile that may have given him an edge this year. However, many past Gowdy Award recipients have been local voices just like the well-liked, widely respected Gorman. He has certainly earned the recognition. What is the Hall waiting for?