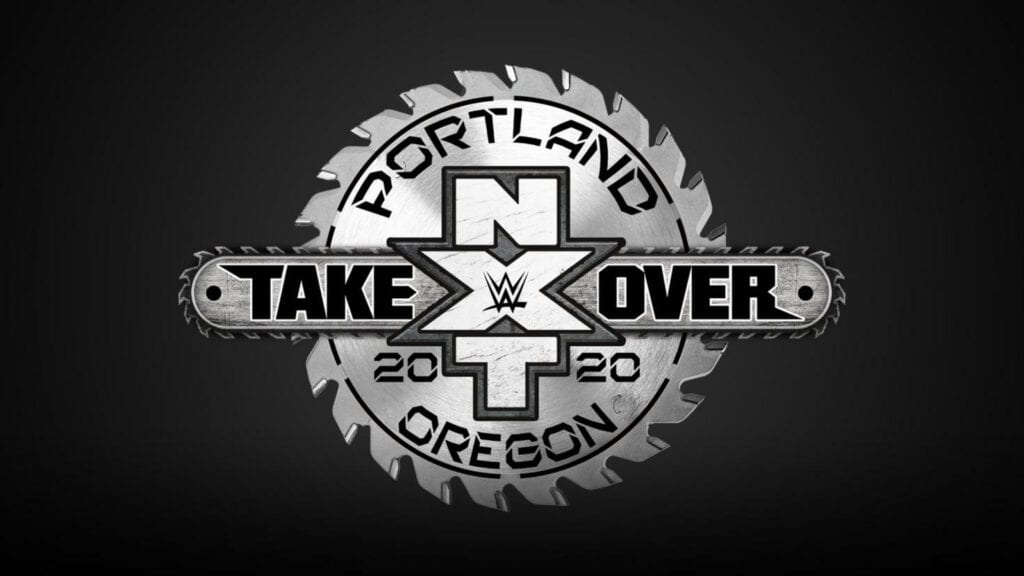 NXT TakeOver: Portland started off with Poppy and her band playing “Anything Like Me” for the live crowd.

The first match we begin with is Keith Lee and Domonik Dijakovic for the North American championship. The match started with both big men hitting it at all cylinders. After some back and forth action, Lee managed to hit Dijakovic with a hurricarana. Dijakovic managed to knock Lee out of the ring. He attempted to dive onto Lee, but Lee caught him, although Dijakovic wriggled free. Dijakovic got the upper hand as both men returned to the ring with chops and slaps to the chest. He tried to hit Lee with a suplex, but Lee was able to escape. Both men brought the action, including Dijakovic hitting a super fireman’s carry on Lee from the top rope, mega chops from Keith Lee on the outside, Dijakovic diving onto Lee to the outside. When they returned to the ring, both men attempted their finishing moves on each other, but they both powered out. Lee hit 2 powerbombs on Dijakovic, but he kicked out at the 2 count. The crowd showed both men appreciation for their performance as Lee drug his opponent to the corner. Dijakovic fought away and knocked Lee to the outside. Lee pulled himself back to the apron and top rope. Dijakovic slammed Lee to the mat from the top, but Lee still kicked out. Keith Lee managed to fight back and hit the Big Bang Catastrophe for the win.

*screams "MAMMA MIA" at the top of our lungs repeatedly*@DijakovicWWE IS ON A WHOLE OTHER LEVEL. #NXTTakeOver pic.twitter.com/HVDFLRpqAQ

The street fight against Tegan Nox and Dakota Kai was up next. Out of the gate, Nox went after Kai before the bell even rang. Nox threw her into a barracade, knocking one over. However, Kai fought back and drove Nox into the barracade with a DDT. The girls introduced the weapons early, throwing trash cans, chairs, and pieces of wood into the ring. After breaking a piece of wood on Kai, Nox placed a trash can on Kai’s head. She kicked the can into her face then threw her in the ring. Tegan Nox set up a table and tried to drive Dakota through it, but Kai managed to fight away. Kai gained the upper hand by crashing a trash can lid on the head of Nox.

Back and forth action pursued, with Nox hitting Kai with another trash can, and Dakota delivering several kicks to the face. Nox tried to put Kai away with a chokeslam from the top rope and a Molly-go-round, but Kai managed to kick out. Kai fought back, kicking a chair in the face of Nox. Dakota then taped Tegan to the ring post and placed a few more kicks to her face.

More weapons were used as Tegan Nox took a laptop to Dakota Kai’s knee and wrangled that same knee with a chain. Nox continued the abuse to Kai’s knee and slammed a chair to it. Tegan set up a table in the ring. Nox set Kai on the table, placed a chair to Kai’s neck, and began to climb to the top rope. Raquel Gonzalez appeared out of nowhere, pulled Kai out of the way, and attempted to push Tegan through the table. Tegan Nox did not go through the table, but bounced off of it. Dakota Kai got the pin.

But… but what is Raquel González doing here?!?! #NXTTakeOver pic.twitter.com/g6lGVFYSFI

Johnny Gargano vs. Finn Bálor came up next. The match began with both men showing their grappling skills by bringing each other to the mat and keeping things slow. After a few minutes, the pace picked up a little as they both ran the ropes with Gargano arm dragging Bálor down. However, Bálor was able to regain his momentum as he ran Gargano into the ring posts multiple times, following with chops to the chest. Gargano tried to fight back, but Balor was able to gain the upper hand on the outside of the ring. After bringing Gargano back in the ring, Bálor slowed the pace back down by keeping a struggling Johnny Wrestling down in a chin hold. Gargano escaped by attacking the left arm of Finn.

However, Finn Bálor attacked Johnny Gargano’s leg and repeatedly attacked it. Gargano fought back, but Bálor was able to put him in a submission maneuver, putting more pressure on Gargano’s leg. Johnny Wrestling fought away, went to dive on Bálor who was on the outside, but was caught. Gargano was able to drive Finn Bálor into the steel steps, jumped on to the apron, and delivered the swanton.

Gargano was able to keep up his momentum with a spear through the ropes, but Bálor countered. Both men brought amazing offense and pin attempts to the delight of the fans in attendance. After several attempts to put the other away with their finishing moves, Bálor was finally able to put Gargano away after knocking him from the Spanish announce table into the barracade. He hit the coup de grace and the 1916 for the win.

Both women had a great showing in this match. Back and forth action was not lacking, including an electric chair maneuver on Belair by Ripley, a spinebuster by Bianca Belair, and vicious smacks to each other. Belair attacked Ripley with her long braid, lifted the tall woman above her head, and through her across the ring. Both women countered each other’s attempts (big boot from Ripley, spear from Belair), but Belair catapaulted Ripley to the outside. Bianca then launched herself onto Rhea to the outside. Both women attempt to launch each other from the top rope, but Rhea soon hit Belair with the Riptide for the win.

After the match, Charlotte Flair appeared and attacked Rhea Ripley. She grabbed a microphone, said she has “thought about it” and she’ll see Ripley at WrestleMania. After exiting the ring, she threw Bianca Belair into the steel steps before she walked away.

The tag team championship match between Undisputed Era and the Broserweights was next.

After UE made their entrance, the Broserweights made their way out on their cart with the Dusty Rhodes trophy. With micophone in hand, Riddle asks the audience in sing song voice “How much fish could Bobby Fish fry if Bobby fish could fry fish?”. The fans chanted along with Riddle. To the disgruntlement of UE, they exit the ring and attack the Broserweights.

After a very physical back and forth match, the Broserweights were able to knock off the Undisputed Era to become the new tag team champions.

The Broserweights defeated the U.E. to become the new NXT tag team champions

The main event of the evening, Adam Cole defending the NXT championship against Tommaso Ciampa, was next.

The match started with Ciampa delivering a lot of offense on Cole. However, Cole was able to gain the upper hand after reversing the back of Ciampa’s neck into the announce table. Cole gained control, keeping Ciampa down in headlocks. Ciampa tried to fight back, but Cole was able to drive him back down with a backstabber from the corner. After a lot of back and forth, Ciampa was able to gain control once again by powerbombing Cole on the announce table. He threw Cole back in the ring, hit him with the knee. Cole tried to come back with a super kick, but Ciampa countered but only got a two count.

Cole hit Ciampa with a Last Shot, but Ciampa crawled to the outside. Ciampa was able to battle back and hit the Fairytale Ending, but Cole kicked out. The Undisputed Era tried to interfere, but Ciampa kicked out. He then took out the interfering members of U.E. Adam Cole hit another Last Shot, but Ciampa kicked out. The U.E. continued to try to interfere, but the referee was knocked out. Ciampa hit the Fairytale Ending, but no official was there to make the count. Johnny Gargano showed up to give support to Tommaso Ciampa, throwing in the NXT championship. Ciampa tried to grab the title, but Gargano yanked it away. Johnny Gargano turned on Ciampa, hitting him with the title as Adam Cole crawled for the pin.