Your Morning Dump...Where Jayson Tatum's not only growing into a Star, but a father right before our eyes 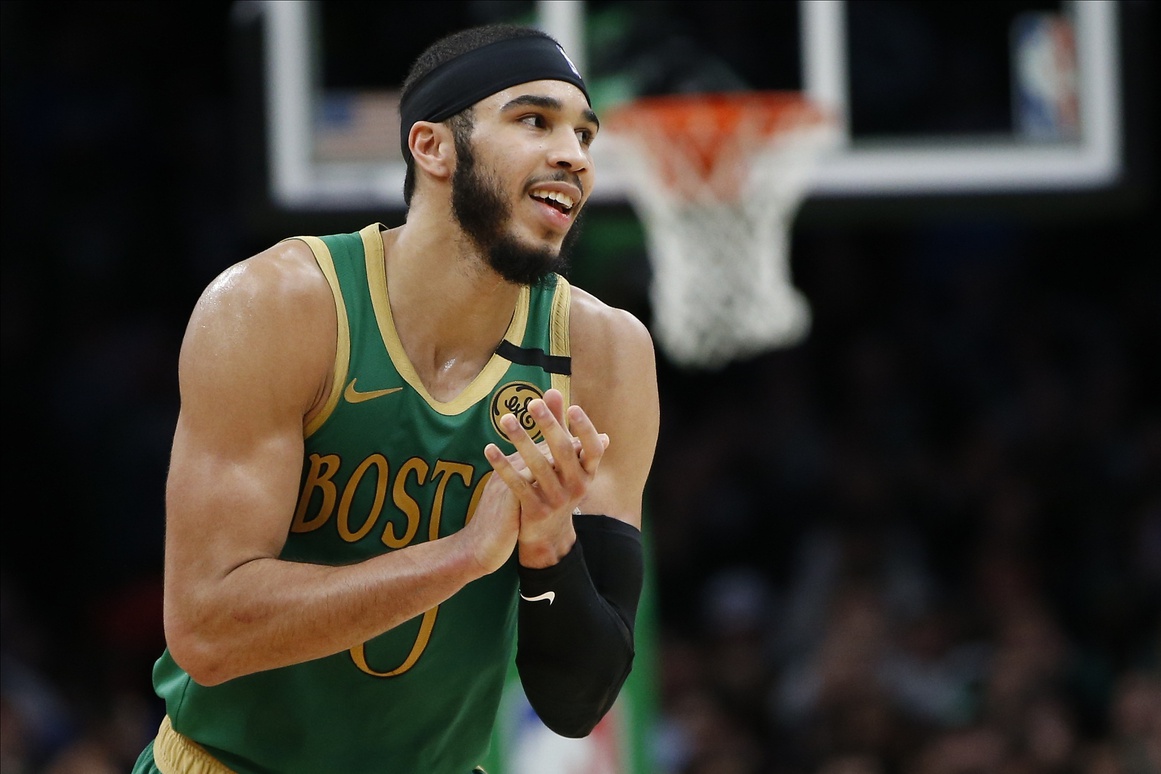 Your Morning Dump...Where Jayson Tatum's not only growing into a Star, but a father right before our eyes

For all of the development that Jayson Tatum’s made on the court, it might be even more notable the strides he’s made off of it, as a father.

Tatum has been a father all but two months of his NBA career. His son Jayson Jr. — known to family, friends, and the Celtics nation that adores him as Deuce — was born on Dec. 3, 2017, just a few weeks after Jayson Sr. made his NBA debut. So while Tatum has ascended to All-Star status on the floor, emerging as a polished and prolific scorer, staunch defender, and the next great Celtic, he is also raising a young son.

As fans, we sometimes can forget the human side of things and the fact that these guys have far more important things to worry about than if the ball bounces in or if it doesn’t. That rings true for Tatum as he was hit with a whirlwind of new responsibilities right when he got to the league.

I can only the imagine the amount of pressure someone must feel from just starting out their career in the association, let alone bringing a child into world in the middle of it all. When asked about how the transition has been the last two years, Tatum had this to say:

“It’s been great, now it’s kind of normal,” Tatum said of juggling basketball and fatherhood. “At first it was tough. I remember it was like last week when we played Orlando, I had 34 [points] and we won. If I would have had 30-something before Deuce was born, we would have went out to dinner and celebrated. But that night I went home and I was giving him a bath and reading him a book and he was going to sleep and I said, ‘Hey, this is cool, this is what this is about.’ ”

It’s hard to believe that Deuce is already a little bit over 2 years old as it seems like it was just yesterday Tatum introduced the world to him. Since then, it’s been a bevy of adorable pictures and fun posts from Jayson letting us all see a little snapshot into what it’s like raising the youngin’.

Page 2: Where Tatum couldn’t make it back to back

Jayson Tatum sauntered over to his seat in front of the media after the All-Star Saturday skills challenge, sat down, and said “that was quick.”

It was, indeed. He was eliminated in the first round of the challenge by Domantas Sabonis of the Indiana Pacers. He watched Sabonis miss his first 3-pointers, but then he missed his own. By the time he went to take his second, Sabonis’ was through the rim.

After winning the whole thing last year with a crazy half court heave, Tatum couldn’t make it past the first round in this year’s Skills Competition. It was a matter of just a couple of shots as he and Sabonis went down to the wire. You have to admire the brevity as you didn’t even have time to sit down before Tatum was down for the count. Now that his chance at a repeat is out the window, we might not see him back in this competition for quite some time.

“I’m going to take some years off from the skills competition,” he said, though he did express an interest in taking part in the 3-point shootout. “I want to do that one day. “

If he keeps drilling threes at a 39.3% clip (his career average) it’s likely we’ll see Tatum grace the 3-Point Shootout sooner rather than later. Until then, we can just admire his rapid development and enjoy him in the big boy game tonight.

Boston Globe: Garnett explains the difference between Minnesota and Boston