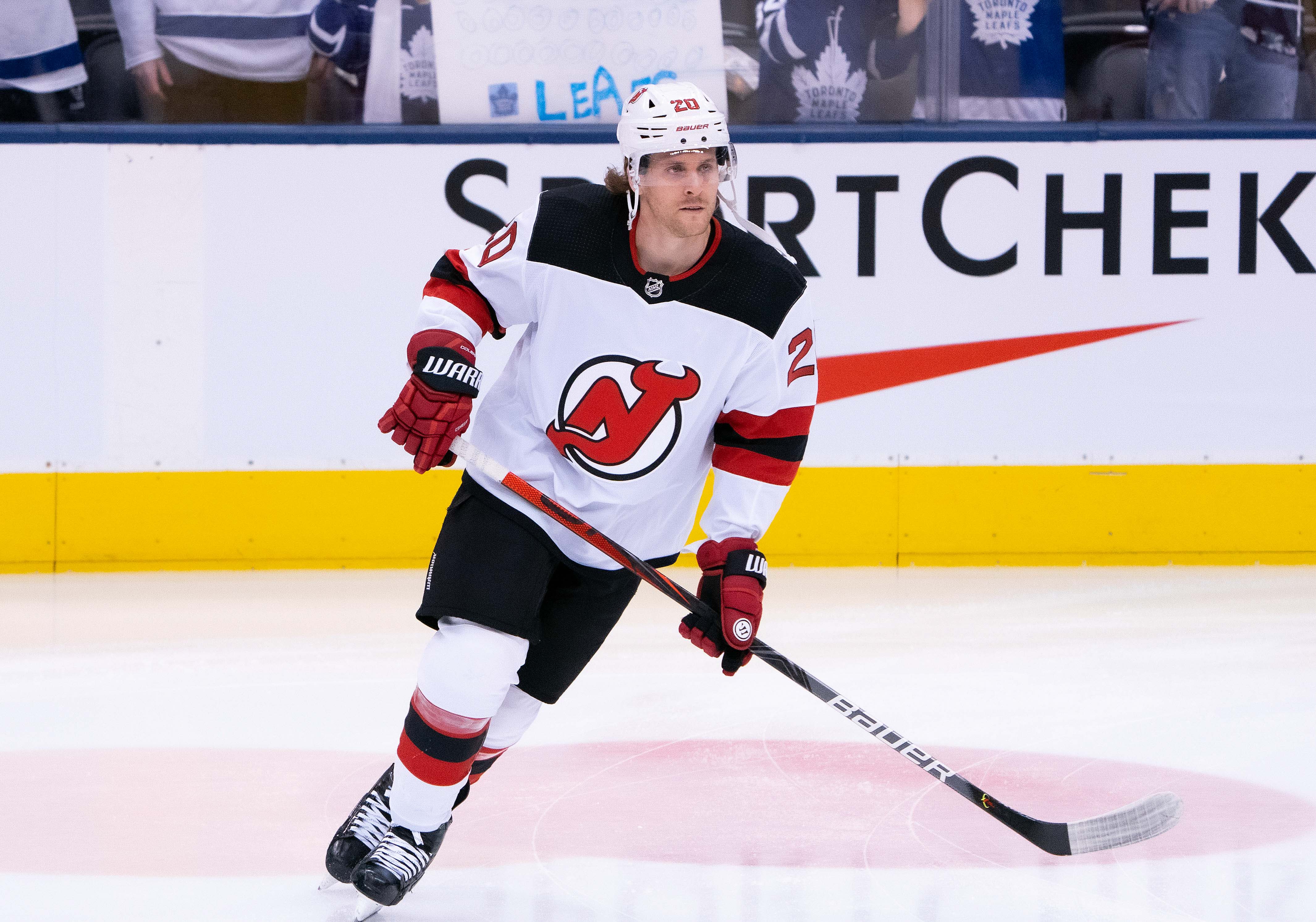 The New Jersey Devils are definitely in the process of rebuilding. On Sunday, they made a deal with the Tampa Bay Lightning, shortly after trading Andy Greene to the New York Islanders.

In 57 games with the Devils, Coleman had 21 goals and 10 assists for 31 points. He is a -2 with 40 penalty minutes, three power play points, four shorthanded points, two game winning goals, 182 shots on goal, 46 faceoff wins, 40 blocked shots, 166 hits, 42 takeaways and 19 giveaways. Coleman is an excellent penalty killer and brings a strong physical presence to Tampa Bay which could be valuable come playoff time.

Foote, is a left winger who plays with the Kelowna Rockets of the Western Hockey League. He is the son of former Colorado Avalanche defenseman Adam Foote.

Foote has had a notable season so far on the international stage. That is because he was part of the Canadian National Junior Team that won a gold medal at the 2020 World Junior Hockey Championships in Ostrava, Czech Republic. Foote was originally the Lightning’s first round pick in the 2019 NHL Entry Draft.

Interestingly, Adam Foote also had outstanding success playing for Canada internationally. He won a gold medal for Canada at the 2002 Olympic Winter Games in Salt Lake City and at the 2004 World Cup in Toronto.

Coleman and Greene had spent their entire career with the Devils. Greene was in New Jersey for 14 seasons and Coleman was there for four seasons.