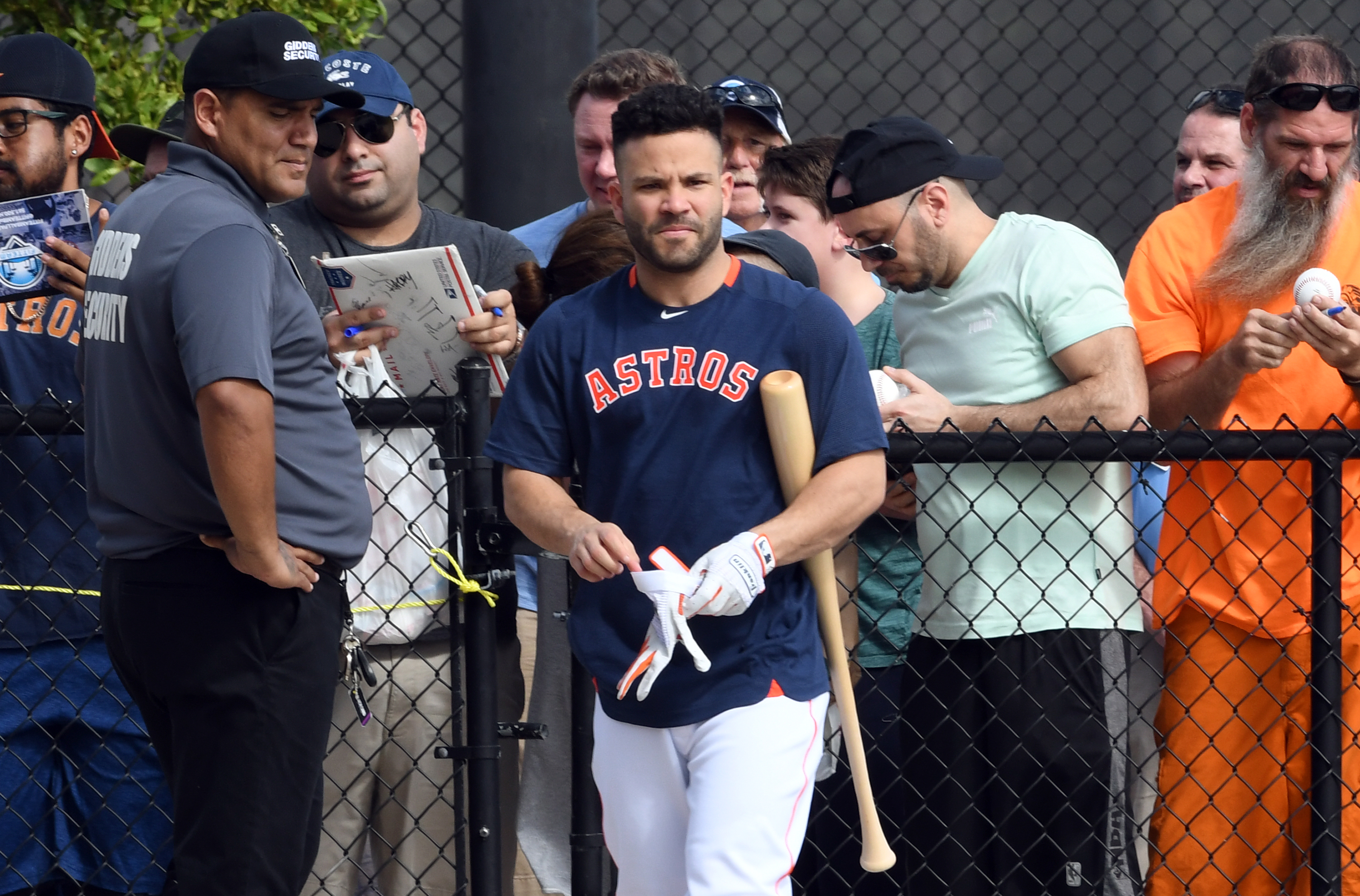 Jose Altuve is doing whatever he can to save face in the wake of the team’s sign-stealing scandal.

Altuve continues to take a large share of the criticism, and understandably so, as a curious sequence of events has many led to believe that he was wearing a buzzer after hitting a walk-off home run against Aroldis Chapman in the 2019 ALCS.

Still, Altuve claims he didn’t want his jersey torn off because he had a tattoo he’s not proud of, rather than because he was wearing a buzzer. He hasn’t shown it publicly, but he did reveal it to reporters during a clubhouse media session.

Classic: Jose Altuve walks to locker, towel over shoulder. Big mob of reporters. He grabs some workout stuff, drops towel from shoulder, reveals tatioo, walks off as he’s pulling shirt over head without a word.

Altuve tattoo by the way: Small, front of left shoulder, says “Melanie” over a heart.

There’s still a lot of controversy, including this tweet, which shows two different photos of Altuve — one of which looks like he had a tattoo, another which doesn’t.

To the left is the picture being used to prove Altuve had a tattoo that he was trying to hide in the ALCS walk off game vs #Yankees.. but the pic is from the World Series.

To the right is his ALCS walk off to win the pennant. Can’t seem to find that tattoo anywhere in ALCS pics. pic.twitter.com/FMQBsoOHDm

It’s hard to ever see Altuve cleared of these allegations, no matter what he does.