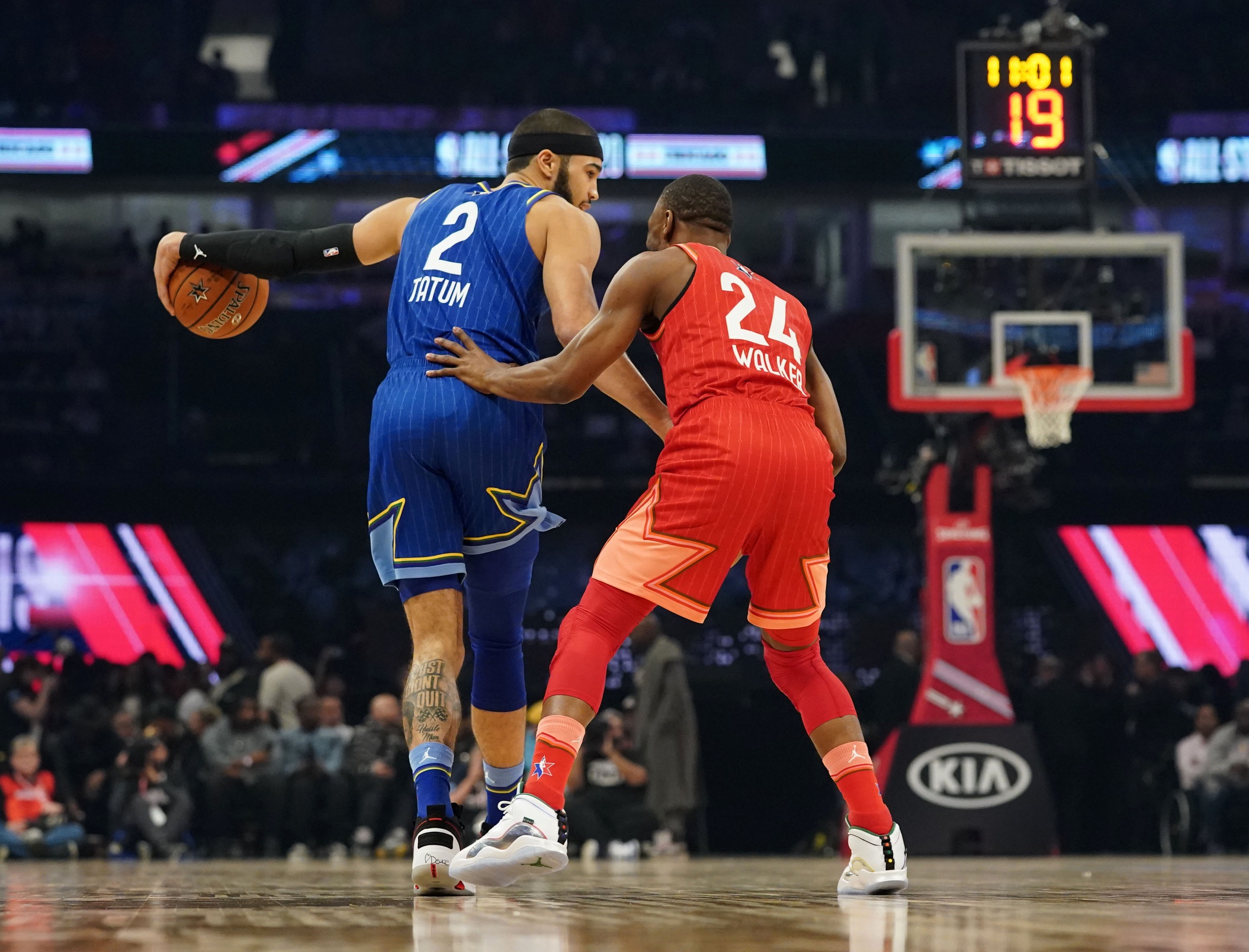 Celtics guard Kemba Walker was playing key minutes down the stretch, finishing with 23 points for Team Giannis, including a couple of key 3-pointers in the final period.

Jayson Tatum finished with 6 points in 14 minutes for Team LeBron with 3 assists and 3 steals.

“It was great,” Tatum said of his first All-Star Game. “I had a lot of fun. The ending was crazy. They was playing hard. It was fun to be out there.”

Walker and Tatum faced up on a possession with Walker forcing a Tatum jump shot miss. Walker was excited about the stop.

“I locked him up, like I told him,” Walker said. “It’s cool, man. That’s my little brother. He’s been having a hell of a season. He deserves to be here. And it was cool for me to get a chance to go up to him. I’m super proud of him. It was a great moment for both of us.”

By all accounts, the new All-Star game format was a rousing success. But I’ll contend the public’s interest in the game will always be dependent on the 4th quarter effort made by the players. If the best players in the world are going all-out, it won’t matter if they’re playing timed quarters or total points (Elam ending?). We will watch it.

There is one sidebar of relevance to Celtics fans:

It was so competitive, Walker spent the entire fourth quarter on the floor, finishing the game with 29 minutes played.

“I wasn’t expecting it at all,” Walker said. “I was actually supposed to be on a minute restriction, but the game got too close. I wanted to be out there. I wanted to compete. I knew down the stretch that it would get serious like that, and I wanted to be a part of it.”

It’s unclear what the minutes’ restriction was supposed to be. There isn’t much opportunity to ask questions in the post-All-Star game setting, much fewer follow-ups. It’s also unclear if Nick Nurse was aware of the restriction.

Walker has missed four games since January 18, including a three-game stretch to start this month, with soreness in his left knee. He returned with a minutes’ restriction which was seemingly lifted when he played 45 minutes in a double-overtime game against the Los Angeles Clippers on Thursday night.

I don’t think Walker has a serious issue with his knee. The DNPs are a result of Boston’s extreme caution.

But… it’s not a good look for your star player to rack up 29 minutes in an All-Star game. This will only matter if Walker continues to miss regular-season games.

Herald – Walker, Tatum get their shots in surprisingly good ASG

The Athletic – Celtics midseason report card: How to grade a squad of overachievers?