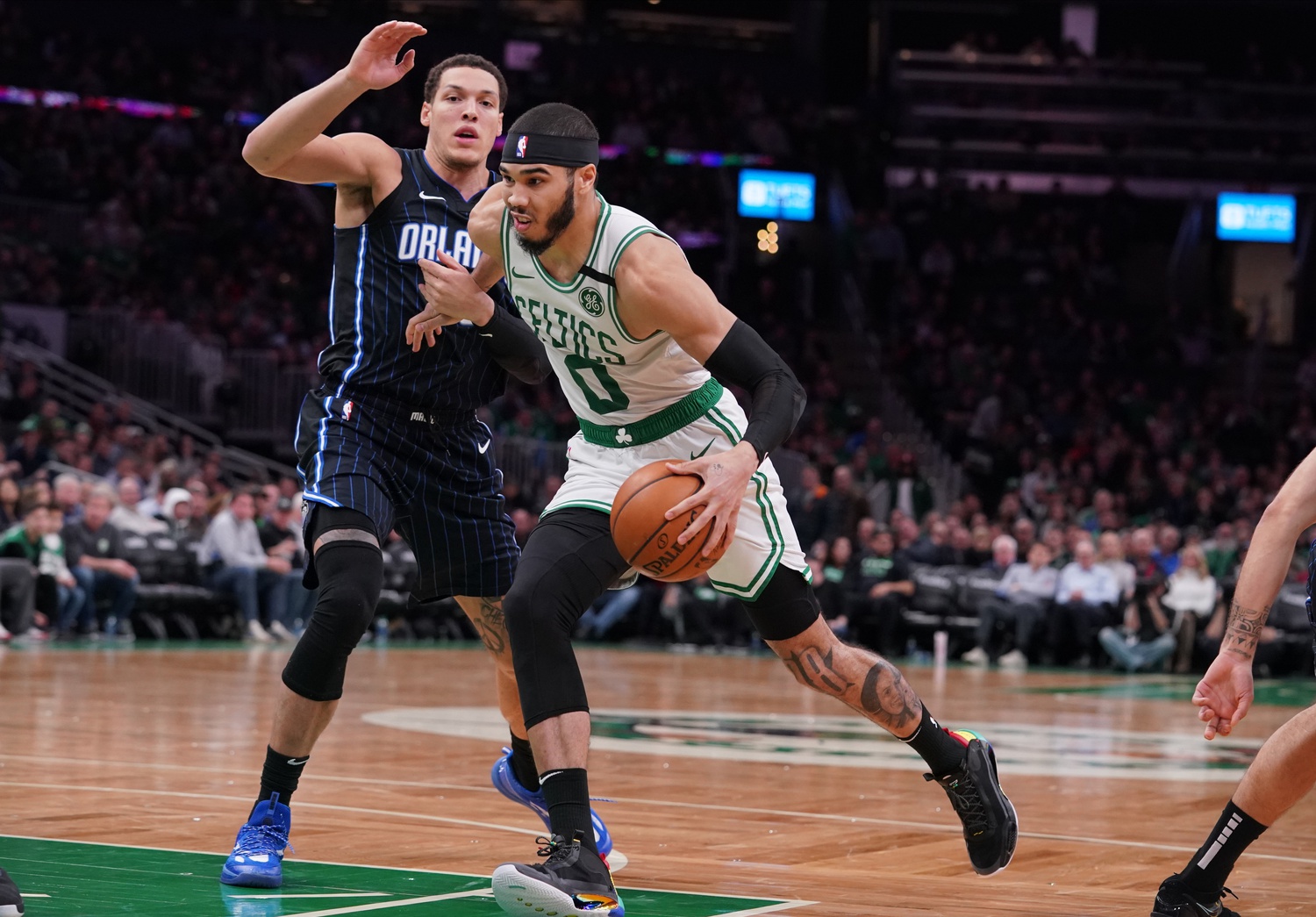 Just about everyone from Bill Simmons to the 12-year-old inhaling a slice at Halftime Pizza had hoped that Jayson Tatum would start earning more trips to the stripe. Myself included. It seems like Tatum may finally be satiating this collective desire.

A look at the top free-throw attempts (FTA) per game leaders will explain why. Ranking at the top of that list are two MVPs (Harden and Giannis) and a handful of potential MVPs (Luka, Davis, and Embiid.) Getting to the line boosts efficiency, allows superstars to dictate the pace of the game, and ensures meaningful nights during shooting slumps.

Where does Tatum rank on that list? 43rd. There is good news, however. Over his last 10 games, Tatum has jumped up to 6.0 FTAs per game.

During his first professional season, Tatum had only 14 games when he took a total of six or more free throw attempts. His second season saw the exact same number. Already this year Tatum has 18 games that have resulted in six or more FTAs. It may be gradual but, progress is being made.

There are a few metrics that could explain how Tatum has evolved his game. I’d like to stay away from analytics for a second and focus on dunks, however. Any half-awake fan has noticed Tatum’s revved up longing to slam it home this year.

The eye test confirms Tatum’s desire to take his man off of the dribble to posterize him and maybe even draw a foul call. The details can also be seen in his posture when driving. Tatum is lowering his shoulder more frequently. Sometimes this results in the opponent being bullied into poor defense. Other times it results in a foul call as he naturally must bring his arms back up through the body of his defender.

Dunks exemplify Tatum’s attacking mindset but what are the two crafted moves he relies on to draw fouls? Firstly, he has been working in the post more often. We are seeing more play calls to help him establish good post position. When he does, he acts decisively and is determined to put the referee in a position to make a call.

Below, he combines that shoulder-lowering with his postup game to get the call.

Watch how Tatum knows exactly what he is going to do when he catches the ball. His decision is made prior to the pass and Iwundu is a step behind, which causes the foul.

Secondly, Tatum is also drawing fouls a few feet outside of what would be considered an at-rim attempt. He has shown a tendency to stop short on drives the instant he senses contact. Off-balanced defenders are left reaching or making contact with the body.

In fact, he does this play a lot…

Wednesday’s bout versus the Clippers did more than capture the best game of the NBA season so far. It gave us a unique glimpse of Tatum using this technique against Landry Shamet.

Lastly, watch Tatum teach rookie Matisse Thybulle that he can use this method to draw fouls while driving down either side of the lane.

Celtics fans should be impressed that he has increased his FTA percentage while simultaneously taking more 3-pointers. This suggests that Tatum is opting for a more efficient shot chart; something common among superstars.

Ideally, Tatum would end the season averaging with 5.0 FTAs per game. For a while, that number looked unobtainable. But if Tatum comes back from the All-Star break continuing this attack-mode mindset, then, in the words of Kevin Garnett, “anything is possible!”