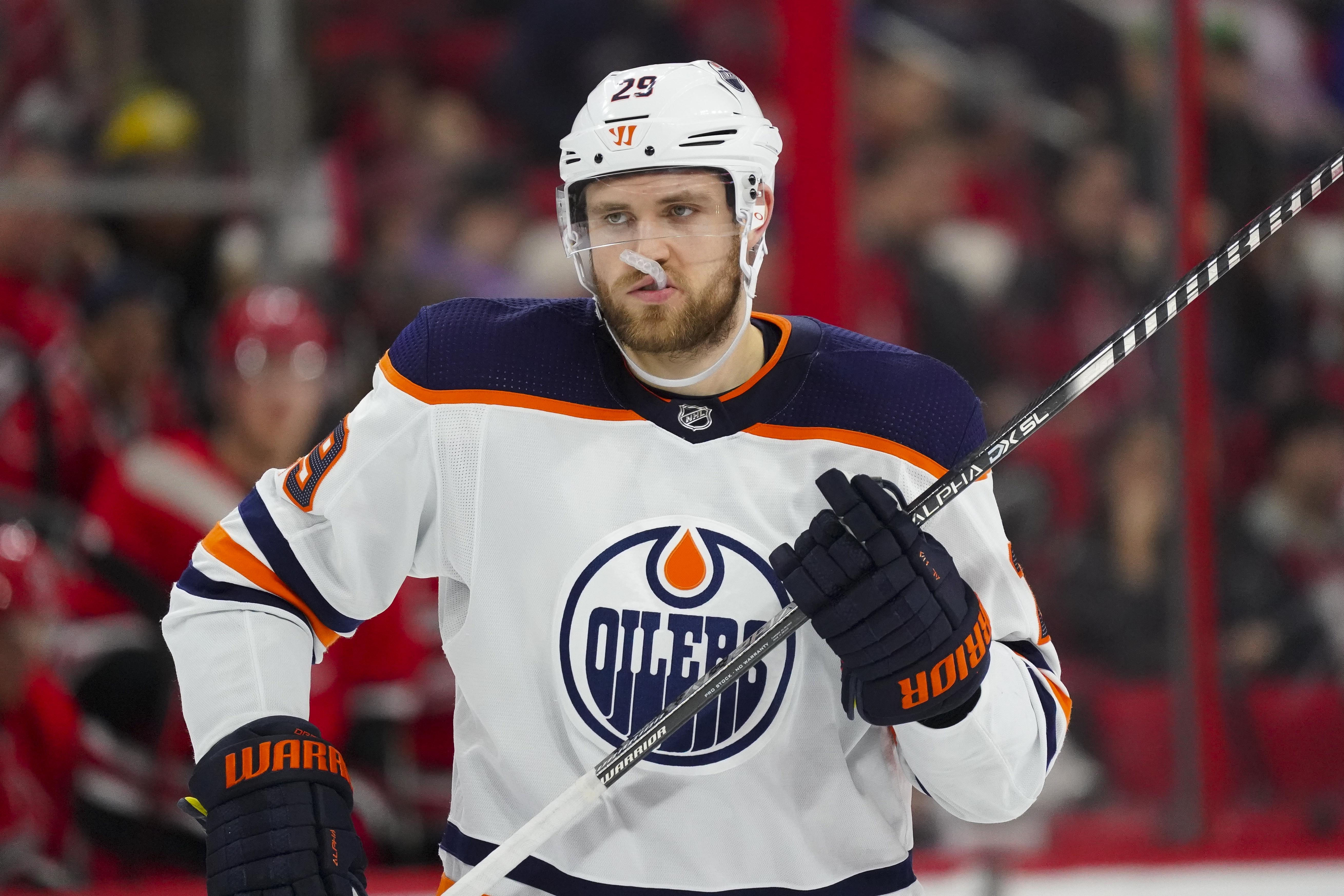 In four games, Draisaitl had three goals and six assists or nine points. He was a +1 with three power play points, one game winning goal, 11 shots on goal, one hit and 48 faceoff wins.

There was a lot of concern that the Oilers would go into the tank because of the recent quad injury to Oilers captain Connor McDavid. However, that has been far from the actual case. With Draisaitl leading the Oilers offensive attack and without their captain in the lineup, the Oilers have actually posted a record of three wins and one loss for six points in McDavid’s absence.

This past week, the Oilers beat the Chicago Blackhawks 5-3 on February 11. In this contest, Draisaitl had one goal and three assists for four points. On February 13, the Oilers lost 3-1 to the Tampa Bay Lightning. Draisaitl had an assist on an Oilers goal by Caleb Jones of Arlington, TX.  Remember, Tampa is a tough place to play with or without McDavid.

Then on Saturday, Draisaitl had the game winning goal and an assist on a goal by Kailer Yamamoto of Spokane, WA in a 4-1 Oilers win over the Florida Panthers. That was followed by a one goal and two assist performance in a 4-3 Oilers overtime win over the Carolina Hurricanes.

The Oilers meanwhile are in first place in the Pacific Division with 32 wins, 21 regulation losses and six losses in extra time for 70 points. They are tied for first with the Vegas Golden Knights, but Edmonton has two games in hand.