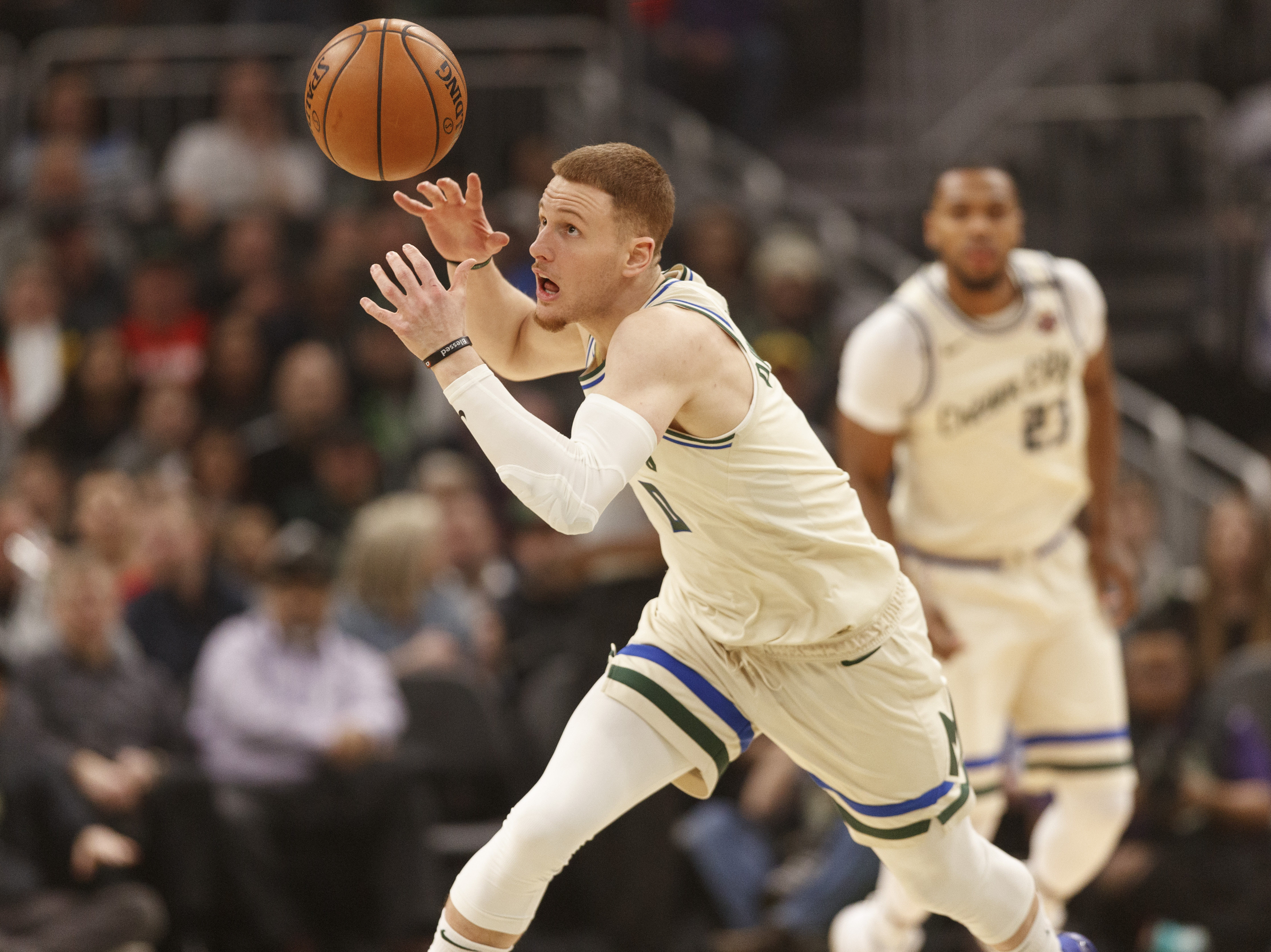 There’s a lot of talk about the two teams in Los Angeles — the Clippers and Lakers — but let’s not forget about the team with the reigning MVP on it, when talking about which team could win the 2020 NBA Finals.

The NBA is a superstar-driven league, and that’s why the Lakers and Clippers are garnering so much hype, with LeBron James and Kawhi Leonard running the show on their respective teams. They currently sit as the No. 1 and No. 3 teams in the Western Conference, and neither has shown any signs of slowing down anytime soon. The Lakers are an impressive 41-12, while the Clippers have slipped to 37-18, with both teams having experienced minor midseason lulls, which are common during the All-Star Break. At the end of the day, it’s all about what form the teams are in heading into the postseason, with LBJ having been known for “flipping the switch” when he needs to in the past.

But here’s the crazy thing, the Bucks are an unbelievable 46-8, off to one of the best starts in NBA history, and yet they’re still not garnering all that much championship talk. They should be, as they have the best player in the world — Giannis Antetokounmpo — dominating opponents every time he steps foot on the court. Giannis looks on track to repeat as MVP, averaging a ridiculous 30 points, 13.5 rebounds and 5.8 assists per game.

And while the Western Conference is ultra-competitive, it’s hard to see anyone in the East really giving the Bucks a run for their money in the playoffs, especially since Milwaukee will likely have the benefit of home-court advantage. That’s why they’re currently listed as -140 favorites to win the Eastern Conference, at a number of different sportsbooks, like best online casino Australia, where you can place bets or play for real money or bitcoin at online pokies Australia.

The Bucks have the deepest bench of all the contenders, and that’s extremely important to point out when talking about their hopes of winning a title. Pat Connaughton and Donte DiVincenzo would start for most other NBA teams, so having them go up against other squads’ backups presents matchup nightmares that the Bucks can exploit. Connaughton just competed in the NBA Slam Dunk Contest, so it’s known that he can get it done on the offensive end.

There is a red flag that many have been pointing out, and it’s fair: Lacking a go-to player that can consistently close out tight games in the playoffs. Giannis, like James Harden, has been a dominant regular-season player, but he’s struggled in big games — in both the playoffs, and in the Olympics. He needs to work on developing his “clutch gene,” because the Bucks don’t have anyone else to fit in that role. Khris Middleton and Eric Bledsoe can make shots, but they’re not great at creating their own — especially in the playoffs, when opposing defenses are swarming, and it’s very tough to get open looks. They’re going to need one of those guys to create off the dribble, and for the offense to run through Giannis in the post, with him touching the ball as much as possible late, and being efficient with it. Both James and Leonard have shown they have the “clutch gene” to close out playoff series and win NBA titles — but Giannis has yet to do so. In fact, it’s really the only thing he has yet to accomplish at this stage of his career, getting to the NBA Finals, and winning a title. So until that happens, it’s fair to question his ability to close out games.

Still, the Bucks are in the midst of one of the best NBA regular-season campaigns we’ve ever seen, and they’re the team to beat. They have a fairly easy road to the Finals, with the Celtics being their main competition standing in their way, although the Raptors are a tough matchup, too. Milwaukee will have home court, though, and it’s sure looking like they’ll be playing in the NBA Finals this year — whether or not they can win a title will be the question.