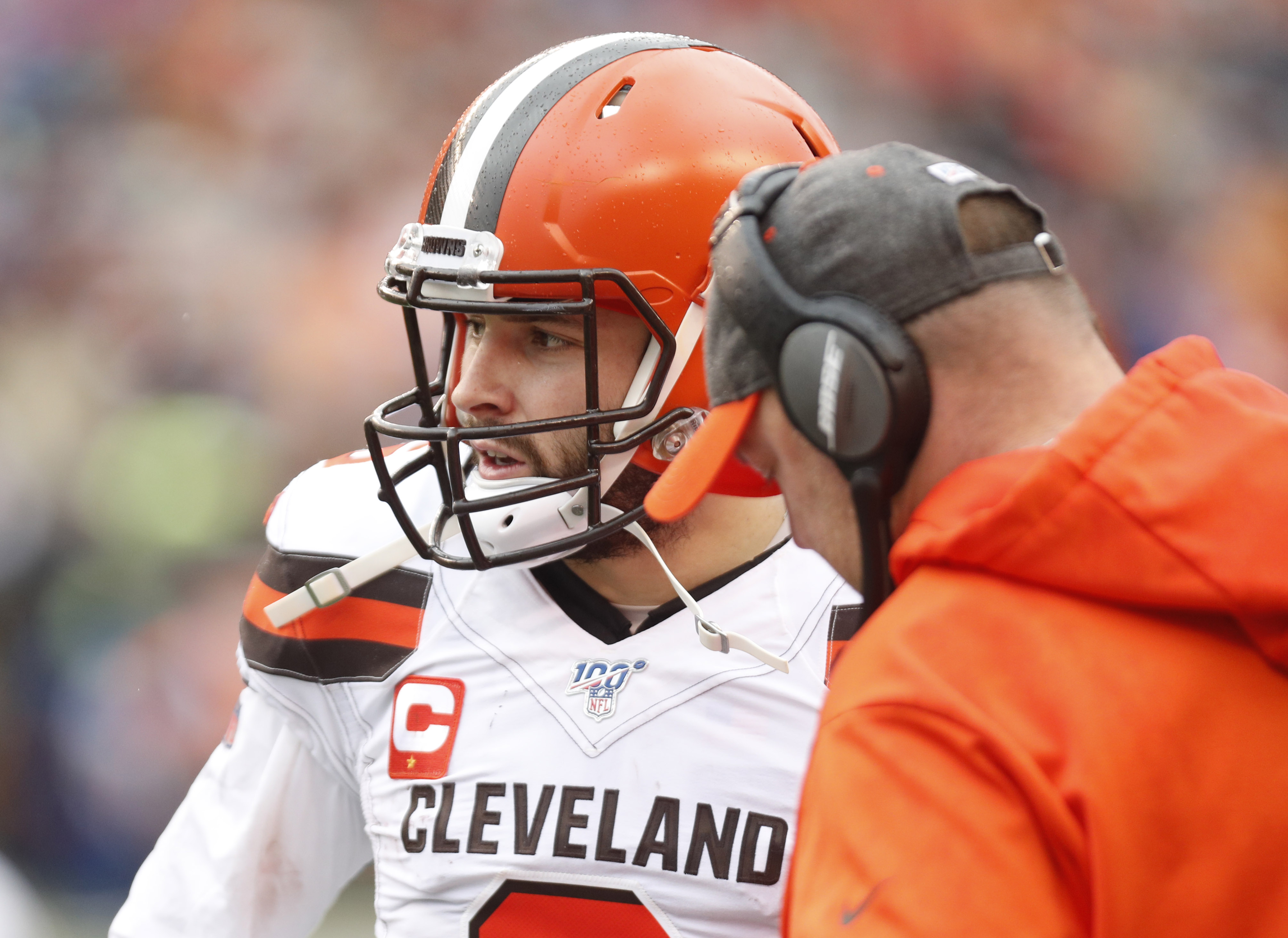 Browns quarterback Baker Mayfield put together one of the better rookie campaigns we’ve ever seen from a young signal-caller, especially given the lack of talent he had around him, but he took a huge step back last season.

The Browns had indicated they were going to surround Mayfield with weapons, in an effort to help him develop, and that’s exactly what they did — acquiring both Odell Beckham Jr. and Kareem Hunt.

Unfortunately, Mayfield actually showed major signs of regression, as his poor decision making and turnovers hurt the team last season. The team has a new coaching staff in place, though, and Mayfield will be working with quarterback guru Alex Van Pelt. The veteran coach will work with the Browns’ quarterbacks, and he’ll also be the offensive coordinator, so Mayfield’s development is a big part of his job. He shared an interesting quote about how he plans to right the Mayfield ship.

Van Pelt said he’ll focus on Mayfield’s footwork,  angling for the Browns quarterback to become more “like Mozart and not like Metallica,” according to Pro Football Talk.

“The feet never lie,” Van Pelt added. “It all starts with the feet. Just some of the ways that we will have him drop both from under center and in the gun will change slightly to help him.”