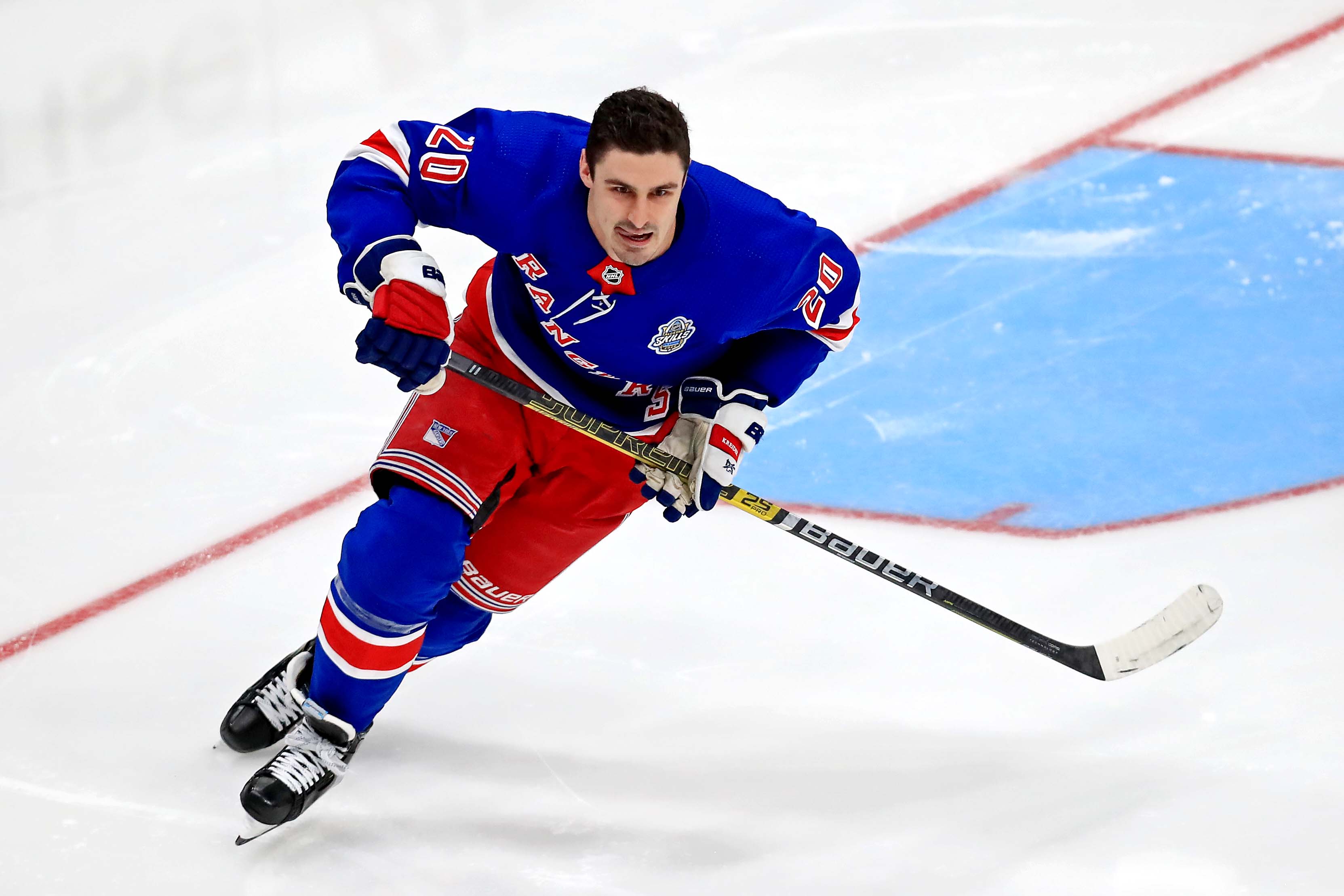 Could two rivals help each other out?

The Islanders are showing serious interest in New York Rangers forward Chris Kreider, according to David Pagnotta of The Fourth Period. If such trade were to take place it would be the first time since 2010 that the Islanders and Rangers made a trade, one which was about as inconsequential a move as possible.

This, however, would be a big-time trade that would have serious implications for the New York rivals. The likelihood of such a deal being worked out between the two sides is highly unlikely and it seems like the Islanders would want to extend Kreider’s contract if a trade was worked out, according to Pagnotta.

With 23 goals this season, Kreider would automatically become the Islanders leading goal scorer and his 42 points would put him third on the team. Kreider will have two consecutive seasons of scoring 20 or more goals at the end of the 2019-20 campaign and he now has five seasons during his career of putting up 20 or more goals.

So it’s easy to see why the Rangers winger is drawing interest from their crosstown rivals.

The Islanders, at the moment, have struggled to put the puck in the back of the net. They’ve scored just once in their last three games.

Adding Kreider would certainly help, but it would likely come at a high price. The Islanders had to give up a prospect and draft pick for defenseman Andy Greene on Sunday, so the price for a division rival’s most valuable trading piece will be even higher.

The trade deadline is now a mere five days away and the Islanders need to make another move before 3 p.m. next Monday. Whether that involves trading for Kreider or not, only time will tell.