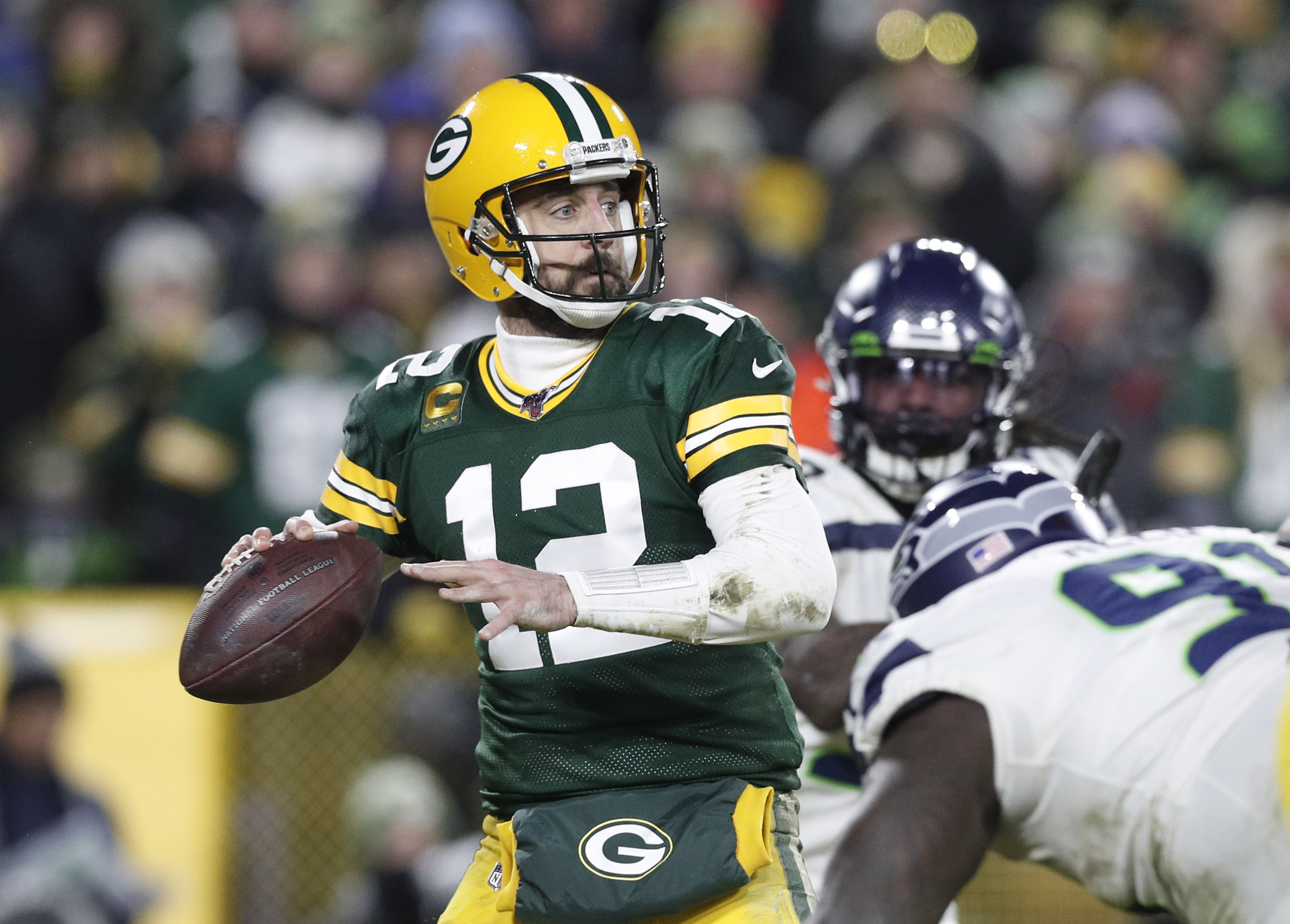 Green Bay Packers franchise quarterback Aaron Rodgers is 36-years old and clearly is not playing at the same level he did during his MVP seasons in 2011 and 2014. Rodgers quarterback rating last season was 95.4, his lowest rating since 2015 and the third lowest rating of his career.

Yet despite these factors, Rodgers is still capable of bouncing back and having a better season in 2020 than he had in 2019. Here are the top three reasons to expect Rodgers to improve next season:

1. This Will Be His Second Year in Matt LaFleur’s Offense

Last year was Matt LaFleur’s rookie season. For the first time since Rodgers became the Packers starter in 2008, he had to learn a new offensive system, a new playbook and different terminology.

Over the course of the season, both LaFleur and Rodgers made compromises and adjustments. The Packers still ran several plays that were a part of Mike McCarthy’s offense, the same one Rodgers had run for more than a decade in Green Bay. LaFleur also introduced many aspects of his offense.

Rodgers will be more comfortable in the new offense in his second year in the system. The playbook will become second nature and Rodgers won’t have to think about what to do, he will just be able to react quickly and do it.

Other quarterbacks have shown improvement in LaFleur’s offense in the past. Matt Ryan in Atlanta made a big jump from his first season in the system in 2015 to his second year in 2016. Ryan went from a pedestrian 89.0 quarterback rating to a 117.1 rating in year two. He threw 38 touchdowns after throwing just 21 the previous season and his yards per attempt went from 7.5 to 9.3.

Rodgers’ yards per attempt was only 7.0 in 2019, his lowest total in five years. Another year in the new offense should help that number go up.

If Rodgers is comfortable in the offense, he will be more dangerous.

2. Rodgers Will Have More Talent Around Him in 2020

The tight ends weren’t much of a weapon either. Jimmy Graham had only 38 catches for 447 yards. The other three tight ends combined for just 25 catches.

The Packers are expected to add several receivers during the offseason. Don’t be surprised if the Packers add a receiver and a tight end in free agency, the draft or both. The Pack should add speed at these positions as the team lacked players who could stretch the field and be relied on to run accurate routes.

In addition to the expected additions, young players like Allen Lazard, Robert Tonyan and Jace Sternberger should make a jump with more experience. Equanimeous St. Brown will be healthy again and ready to compete for playing time.

GM Brian Gutekunst knows he has only a few years left to win another title with Rodgers. He will do his best to surround his franchise quarterback with more talent to give him the tools he needs to succeed.

3. Rodgers Is a Competitor

Rodgers is known as a competitor. He always wants to win no matter what he’s doing. The Cal alum realizes he doesn’t have many more chances to win another Super Bowl.

After the NFC Championship Game, Rodgers explained he knew time was ticking.

“You realize, you know, I don’t have the same number of years ahead of me as I do behind me,” Rodgers said in his postgame press conference. “The window’s open, and I think we’re going to be on the right side of one of these real soon…You realize just how difficult it is to get to this spot.”

Rodgers remains determined and inspired and that means he remains dangerous. That means he may just have a better season in 2020 than he did in 2019.