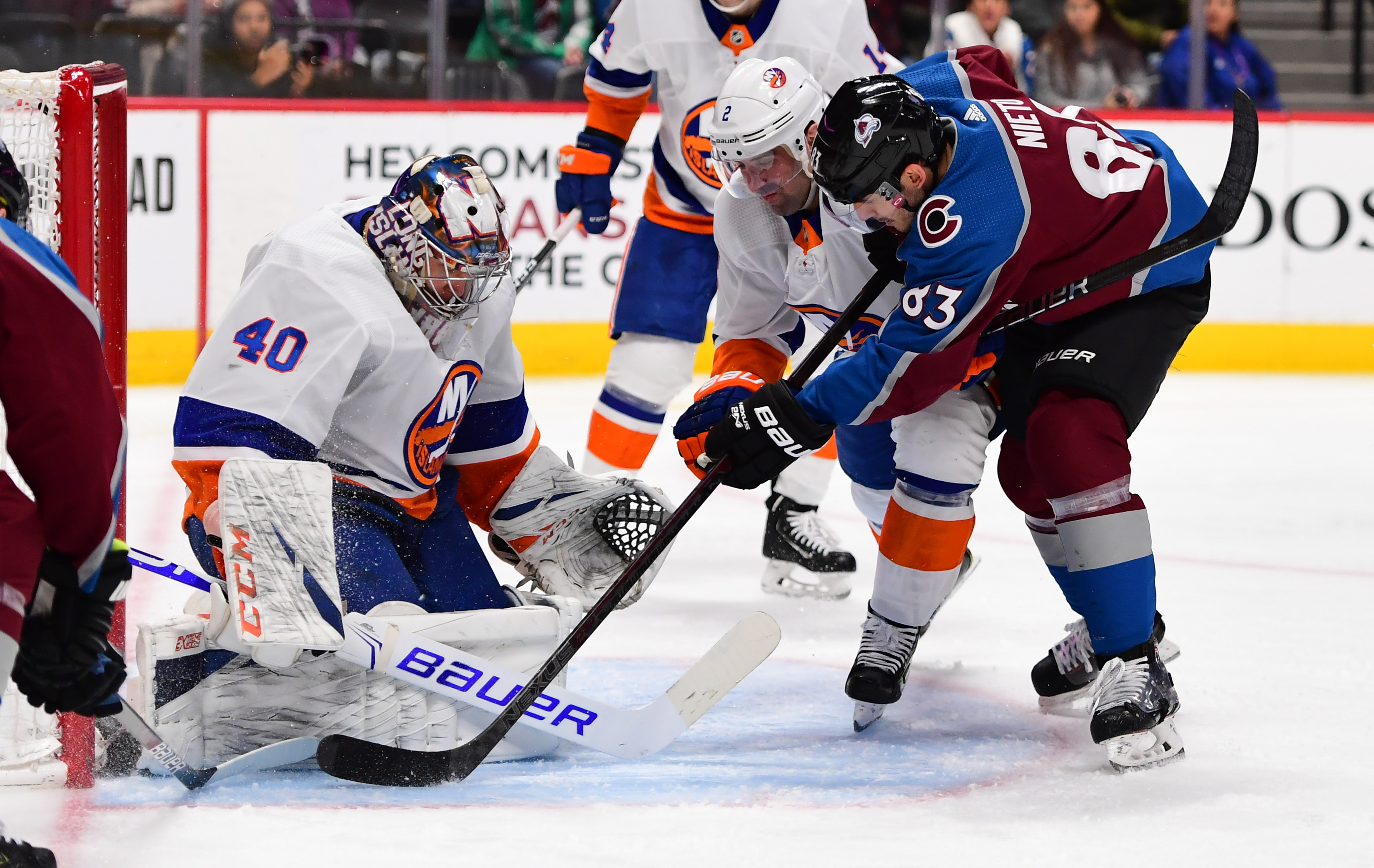 The Islanders looked to salvage the final game of what has been a miserable road trip on Wednesday night. However, more of the same would occur as the Islanders were unable to do much offensively and struggled in their own zone as they fell 3-1 to the Avs to go 0-4-0 on the west coast swing.

Brock Nelson scored the Islanders’ only goal of the game.

Here are three takeaways from the performance in Colorado.

It was another rough night for the Islanders on the offensive side of the puck.  The lone goal of the game came off some puck luck, where Nelson was able to score late in the third period.

Brock Nelson scores. I got nothing. #Isles pic.twitter.com/gagXJLUyui

This goal came with an extra attacker, with Varlamov on the bench and the game seemingly out of reach.

The Islanders struggled with possession, as it seemed the Avalanche were breathing down their neck all game long. The unlucky excuse could not fly in this one as the opportunities the Islanders were generating were slim to none. Several times the Islanders seemed to be on a different page with errant passes or poorly timed zone entry resulting in numerous offside calls.

There was no pressure on Avalanche netminder Pavel Francouz and effectively turned aside 28 of 29 shots.

With under two minutes to play, and an extra man, Barzal made a pass back to Lee in the offensive zone, who was stationed at the point. But the pass ended up heading out of the zone and down into their own end.

“We just have to keep our heads up, right the ship when we get home,” Anders Lee said told reporters after the game. “We have to move on and stay together.”

In their own zone, the Islanders gave the Avalanche way too much space to make plays. The defensive unit seemed to be on their heels all night long resulting in a few goals and a few close calls that luckily went off the post or wide. The pursuit of Avalanche made it rather difficult for the Islanders to make plays.

Finally, when the Islanders were able to get the puck out of their zone, they struggled to create any offense, either turning the puck over or dumping to make a change.  The Avalanche were winning all the puck battles, and when a team is skating that hard, it is nearly impossible to control any facets of the game.

And it doesn’t help when you’re constantly heading to the penalty box.

And a little less than halfway into the third period, Barzal would have been to the box again for holding, but the Avalanche scored on the delayed call to take a 3-0 lead.

Andre Burakovsky scored his 20th goal of the season, a career-high, a few ticks after a penalty was killed off. So not technically a power-play goal, but definitely resulted in tired players and missed coverage in their own end.

Brassard went to the dressing room with over 5 minutes remaining in the first period, after taking a puck off the cheekbone.

Pulock’s shot took a weird deflection off of Anthony Beauvillier’s skate and right into the face of Brassard. After skating off on his own power his night was in fact done.

After the game, Barry Trotz had no details regarding the injury.

The Islanders have a few decisions to make if Brassard is out for a bit. Komarov is able to play center, as that is what he has played on the fourth line in Cizikas’ absence, who is more than a few weeks away from returning.  The other move would be to recall center Cole Bardreau, who was just sent down a few days ago to make a roster spot available for a new acquisition pending a trade.