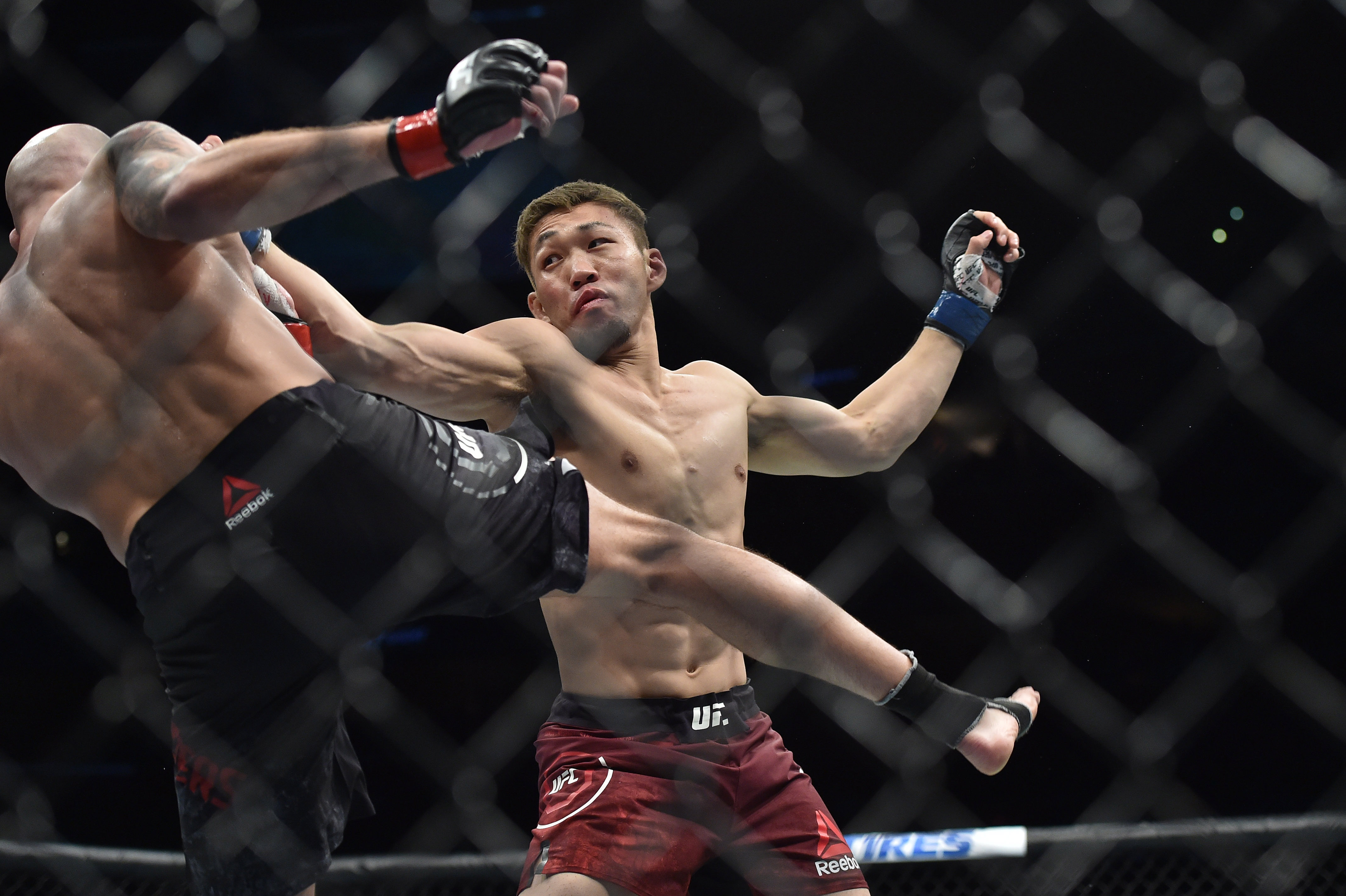 Lot of locals kicking around this card in New Zealand – including in the main event. While sometimes it’s easy to pick one of them to be our shining star for the week, we decided to go with some international flair this week.

The power in all of his limbs is by far the most impressive part of Sato’s game. He entered the UFC at 5-1 in his last six fights, with all five coming by violent KOs. He then topped that off with a debut win over tough veteran Ben Saunders in which he absolutely floored him with a left cross. He’s also got wins with his elbows in the clinch (or as a lead strike), his knees, and in ground and pound, so you can’t count out his ability to finish his opponent anywhere.

After the aforementioned debut win, Sato followed it up by getting submitted by Belal Muhammad. In this fight, he looked much like a fish out of water on the mat. Although he did in fact stuff two of the nine takedown attempts from Muhammad, once on the ground he lacked the urgency or know-how to really get his opponent off of him efficiently. This is clearly a hole he’ll have to sure up, and when he does it’ll make those hands even more impressive.

Maki Pitolo is a perfectly picked opponent for Sato coming off of that grappling loss. Pitolo has taken on the nickname “Coconut Bombz” due to coming from Hawaii and his affinity for throwing non-stop haymakers for the whole fight. This means that Sato can just focus on his hands without the worry of a takedown. On the feet, Sato is definitely the more polished of the two strikers and is much more likely to get the KO shot in the 15 minutes they’ll be standing.