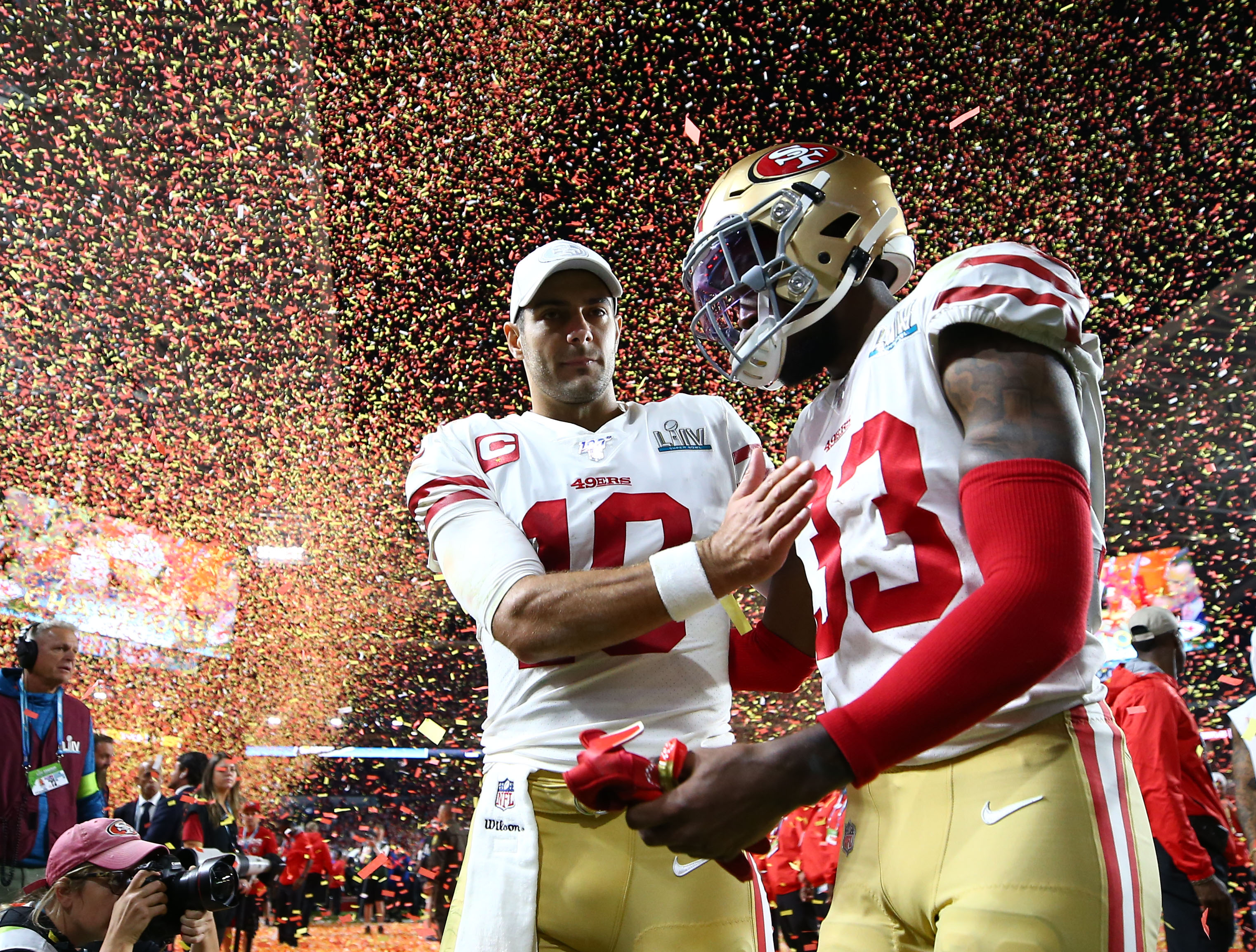 It’s been almost three weeks since the 49ers lost Super Bowl 54 to the Kansas City Chiefs, and it still hurts.

So close, yet, so far.  A couple of first downs, one more stop, a second quicker to hit or sack Patrick Mahomes on the 3rd and 15, and it’s a whole new ballgame.  If Jimmy Garoppolo even looks at George Kittle on a 3rd down and 5 late in the 4th quarter, it’s a catch and run for San Francisco, and a 1st down with roughly five minutes to go in the game, and the 49ers holding a 3-point lead.

There are so many “ifs” that it hurts to think about, but here’s the reality, it happened, and there’s nothing you can do but learn from it.

For the 49ers, they are anxiously looking to the 2020 season, and honestly, beyond that.  Although history may not be on their side, the truth is, for most people, it never was to begin with in 2019.  Afterall, this team won just four games in 2018, and weren’t even in the radar to compete for a playoff spot in 2019, not when you saw a loaded NFC that included Dallas, Philadelphia, Green Bay, Minnesota, Chicago, Seattle, the Rams, Carolina, Atlanta, and New Orleans.  But the 49ers beat out the whole conference for the top seed, and eventually represented them in the Super Bowl.

This isn’t a one-year wonder like you’ve seen in the past, with a team coming out of nowhere one season, then falling off the next, like the Chargers, Rams, Colts, and Bears from last year. Or the Falcons, Panthers, and Jaguars from the year before.  Or the…you get the message.

No, this team is built for the future.

Barring any major injuries, the 49ers have the depth at most positions to win a lot of football games.  Evidence of such a bold statement?  In 2018, a 4-win season, the 49ers lost seven games by one score, and that was playing with 2nd, 3rd, and even 4th string players.  This is without Garoppolo and the 2019 Draft class and free agent pickups.  This is George Kittle setting the NFL record for receiving yards by a tight end, while catching passes from three different quarterbacks.

This is what the 49ers were building towards, and it probably happened a year or two earlier than most people thought, and now after a Super Bowl loss, they are supposed to have a setback all of a sudden?  I don’t think so.

Yes, the roster will change, the schedule will get tougher, with games in 2020 against the Saints, Patriots, Bills, Cowboys, Eagles, Packers, and then their own division.  Yes, other teams will get better, they’ll hire better coaches, make key free agent signings and hit it big in the draft, I get all of that.  But here’s the thing- all of those teams, are trying to catch up to the 49ers, trying to do what they’ve did in 2019, which all started three years ago, when the 49ers won just three games and changed their culture.

They didn’t hire Kyle Shanahan and John Lynch for short term success, they hired them with a dynasty in mind.  They fell about seven minutes short of accomplishing the first step in that idea, however, they laid out the groundwork for what they hope, is a continued run of success.  These 49ers, are built, for the long term.