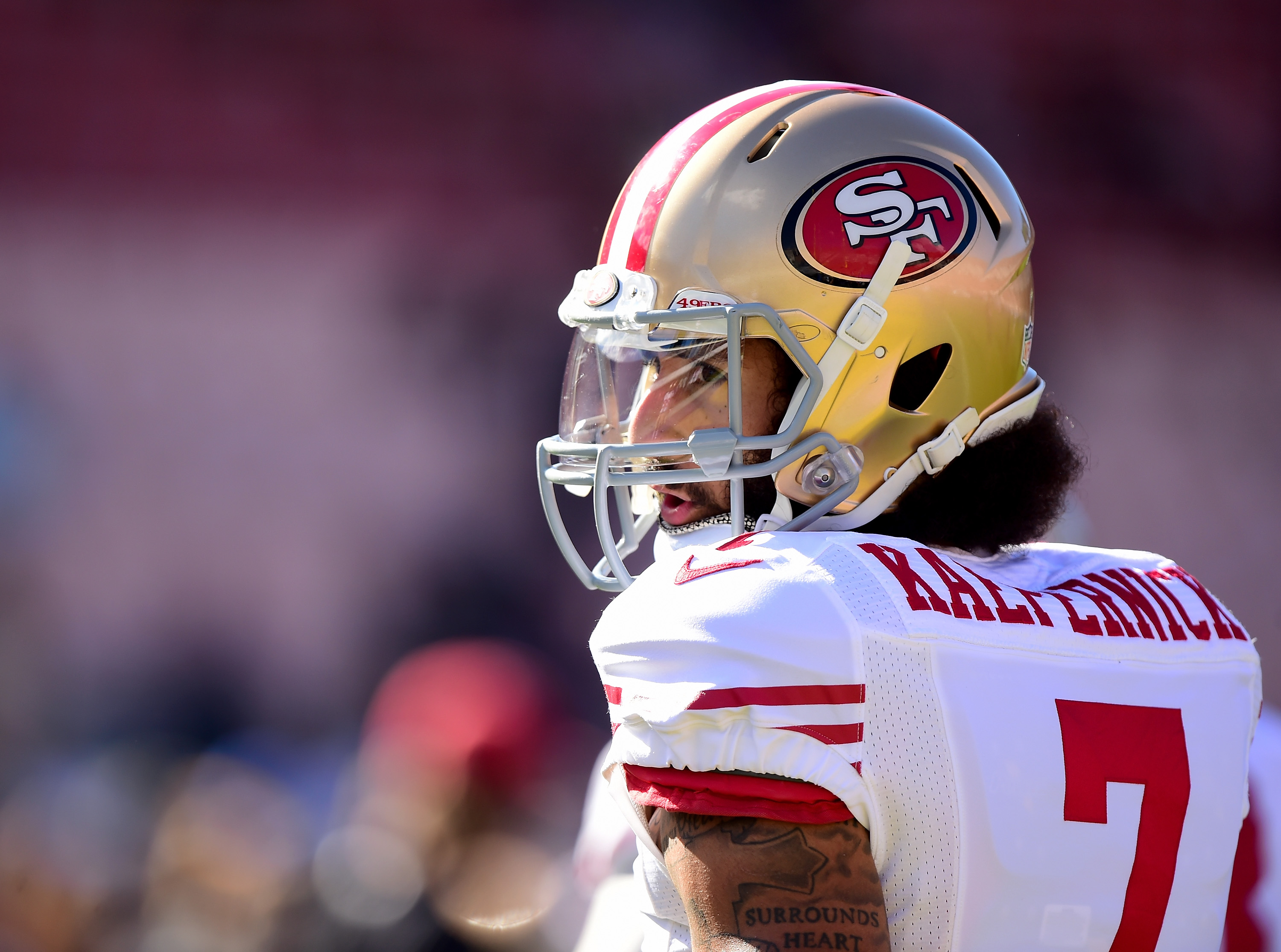 I get it, I get the reason why he’s not playing in the XFL, or the defunct league that was the AAF (aka The Alliance), or even the CFL- it’s not difficult to figure it out.

Kaepernick should be in the NFL right now, he’s not out of the league because of his poor play, because if you look at his final season, back in 2016, Kap actually played pretty well on a very bad 49ers football team.

Kaepernick isn’t playing in the NFL because of all the off-the field ruckus he created when he talked about everything from the military, to law enforcement, to making pro-Fidel Castro comments, to taking a knee during the National Anthem, and other political statements.  Owners in the NFL saw him as more of a nuisance than a football player, and in pro football today, “head cases”, divas, and “locker room cancers”, just don’t cut it anymore.

MIAMI GARDENS, FL – NOVEMBER 27: Colin Kaepernick #7 of the San Francisco 49ers warms up before the start of the game against the Miami Dolphins at Hard Rock Stadium on November 27, 2016 in Miami Gardens, Florida. (Photo by Eric Espada/Getty Images)

That’s how owners viewed Kaepernick in 2016, and that’s how they view him still in 2020, hence his 4-year absence from the National Football League.

However, it’s also on Kaepernick himself.  If he really wanted to play football, he’d be playing football, just like Johnny Manziel did when he signed up for the AAF, and apparently is trying to do with the XFL.  Kaepernick on the other hand, has made it quite clear, he’ll play football, for $20 million a season,which is fine in the NFL, but outrageous in these startup leagues trying to just survive an inaugural season.

I understand the thought process and of how Kaepernick might feel that playing in a league like the XFL is inferior to his skills and resume, especially when he was essentially black balled from the NFL, but football is still football.

If Kaepernick is intent on using football to continue his political cause, then why not do it playing in the XFL right now, whose games are being played on national television?  Kap playing in the league would make him the most watched player in the league, give him all the headlines he needs/wants to get his message across, and would also allow for him to continue to play football, which is what he says he wants to do in the first place.

But instead, Kaepernick is now going on four straight years of zero football- no Canadian League, Alliance, or XFL, nothing.  He sells out shoes, he shoots commercials, and he even held a workout, but still, Kaepernick plays no football.

The opportunities are there, but pride has gotten in the way.  For Kaepernick for a lot of his fans, myself included, we just want to see him play football again, even if its for the XFL.