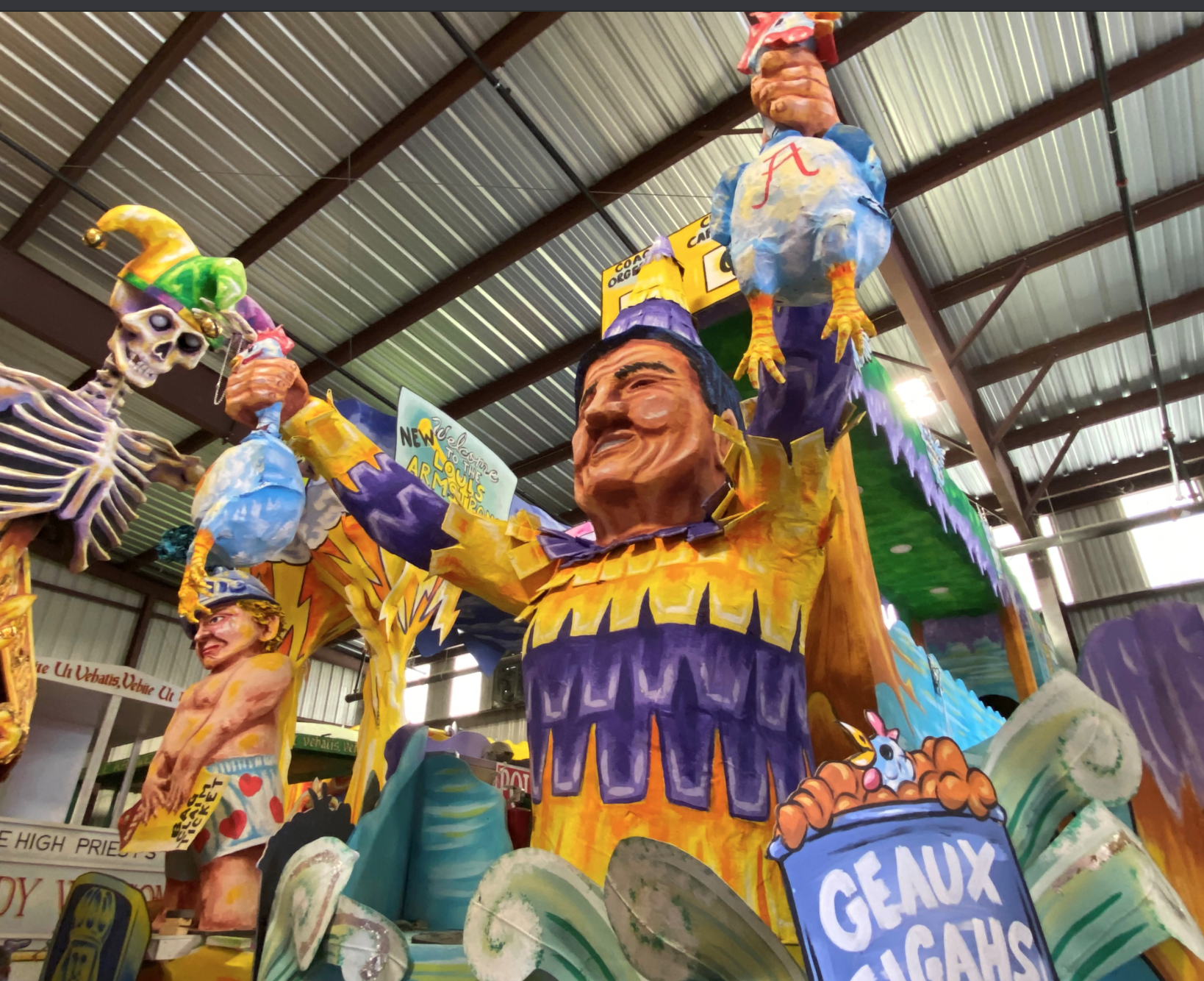 LSU head coach Ed Orgeron is one of the most popular people in the state of Louisiana right now, and he recently received a huge honor at the biggest annual event in the area.

Mardi Gras is a huge deal for both locals and visitors alike, and it’s currently taking place in the French Quarter this week.

Orgeron may not be a drinker, but he was still featured in the parade, even though he wasn’t there. His likeness was, though, as he was featured on a float in the parade, and the artwork is awesome.

The mayor, assessor and even Coach O are featured on Krewe d'Etat floats tonight: "The Dictator Goes to Mardi Gras." Here's a preview:https://t.co/bzt4L1Ph2I pic.twitter.com/TiQAHyowi2