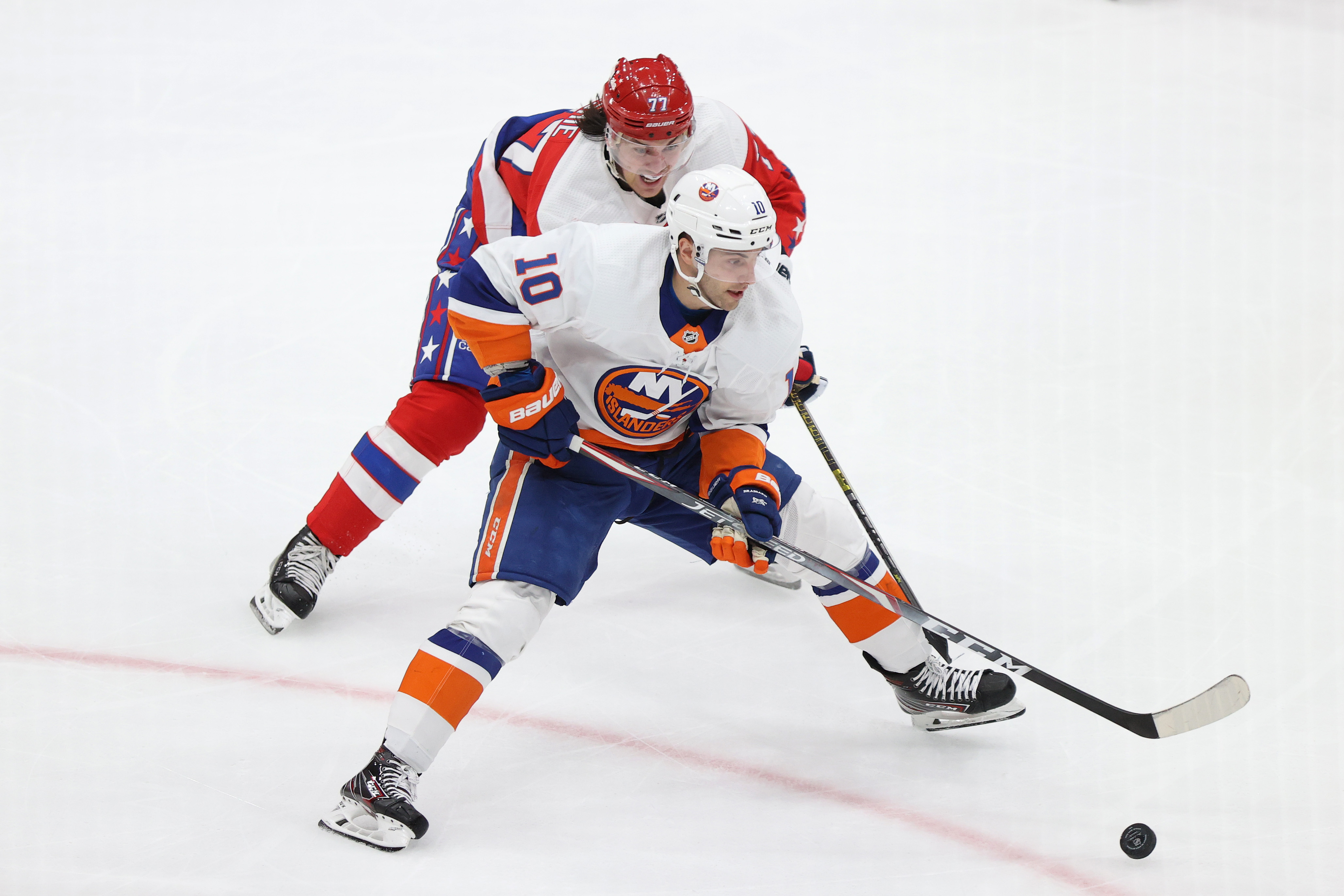 EAST MEADOW, N.Y. — It was a sight for sore eyes on Sunday morning.

Derick Brassard was back on the ice at the Islanders’ practice facility on Long Island after taking a puck to the face in the first period of Wednesday’s loss to Colorado. Brassard had an extra layer of protection for his face attached to his helmet during his time on the ice.

Brassard won’t be ready for Sunday night’s game against San Jose, but he did say that he was feeling better.

“It’s one of those injuries where it’s hard to tell how you feel and stuff,” Brassard said. “Just have to be careful and play when I’m ready to go.”

The Islanders forward got struck in the head by a wrist shot from Ryan Pulock on Wednesday and left the game. Brassard said on Sunday that he never saw the puck coming as he was making his way towards the slot.

The puck struck him just above a plate he had from a broken jaw, Brassard said, and he was sporting a scar on the right side of his head just below his ear on Sunday.

“When I was down I thought my ear was split in half because of the pressure and everything,” he said.

The sight of Brassard skating is a welcomed one for an Islanders team that has been hit hard by injuries as of late. They’re already without Cal Clutterbuck, Casey Cizikas and Adam Pelech.

Clutterbuck began a conditioning stint in Bridgeport on Saturday, but the loss of crucial players is starting to build up. So not having Brassard out of the lineup for an extended period of time is a big positive.

“He felt pretty decent after the game. He felt better yesterday,” Islanders coach Barry Trotz said. “Then obviously he’s out there and he’s skating and he’s shooting and he looks like he’s getting close. We’ll see where he is. He’s probably in that day to day mode. It’s very encouraging.”

For now, the Islanders will have to make do without Brassard in the lineup. Sunday will be the second game he has missed because of the injury.

However, the experience has certainly given Brassard a new appreciation for the players that sacrifice their bodies on a regular basis.

“Some of the defenseman they throw themselves in front of shots,” Brassard said. It’s like you’re out of your mind. Mine was just a pad, like a shot pass deflection and I still felt like I got hit by a car. Just imagine a guy who’s one-timing a puck and he threw himself in front.”