Clutterbuck: 'I was afraid I was in a life-threatening situation' 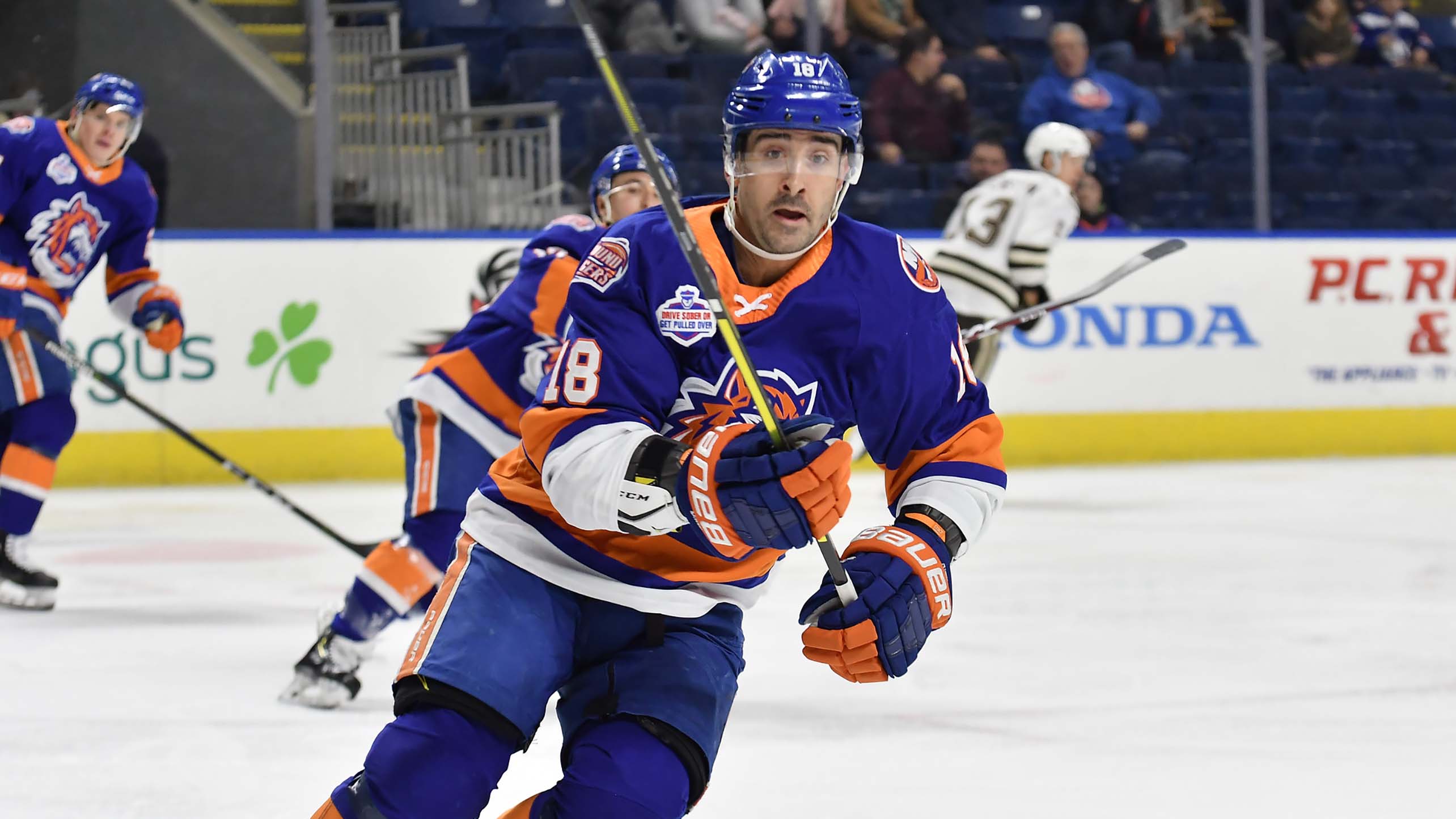 Clutterbuck: 'I was afraid I was in a life-threatening situation'

BRIDGEPORT C.T. – Prior to the Bridgeport Sound Tigers’ 5-4 shootout loss on Saturday, it had been a little more than two months since Cal Clutterbuck skated in his last professional hockey game.

Clutterbuck, who was playing in his 33rd NHL game of the season, had left the Islanders’ Dec, 19  contest against the Bruins at TD Garden in the third period after an errant skate of Patrice Bergeron came up and sliced his left wrist.

“I was afraid I was in a life-threatening situation,” Clutterbuck said Saturday after the first game of his conditioning stint with the Sound Tigers. “That’s all that’s really going through your mind. I tried to move my fingers going off the ice. A lot of concern, just for a lot of different things. Just kind of run through the checklist in your mind pretty quickly.”

Clutterbuck was placed on long-term injured reserve Friday as part of a flurry of roster moves for the Islanders. The move helped the Islanders create more roster space and gave Clutterbuck the ability to get back into game shape down in Bridgeport, an idea Clutterbuck brought up to general manager Lou Lamoriello.

A little more than an hour until puck drop in Bridgeport. #18 Cal Clutterbuck is expected to play in his first game since December 19. #Isles

This will be Clutterbuck’s first AHL action since the 2008-09 campaign with the Houston Aeros. pic.twitter.com/NB6yMsViL7

Saturday was the 32-year-old’s first AHL game since the 2008-09 campaign, when he was part of the Minnesota Wild organization, with the now-defunct Houston Aeros.

“It felt okay. It’s a work in progress,” Clutterbuck said about his performance. “It’s one of those things where it takes time. I wish I could be 100 percent, but we’ll get there. I’m just trying to see where I’m at and seeing what I’m capable of and not capable of. There’s only so much you can do in a practice setting.”

Head coach Brent Thompson echoed the idea that Clutterbuck is on the right path to getting to where he needs to be.

“I thought it was a step. I thought he gave us some safe minutes,” Thompson said. “I thought he got better as the game went on. He was trying to be physical. I think it was a good step for him. Great attitude on the bench. Great presence to have on our team.”

The Islanders’ depth has been tested due to several injuries.

It’s clear the Islanders have missed the connection of Clutterbuck with his normal linemates Casey Cizikas, who is also sidelined,  and Matt Martin over the past few months. If Clutterbuck is on the mend and seen as healthy enough to provide support to the parent club, the Islanders will receive a playoff-caliber type edge in their bottom-six forward group, something they’ve sorely missed for weeks.

Immediately following Clutterbuck’s departure from the lineup, the Islanders lost five-of-seven and have plateaued since their impressive 17-game point streak in the early months of the season.

“I think it’s a different animal down here than it is up there,” Clutterbuck said. “It’s nice to get a feeling for bumps and get that whole feeling back. When you sit out for so long, you just want to make sure you don’t get disconnected from it.”