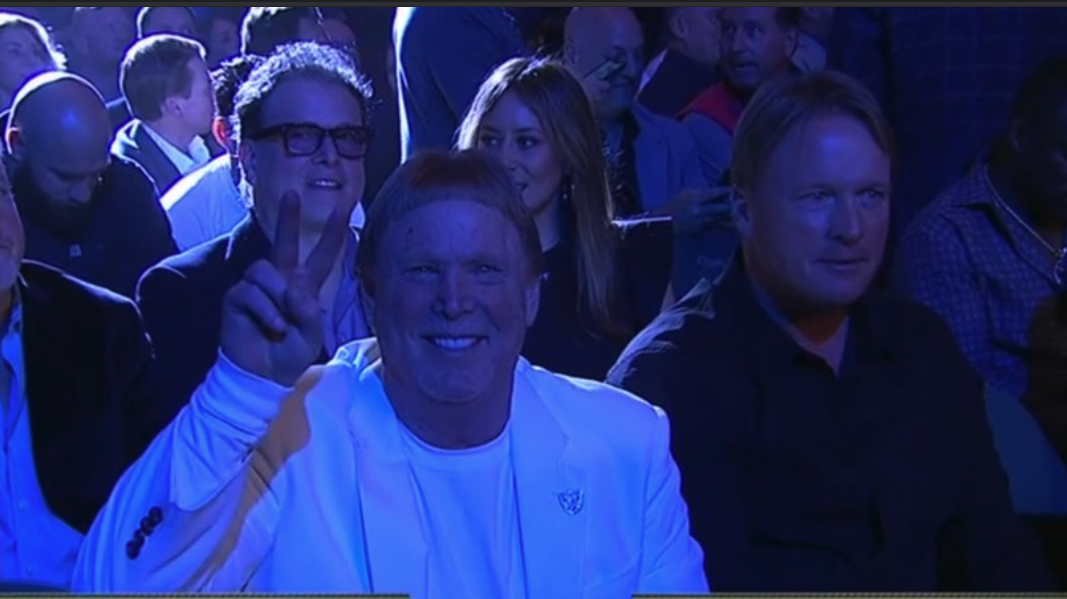 One of the biggest fights of the past year took place in Las Vegas on Saturday night, so it was only fitting that two of the soon-to-be biggest sports figures in the area were at the event.

Raiders owner Mark Davis and head coach Jon Gruden are busy preparing for their team’s move to Las Vegas, so it made sense for them to be at MGM Grand Garden Arena for the Deontay Wilder – Tyson Fury fight.

They were spotted there, along with some other NFL’ers such as Chiefs quarterback Patrick Mahomes.

As for Davis and Gruden, well, they got the meme treatment.

No matter what happens the rest of the night, the $79.99 was worth it. pic.twitter.com/hUYSignmdB

Gruden looks like he was caught on camera after he previously told his wife he was going to be “working late at the office.” https://t.co/TLJ1vxI2U9 pic.twitter.com/QWHz01l9pm

This isn’t up for debate.. but Mark Davis and Jon Gruden have the same barbers #WilderFury2 pic.twitter.com/p7v76hacUS