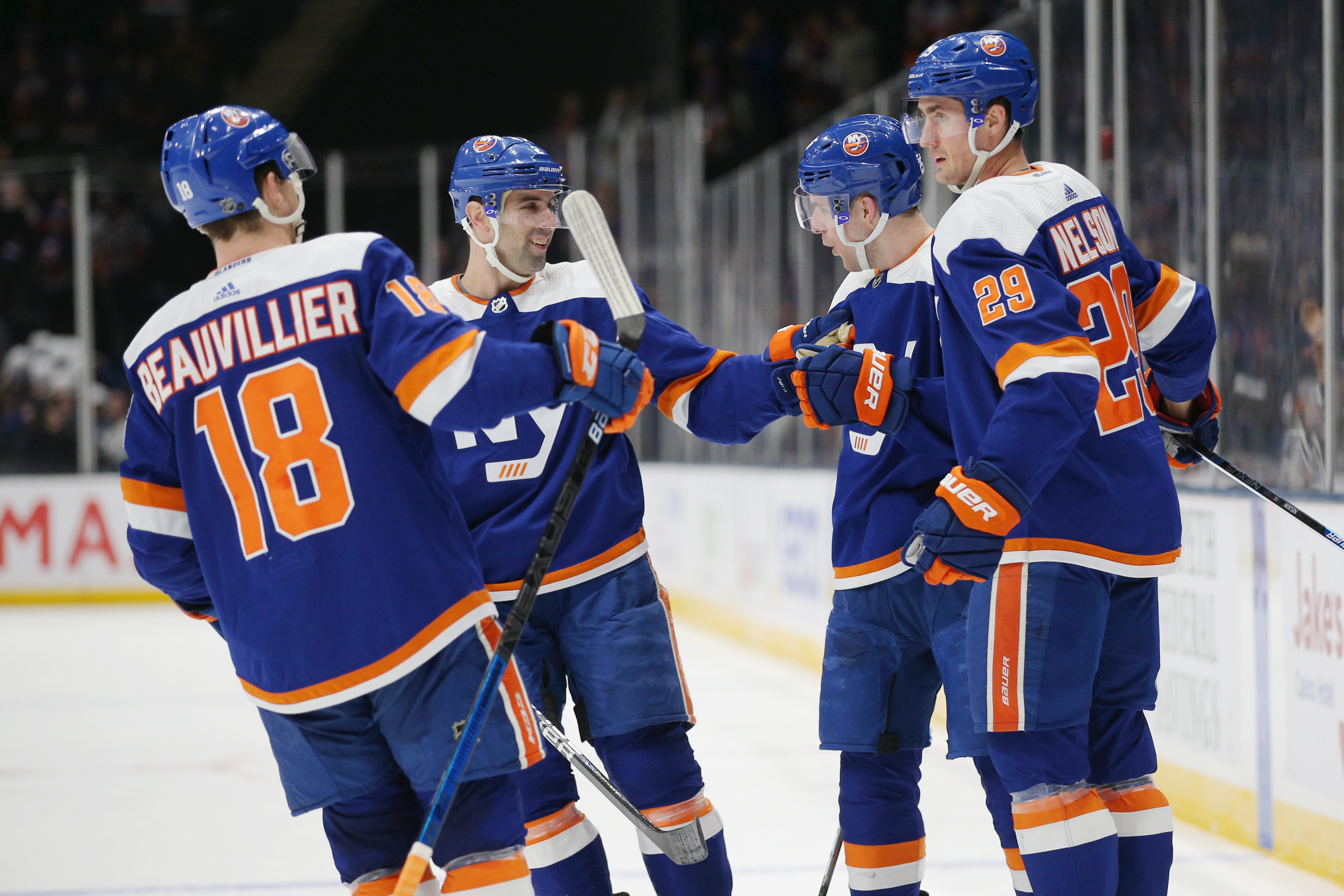 The Islanders captured their second consecutive win on Sunday with a 4-1 victory over the San Jose Sharks. Anders Lee came within one goal of a hat trick and the Isles moved within a point of the Philadelphia Flyers for third in the Metropolitan Division.

Devon Toews and Josh Bailey also scored for the Islanders and Semyon Varlamov made 29 saves.

Here are three takeaways from the win at the Coliseum:

Taking the Space That is Given

Mathew Barzal was feeling it tonight, as his skating ability was on display throughout the entirety of this hockey game. Not only was he able to break through the neutral zone with speed, but the quickness of his hands gave him even more room to cut through the offensive zone, becoming a major threat to either take a strong shot or dish it off to his teammates. Lee was on the other end of two of those magnificent plays that were showcased in the win.

With his effortless speed, Barzal was able to create an odd-man rush and made a strong pass to Lee, who is able to put the puck in the back of the net.

These two get it done. pic.twitter.com/vBiX4B4hKh

Barzal made it look easy and with all the attention on him, he made the smart play to drop the puck to Lee.

In fact, the performance that Barzal put on was almost videogame-like. At one point in the first period, Barzal skated from his own zone, weaved through opposing players and nearly beat Martin Jones.

What a rush by Barzal. Nearly buried it. pic.twitter.com/iYSbSVyYyh

Playing 20:55 tonight, Barzal led the Islanders in time on ice and played one of the strongest games we have seen from him, picking up two assists in the process. If a team is going to give him that much time, he will make them pay.  Tonight was exhibit A.

Putting on the Pressure

They were the first to loose pucks and they were able to break out of their zone with speed. The Islanders were able to make plays in the offensive zone, cycling the puck at times with great footwork and puck control. And if an Islander lost the puck, they were quick to break up the scoring opportunities with strong backchecking.

The forecheck was dominant on Sunday, whether it be pressuring Jones when he played the puck or when a Shark defender tried to clear the zone. The hunt for the puck was evident on the Islanders’ third goal of the game.

Let's all take a moment to appreciate that Toews goal 😍 #Isles | @NYIslanders pic.twitter.com/oEqmkQ4h8K

Leo Komarov was able to apply pressure, while Dal Colle came in for support, stripping the puck off of Barclay Goodrow’s stick, before finding Devon Toews, who crept in from the high slot.

Just an impressive play, but a technically sound play as well.

The Islanders were moving as a complete unit tonight. Whether it be breaking out behind the net or cycling the offensive zone, there was always an option for the players. The chemistry was there from all four lines and if a mistake was made someone was there to clean it up.

“We’re playing as a group of five on the ice right now,” Toews said after the game. “We’re using everyone and creating a lot of movement. Anytime you hold a team to one goal you have a chance.”

And that they did for the second straight game.

Varlamov was strong in this one, albeit his rebound control still seemed to be a struggle. But time after time, his defensemen were in prime position to clear the front of the net or tie up loose sticks.

With Andy Greene in the lineup, the defense just looks that much more confident. The team as a whole blocked 18 shots, nine of which came from the defensive unit.

Besides the blocks, all the Islanders on the rink were in a position, which was making it rather hard for the Sharks to get enough prime opportunities. Even in the beginning of the third period when the Sharks cycled the Islanders’ zone, there was not much available.

The saying “defense wins championships” is a true one, and the Islanders were able to hold their lead for the remainder of the game because of that.