Your Morning Dump...Where the rivalry is renewed yet again 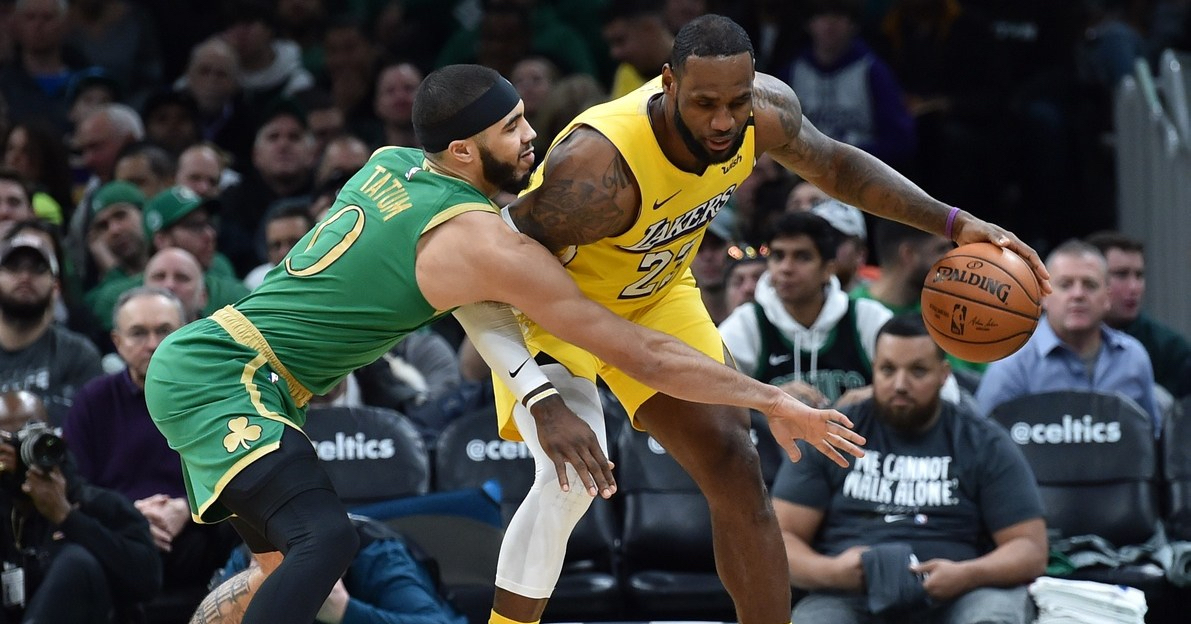 Your Morning Dump...Where the rivalry is renewed yet again

When the Los Angeles Lakers walked into the TD Garden on late Monday afternoon, Jan. 20, it was the first time in nearly seven years that they would meet the Celtics as a certain playoff team.

Sure the Celtics and Lakers are always entertaining, but Los Angeles has not reached the playoffs since 2013, and that includes the final three years of the great Kobe Bryant’s career. The Lakers-Celtics rivalry had taken a beating, resembling nothing of the intense matchups of two of the NBA’s greatest franchises…

The Celtics won the nationally televised game, 139-107, Boston’s biggest win over the Lakers in more than 50 years. And while the game wasn’t as competitive as advertised, it was refreshing to watch the two teams return to the NBA’s elite and clash.

Sunday is the rematch at Staples Center. It’s the first Lakers-Celtics game since Bryant’s tragic passing. The Lakers will be motivated, with James and a healthy Davis, who was limited in the first matchup as he was coming off a back injury.

No matter how you slice it, Celtics vs. Lakers is a big deal. It’s one of the most polarizing rivalries in all of sports and these two teams have had battles for the ages that’ll be etched in stone forever. While I can’t speak for the clashes in the 1980’s, I grew up with a different saga in the rivalry. Just as Kevin Garnett and Ray Allen came through the doors, Pau Gasol made his way to LA. For the first time in 20 years there was a chance these two behemoths would meet in The Finals. As fans, we got our wish as they battled in both 2008 and 2010 in what was a refreshing renewal of the rivalry.

Fast forward nearly 10 more years, and that same opportunity has presented itself yet again. There’s no telling how the playoffs will shake, but there’s at least a chance that we’ll get to see this rivalry yet again on the biggest of stages. Until then, today will have to suffice.

The Celtics are coming off of a 127-117 win in Minnesota while LA is coming off a 117-105 win of their own against the Grizzlies. Both teams have been hot as of late and each are trying to solidify their respective playoff seeds in what figures to be one of the biggest games of the NBA season. It will also tell us a lot about a Celtics team that has answered most of our questions all season long.

It’s going to be a madhouse and I figure the Lakers are going to come out with an agenda. It’s up to the Celtics to stand their ground and throw a haymaker of their own right off the bat. A trait of these Celtics has been their resiliency and they’re going to have to show that once again as Kemba Walker is going to miss this one due to his knee that’s been giving him trouble as of late.

#NEBHInjuryReport for tomorrow vs. LA Lakers:

The names may change, but the intensity is always the same. There’s just something about these two teams suiting up that brings out some incredible basketball.

Former Celtic Kevin Garnett, who actually revealed he considered joining the Lakers when the Minnesota Timberwolves made him available by trade in 2007, still reveres those matchups with Bryant. There was such a mutual respect for each other, the name on the front of the jerseys, and the tradition of the matchup.

That was never lost on Garnett.

“Before I got to Boston I would always battle with the Lakers and it was the premier game,” he said. “Playing Shaq [Shaquille O’Neal] was always entertaining. It was always the pinnacle. Kobe and I knew each other. Shaq and I would befriend each other. The matchups were always high end, it was always electric. I always felt like it was on demand.

They always bring out the best in each other and I expect it to be business as usual. No matter who takes it home, we’re in for a doozy at 3:30 ET.

BSJ: Why Al Horford signing has backfired on the Sixers