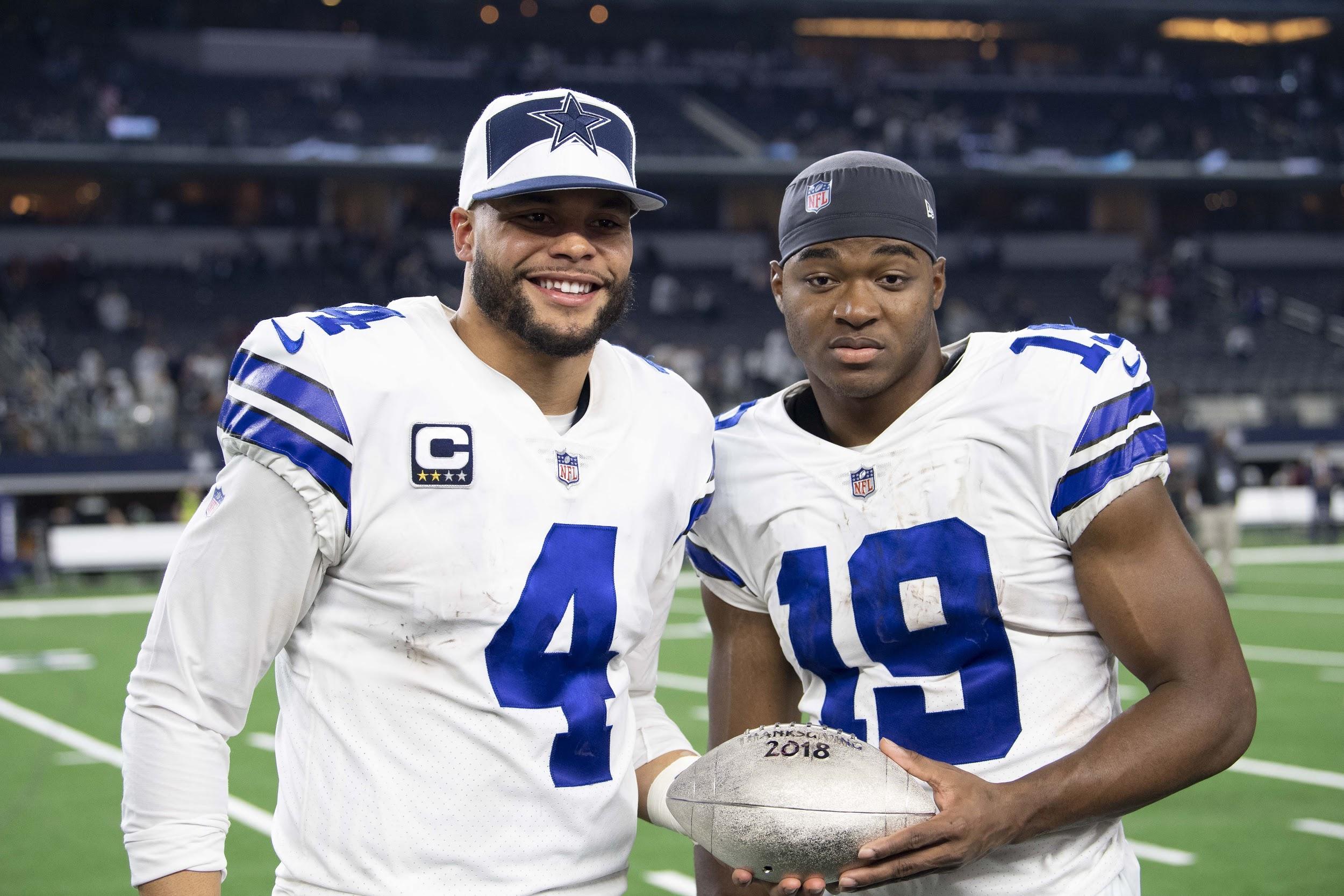 The Dallas Cowboys had Super Bowl aspirations last season, but due to some locker-room chemistry issues, as well as poor coaching — they didn’t even make the playoffs.

Dallas sat atop the NFC East standings every week of the season — up until the final game, following a brutal loss to the Eagles in Philadelphia. That essentially sealed their fate, and was the nail in the coffin for head coach Jason Garrett. It ended an underwhelming 2019 campaign, with the Cowboys having been one of the most disappointing teams in the NFL.

But, despite how 2019 went, let’s not forget that the Cowboys have one of the most talented rosters in the league, and they’d be wise to retain as much of it as possible, in hopes of making a Super Bowl run in 2020. Most importantly, the team will likely look to favor a fairly healthy dose of the passing game this season, under new head coach Mike McCarthy, so the Cowboys should do whatever it takes to re-sign the two biggest components to that equation.

Both quarterback Dak Prescott and wide receiver Amari Cooper are soon to be free agents, and it’s fair to question how the Cowboys let it get this far. After all, they caved in to running back Ezekiel Elliott’s demands late last summer — awarding him a massive new contract, when he wasn’t even set to become a free agent until 2021. Prescott and Cooper were more pressing needs, yet the team broke the bank for Elliott, which could have an impact on how those two aforementioned players negotiate with the Cowboys in the coming weeks.

And sure, Elliott is important, but let’s not forget how important the Cowboys’ passing game was last season. The team ranked second in yards per game, with 296.9. Zeke is a superstar, but the Cowboys actually passed to set up the run last season, proving how important Prescott is. His dual-threat ability — making plays with both his arm and his legs — shows that he’s well suited to operate in the “new wave” of innovative offenses that are focused on building around mobile quarterbacks. Not only that, he’s a home-grown product, with the Cowboys having drafted him in 2016, a deal that now almost seems as good as those free bets deals offered sometimes by high rolling casinos. It takes so long to earn a new offense, so if the Cowboys were to let him walk, rolling with another signal-caller instead, they’d essentially be punting on this season, and then they’d be wasting the prime years of their young studs on the defensive side of the ball, many of which will soon have expiring contracts next year and beyond.

Not only that, Prescott needs Cooper — his go-to receiver — to be successful. Cooper and Prescott have worked so hard to develop chemistry over the years, and the receiver has now become his quarterback’s safety valve. They’re nearly always on the same page, and are one of the most lethal quarterback-wide receiver duos in the NFL. Cooper figures to really thrive in McCarthy’s offense, too.

The Cowboys are currently listed at 16-to-one odds to win the Super Bowl, at sportsbooks such as Free Bets Australia, and if they can re-sign these two players, their odds should even improve a bit. But if they don’t, expect them to drop quite a bit, in the eyes of both oddsmakers and NFL analysts.