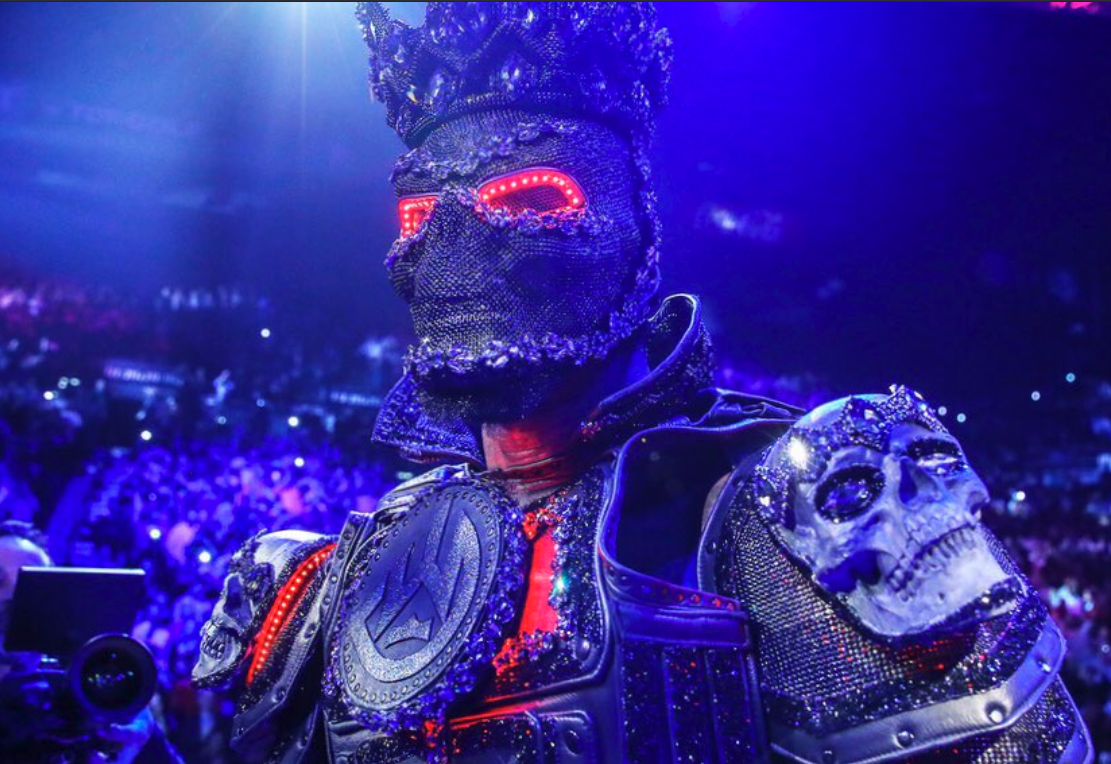 Tyson Fury absolutely dominated Deontay Wilder in Saturday’s bout at MGM Grand Garden Arena, winning via TKO in the seventh round, and the loser offered one of the most bizarre excuses as to why that you’ll ever here from an athlete.

Wilder didn’t give credit to Fury after the fight was over, nor did he blame his preparation or conditioning for why he was beaten up from start to finish.

Instead, he blamed a prop — one that Wilder donned while walking out to the ring introductions. Wilder wore a silly-looking $40,000 costume that made him look like a demonic knight, and apparently it weighed 40 pounds. He claimed that it weakened his legs before the fight, and affected his performance.

🤯 Deontay Wilder: “He didn’t hurt me at all, but the simple fact is my uniform was way too heavy for me. I didn’t have no legs from the beginning of the fight… I didn’t think it was going to be that heavy. It weighed 40lbs with the helmet and all the batteries.” [@YahooSports] pic.twitter.com/1fMBhzNISS

If true, one would think that he would’ve worn the costume before the biggest fight of his career, to see how it felt. Either way, it was a moronic decision by Wilder and his camp, and it may have cost him.