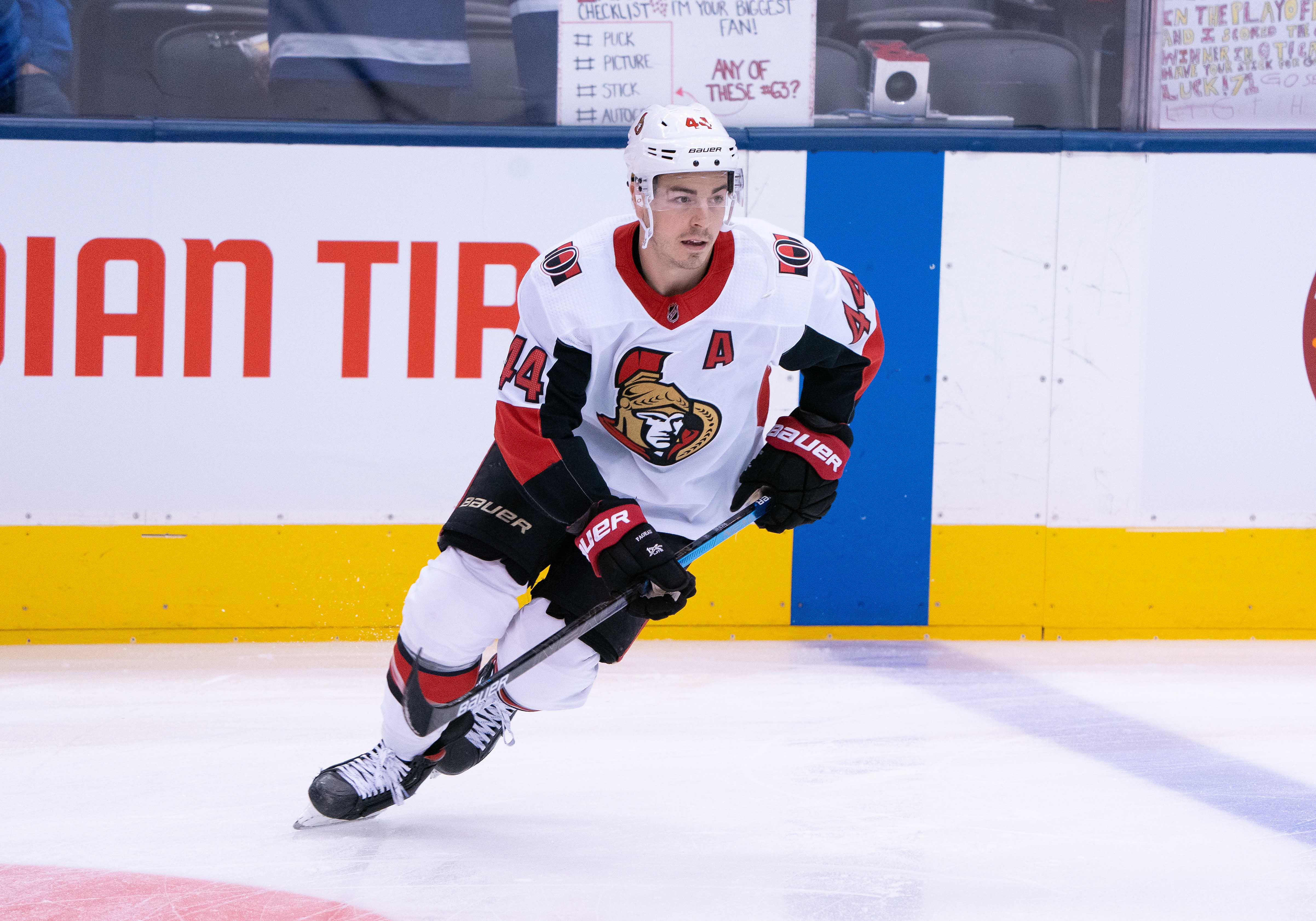 The days of the Islanders being quiet at the NHL Trade Deadline appear to be over.

The Islanders picked up Jean-Gabriel Pageau from the Ottawa Senators in a sizable deal before the 3 p.m. deadline. It took the Islanders sending Ottawa a top-three protected first-round pick in this year’s draft, a second-round pick this year and a conditional third-round pick.

Hours later the Islanders announced they had signed Pageau to a six-year contract extension with a $5 million annual average value.

“Just to see how competitive the team is already and I know some of the players already on the team,” Pageau said about his decision to sign an extension. “I’ve heard only good things about the Islanders and to have the chance to be joining the team is such an honor for me. I couldn’t be more excited just to go on a team that’s going to be competing every year for the playoffs or for a championship.”

Pageau, 27, is in the middle of a career year with 24 goals. He also has 40 points in 60 games this season and a career 52.2 percent success rate in the faceoff circle.

The qualities that the centerman brings were too much for Islanders general manager Lou Lamoriello to pass up.

“We felt with our lineup to solidify down the middle we needed a center iceman, in particular, a right shot and there were very few and far between,” Lamoriello said on a conference call. “When you’re looking at a center you’re trying to get a complete player that can play in all situations and certainly this young man fits the bill.”

Pageau had been in the final year of a three-year, $9.3 million deal before his extension with the Islanders was announced on Monday. He had been working with the Senators to try to hammer out a new deal, but the two sides failed to come to terms which facilitated the trade to the Islanders.

It was the Islanders’ second trade in just over a week as the team hits the home stretch of the season. News of the deal broke early Monday morning and the team confirmed the trade just after 10:30 a.m.

“They were a hard team to play against and now just to be part of that team is something I’m excited (about),” Pageau said.

Pageau will be on Long Island Tuesday, but it’s unclear if he’ll be able to play against the New York Rangers on Tuesday night. His availability will be contingent on whether or not a work visa is completed in time.

Though, the newly acquired Islander is anxious to get going. Pageau famously scored four goals against the New York Rangers during the postseason for Ottawa.