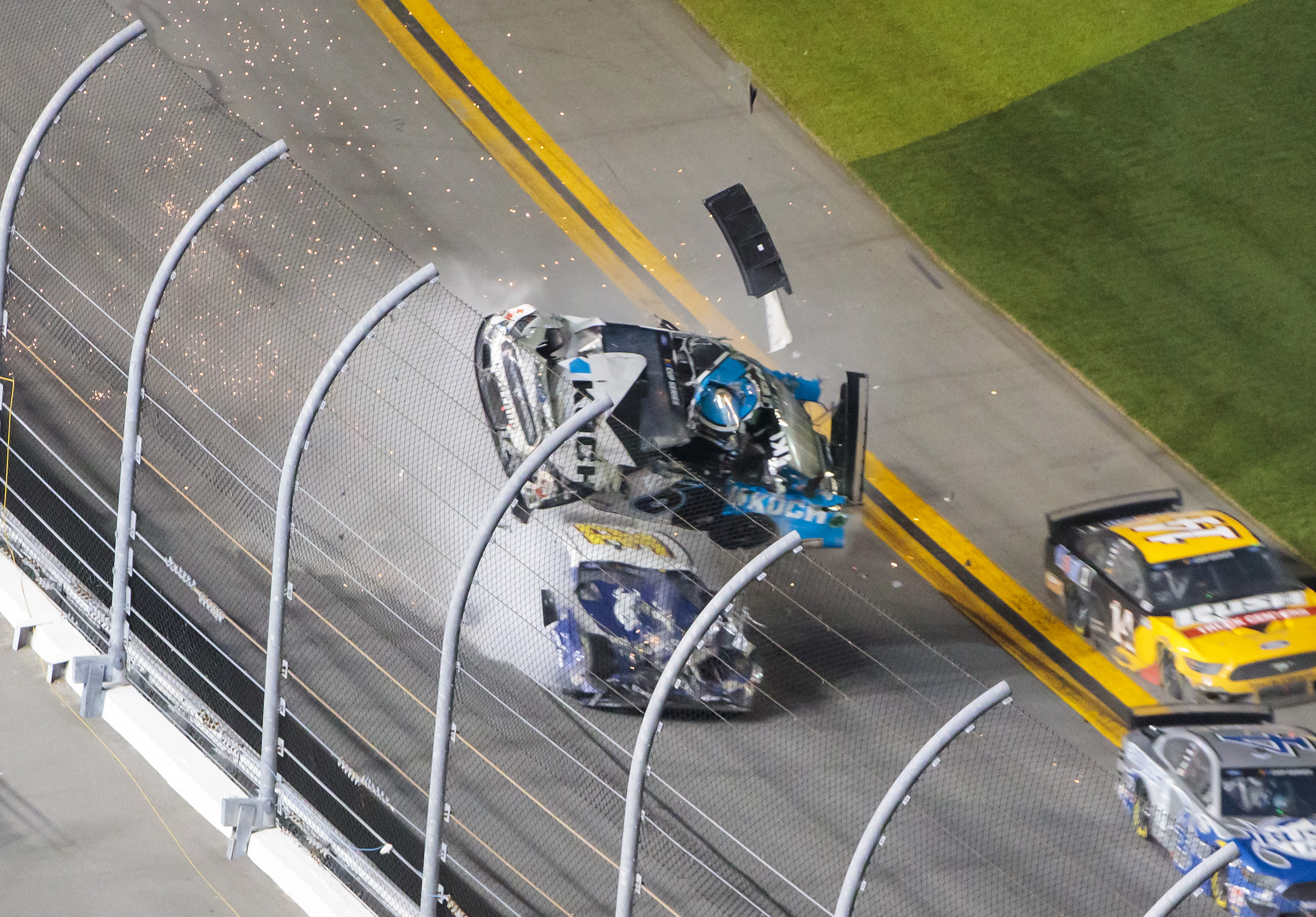 NASCAR driver Ryan Newman of South Bend, IN announced he suffered a head injury on the final lap of the 2020 Daytona 500 on February 16 according to the Associated Press. In a spectacular crash, Newman’s car went in the air moments before Denny Hamlin of Tampa, Florida crossed the finish line. Remarkably, Newman still finished in ninth place.

Newman announced he did not suffer any broken bones. He is currently being treated for his head injury and there is no report as of yet when he will be back on the NASCAR track.

Unlike most sports, NASCAR has its most significant race at the beginning of the season. The 42 year old driver has been with Roush Fenway Racing the last two years.

Newman won his first NASCAR race with Penske Racing in 2002. The following season in 2003, Newman won a remarkable eight times and finished in sixth place in the final point standings. Nicknamed “Rocket Man”, Newman went on to win in Michigan and Dover in 2004 and in New Hampshire in 2005. In 2008, Newman had the biggest win of his career when he won the infamous Daytona 500.

In 2009, Newman moved from Penske Racing to Stewart-Haas racing. There he won in Phoenix in 2010, New Hampshire in 2011, Martinsville in 2012 and at the Indiana Motor Speedway in his home state of Indiana in 2013. Newman’s last NASCAR victory was in 2017 in Phoenix.

This has been a very tough time for Newman. Before the Daytona 500, Newman and his wife Krissie announced their separation after 16 years of marriage according to Jason Duaine Hahn of People Magazine.

In a remarkable statistic, Newman had 649 NASCAR starts dating back to the 2002 Daytona 500 where he finished seventh. Ross Chastain of Alva, FL was Newman’s replacement in his car on Sunday in Las Vegas and finished 27th. The winner was Joey Logano of Middletown, CT. Newman meanwhile hopes to return sometime in 2020.