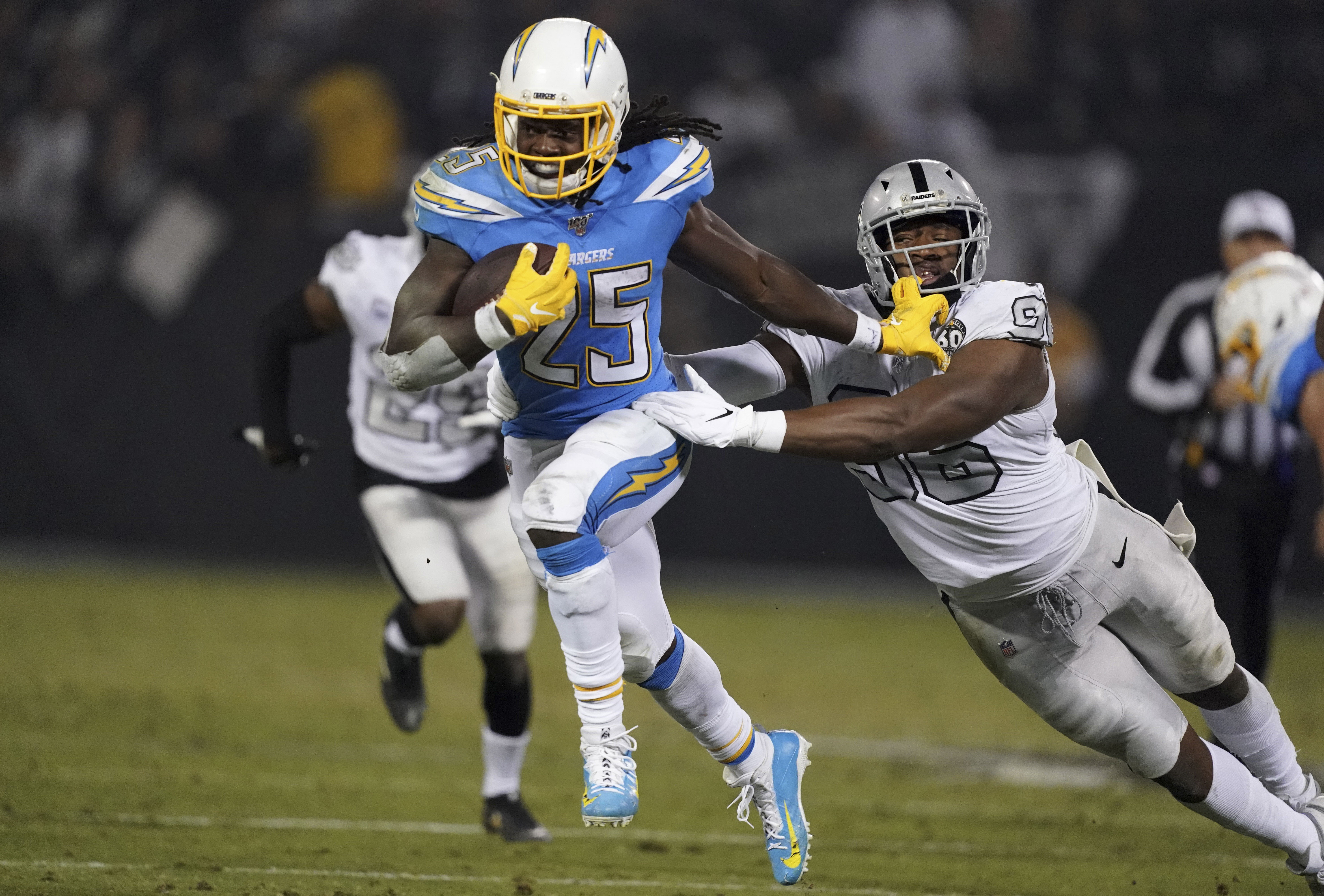 The Philadelphia Eagles are expected to be a major player in NFL free agency after their season came to an end in the NFC Wildcard game against the Seattle Seahawks.

The reigning NFC East champions will be specifically looking to upgrade the wide receiver, cornerback, linebacker, and safety positions either in the NFL Draft or free agency.

However, one position that isn’t listed but is being talked about as a possible upgrade option is running back. This season, the Eagles used five different running backs, who could all do a variety of different things.

Out of the five running backs, rookie Miles Sanders and first-year player Boston Scott emerged as future building blocks of the Eagles’ backfield.

Sanders did a great job of filling in for an injured Jordan Howard during the second half of the regular season, proving that he could be the team’s feature back.

When it comes to Scott, he had 245 rushing yards on 61 carries and five touchdowns, while adding 204 receiving yards. Then there’s Howard, who the Eagles acquired last offseason from the Chicago Bears.

In 10 games this season, the 25-year-old running back had 525 rushing yards on 119 carries and six touchdowns. He also had a receiving touchdown and was the perfect fit for the Eagles’ running back by committee.

However, unlike Sanders and Scott, Howard’s future with the team is up in the air as he’s an unrestricted free agent. With all that being said, CBS Sports floated the idea of the Eagles being a possible destination for Melvin Gordon III.

The 26-year-old had a down 2019 season with the Los Angeles Chargers after he held out of training camp and the first three regular-season games for a better contract.

Gordon was reportedly offered $10 million per season, which was an upgrade for what he was making in the final year of his deal ($5.6 million).

However, the Chargers were not going any higher than that amount and even allowed the Pro Bowl running back to seek a trade. One team, who was interested in possibly trading for Gordon — the Eagles.

Albert Breer of the MMQB reported in September that Philadelphia offered Los Angeles Howard and a swap of mid-round picks in exchange for Gordon.

In 12 games this season with the Chargers, Gordon had 612 rushing yards on 162 carries and eight touchdowns. He also caught 42 passes (55 targets) for 296 yards and a touchdown.

Therefore, should the Eagles pursue Gordon in free agency, retain Howard, or make Sanders the feature running back?

The consensus answer would be yes, the Eagles should go after Gordon. He fits what they like in a running back and gives starting quarterback Carson Wentz another weapon out of the backfield.

Could you imagine a 1-2 combination of Gordon and Sanders terrorizing NFC East defenses for the next 4-5 years?

However, Eagles general manager Howie Roseman should realistically opt against going after Gordon and use that cap space to upgrade the wide receiver spot and the defense.

According to Spotrac.com, Gordon’s calculated market value is a four-year, $46.8 million deal with an average annual salary of $11.7 million.

That is a lot of money to invest in a running back, who already has amassed 1,059 carries over his four-year career.

Furthermore, when you compare Gordon’s projected contract to other running backs such as Todd Gurley and David Johnson, who have struggled to stay healthy, the Eagles should proceed with caution.

That being said, they should look at bringing back Howard on a two-year deal and address the wide receiver position to help out Wentz.