Three XFL players who should be on the Eagles' radar 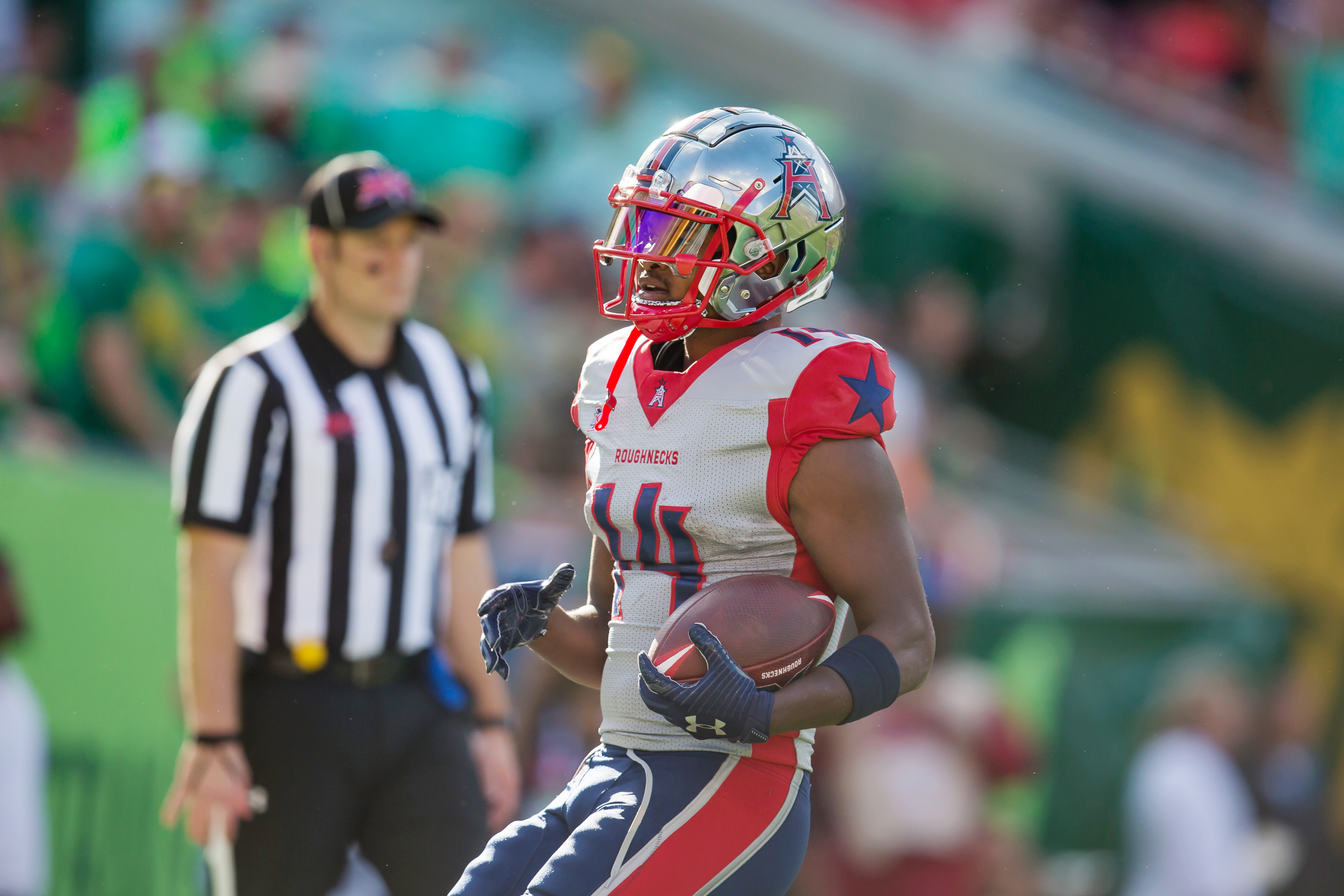 Three XFL players who should be on the Eagles' radar

With the XFL almost a month into its regular season, it’s a perfect time to focus on some players who could find themselves on an NFL roster after the season wraps up in April.

Through the first three weeks of the XFL season, we’ve seen many players who have little NFL experience or looking to find their way into the NFL make a name for themselves.

Just as we saw with the now-defunct AAF, if you can play at a high level, the NFL will find you.

This was the case for Philadelphia Eagles wide receiver Greg Ward Jr., who spent some time with the San Antonio Commanders of the AAF before rejoining the Eagles last summer.

Speaking of the Eagles, they have a lot of former players taking part in the XFL and should explore the idea of signing a few of these guys to fill out their 90-man roster.

As we all know, the Eagles need to get younger and faster at WR, while getting young playmakers on the defensive side of the football. They could also use a backup quarterback for starter Carson Wentz.

That being said, who should Eagles general manager Howie Roseman be looking at from the XFL? Here are just some players who have stood out and could be playing at Lincoln Financial Field:

If you haven’t had a chance to watch the XFL yet, you have missed out on the P.J. Walker show.

In the regular-season opener against the Los Angeles Wildcats, Walker casually completed 61 percent of his passes for 272 yards, four touchdowns, and an interception. He also added 26 rushing yards en route to winning the league’s Star of the Week award.

On Saturday afternoon against the Tampa Bay Vipers, the dual-threat quarterback completed 67-percent of his passes for 306 yards, three touchdowns, and zero interceptions. He also had 34 yards on the ground and a Deshaun Watson-esque touchdown run.

We are running out of adjectives to describe what PJ Walker can do on a football field.

Therefore, Walker would be the perfect backup for the Eagles heading into next season. As things currently stand, Josh McCown is a free agent, and Nate Sudfeld is the team’s third-string quarterback.

It is not a guarantee that McCown returns or if the Eagles think Sudfeld is the guy for the future. This is where Walker comes into play as he brings that dual-threat ability with an electrifying arm.

If he can succeed in Jones’ spread offense, then just imagine what he could do in the Eagles’ offensive system.

As previously alluded to, the Eagles must find a way to get younger and faster at wide receiver this offseason. One way that they can do this is in the 2020 NFL Draft, which has a loaded wide receiver class.

However, just like they did last year, signing Charles Johnson from the Orlando Apollos (AAF), they could do the same with Cam Phillips.

Phillips has taken the XFL by storm and staked his claim as the league’s best wide receiver. In Week 2 against the St. Louis Battlehawks, the former Virginia Tech standout racked up eight receptions (10 targets) for 63 yards and three touchdowns in a 28-24 win.

With those types of statistics, Phillips was named the XFL’s Star of the Week. However, he followed up his Week 2 outing with a phenomenal performance against the Vipers.

On Saturday afternoon, Phillips showcased his ability to stretch the field, producing eight receptions (10 targets) for 194 yards and three touchdowns.

Phillips, who went undrafted in 2018 and spent some time on the Buffalo Bills’ practice squad, would be a nice vertical option for Wentz.

Unlike Walker and Phillips, the Eagles could get St. Louis Battleahawks safety Kenny Robinson in the 2020 NFL Draft.

Robinson, the former West Virginia Mountaineer standout, is the youngest player in the XFL and is eligible for the draft. The 6-foot-2 defensive back recorded his first interception on Sunday against the New York Guardians.

Kenny Robinson is draft eligible for the NFL in 2020.

The 21-year-old pulled down his first pro interception just before the half.

He is a ballhawk and not afraid to get physical, which is something the Eagles could use at safety. In his two seasons at West Virginia, Robinson produced 123 total tackles, seven pass deflections, seven interceptions, and four tackles for loss.

Robinson might not be a Day 1 draft pick, but could be there for the taking on Day 2.