Your Morning Dump... Where LeBron is right, the Celtics have an absolute problem 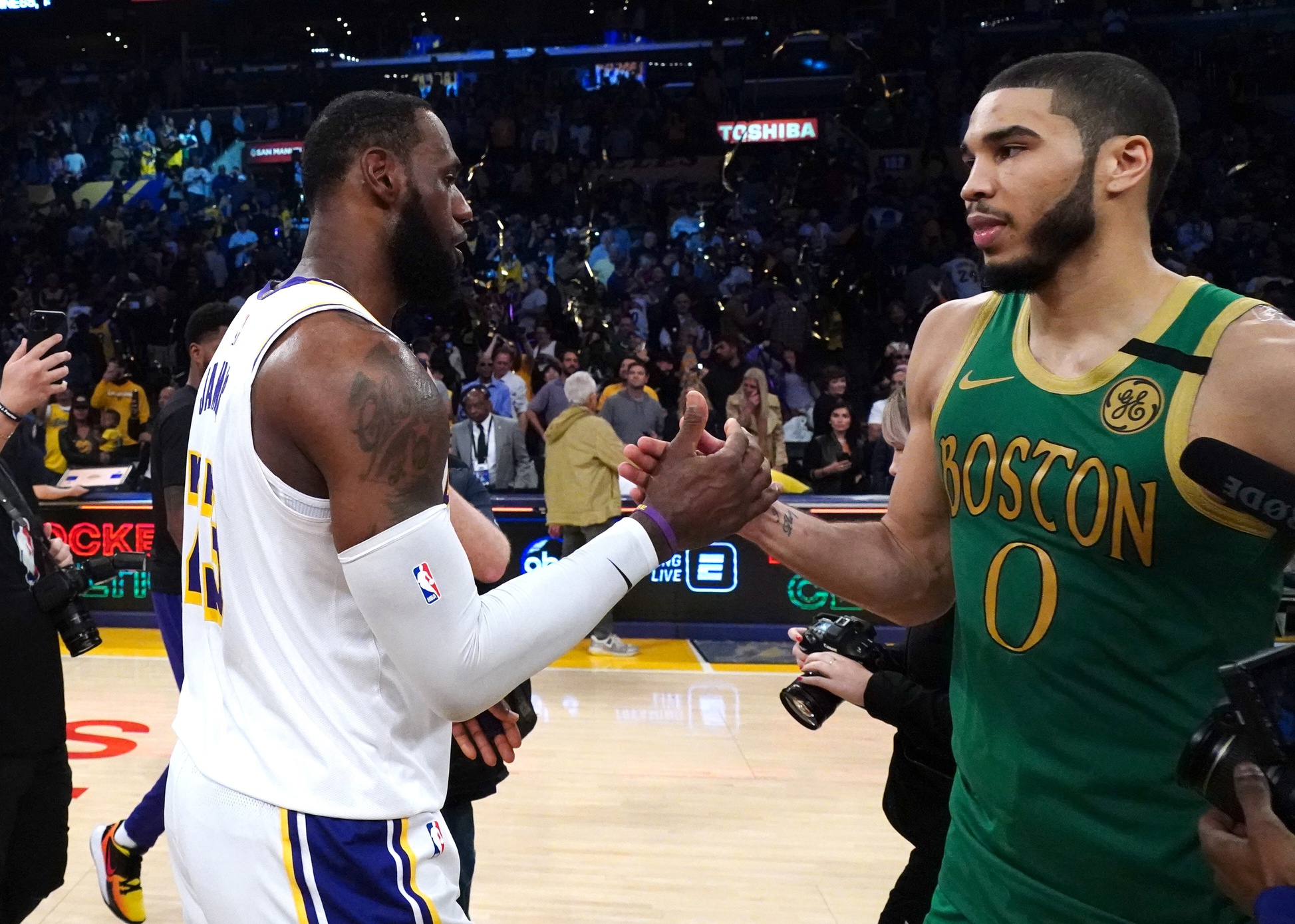 Your Morning Dump... Where LeBron is right, the Celtics have an absolute problem

That boi to the left of me is an ABSOLUTE PROBLEM!! Keep going #YoungKing🤴🏼 #OnelegSleeveGang lol 🙏🏾💪🏾👑

As most of you know, I’m not a big fan of LeBron’s persona. Sure, he’s a top 5 player and amazing philanthropist, but it’s the histrionics that annoy me most.

I’ll cut him some slack here because he’s acknowledging what the rest of the world witnessed yesterday, Jayson Tatum is an elite, franchise-cornerstone type of player. And “The Problem” makes for a decent nickname.

While Tatum poses many problems for opposing teams, the Celtics developed one of their own – how to handle double-teams. The Globe’s Gary Washburn explained it perfectly:

If opposing teams are going to double Tatum, Hayward has to flourish. Many of his 10 missed shots Sunday were open. He missed all five of his 3-point attempts, two point-blank layups, and three midrange jumpers.

Honestly, opponents are deciding which Celtic they trust the least to score with the open jumper and so far, it’s Hayward. If Hayward at least has an average game the Celtics win, even without Kemba Walker.

“It’s tough when you have those big nights, you have to come through for him,” Hayward said. “We’re going to have to be better playing off the double and learning how to attack that, especially when he’s rolling. That’s on all of us. We had our shots. We had our opportunities. We knew they were going to make plays.

“If I make some shots I normally make. I smoked a couple of bunnies, we win the game pretty easy.”

I made this point (in blunt terms) yesterday on social media and was instantly hit with Hayward’s well-rounded box score. Gordo’s versatility will always be valued, but yesterday afternoon, the Celtics needed him to score and he failed them.

I’m confident the Celtics will figure it out. For one, Kemba will be back (eventually). Tatum will adjust and Hayward will make shots. Yesterday’s failures are highlighted a bit more because we all really, really, really wanted to Beat LA (again).

On Page 2, the bench looked awfully weak in LA.

Part of this is Marcus Smart being forced to start in place of Kemba Walker. Part of it is Enes Kanter being totally ineffective lately.

The Celtics lived off Kanter’s putbacks for a long time. He was playing well enough to minimize his defensive liabilities and he was cleaning up a lot of C’s misses. Without him being an offensive rebounding monster, he becomes unplayable.

That’s why he only managed five minutes against a team he torched the first time around. Whether his hip is an issue or the magic has just run out, Kanter is just not capable of being on the floor right now.

This is life with Enes Kanter. Some teams will make the effort to attack him and render him unplayable. When that happens, you hope another big can step in.

Brad Wanamaker (04 FG, -11) was particularly brutal yesterday, but he’s averaging nearly 8 ppg over his last ten. He’s been up and down all season and we can only hope he’s up until Kemba returns.

There’s a week left for the Celtics to add a body via buyout and have that player eligible for the playoffs. I’m not holding my breath.

NBC – Was not trading for AD a blessing?