What Happens to the Packers Running Backs After 2020? 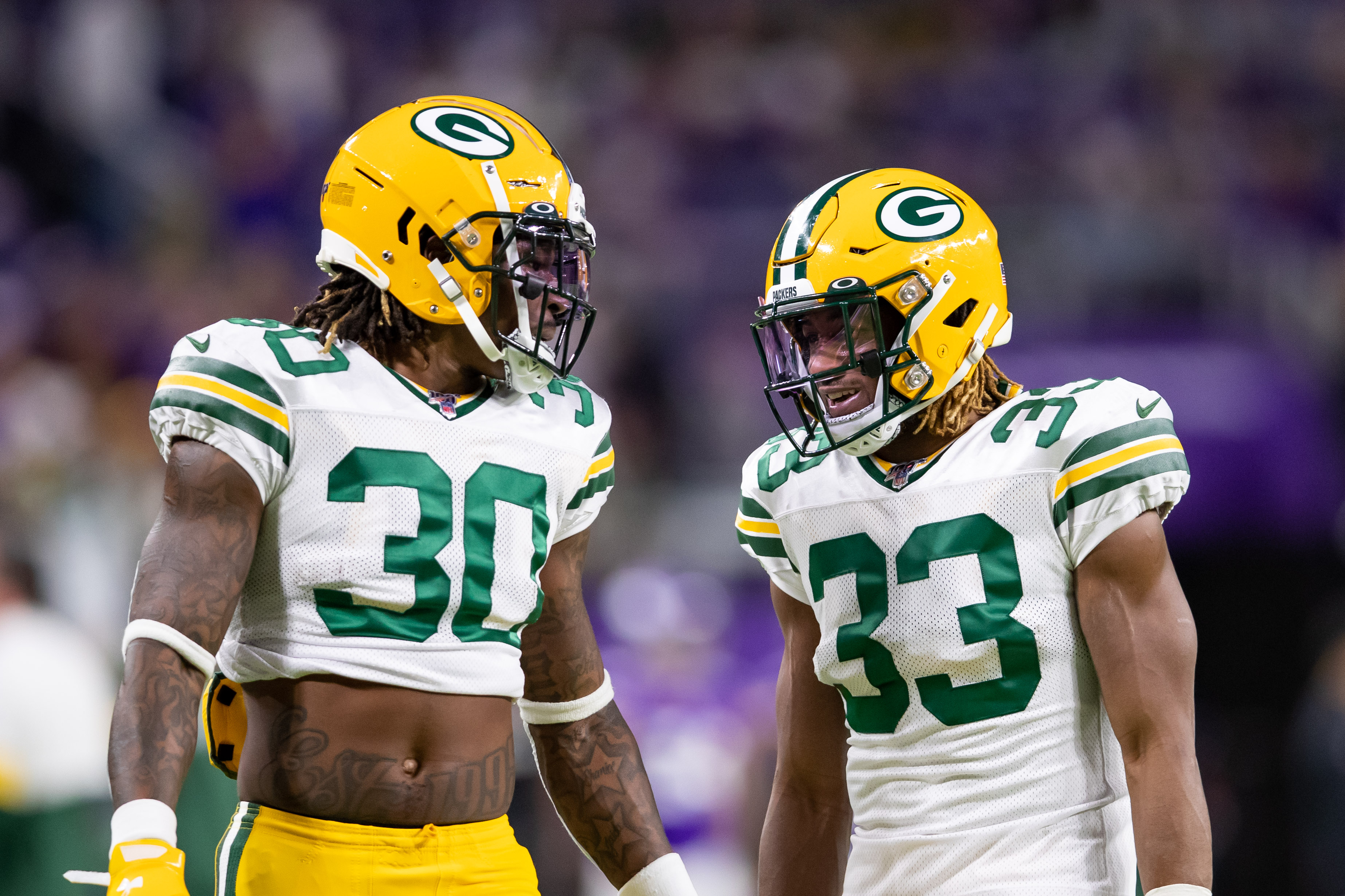 What Happens to the Packers Running Backs After 2020?

The Green Bay Packers have a dynamic duo of running backs in Aaron Jones and Jamaal Williams. The two third-year backs compliment each other well and have been productive for the Packers since they entered the NFL in 2017.

This season, Jones rushed for 1,084 yards while Williams added 460 as his backup despite missing two games due to injury. Both backs were active pass receivers as well. Jones was second on the team with 49 receptions while Williams was third with 39 and tied for the club lead in touchdown catches with five.

Both Jones and Williams were selected in the 2017 draft, which means their rookie contracts will expire after the 2020 season. So, GM Brian Gutekunst must start thinking about what the team should do with these two after next season.

Jones is the unquestioned starter and in 2019, he was the catalyst that made the offense go. The Packers were 5-0 in games in which he rushed for 100 or more yards. In the Packers three regular season losses, Jones gained a total of only 89 yards rushing.

The UTEP alum also led the Packers with 19 total touchdowns, 16 on the ground and three receiving. That was one short of the franchise record set by Ahman Green back in 2003.

But what will it cost to sign Jones to an extension after next the 2020 campaign? Assuming he has another productive season, the Packers top running back is going to want to be paid like an elite player. But the league as is devaluing running backs these days and Gutekunst will have to decide whether to devote a large amount of cap space to keep Jones in green and gold or whether to look for a replacement who would cost substantially less.

The cautionary tale when it comes to running backs in recent years is Todd Gurley of the Los Angeles Rams. The Rams rewarded Gurley for his productive seasons in 2017 and 2018 but he suffered an injury late in the 2018 season and has been limited ever since. At the age of 25, Gurley’s production fell from 1,251 yards in 2018 to just 857 yards gained in 2019. His average yards per attempt fell from 4.9 to just 3.8.

Gurley has arthritis in his knee and may never be the same back he was earlier in his career. Meanwhile, the Rams now owe him a lot of money mostly for his past production.

Williams also has a contract that expires after the 2020 season. While he is not a starter like Jones, Williams has value to the Packers. His inside running style compliments Jones’ speed well and he is a very coachable and reliable player. Williams is a more consistent receiver than Jones, he’s a better pass blocker and he is an asset in the locker room as well.

Despite missing two games due to injury, Williams gained a career-best 4.3-yards per carry in 2019. His best game was in Week 6 against Detroit when Jones was ineffective. Williams gained 104 yards on just 14 carries while adding four catches for 32 yards and a touchdown.

Williams is also a valuable runner in bad weather. When it’s raining or snowing and the going is slower, Williams is at his best. His balance and steadiness allow him to gain important yardage between the tackles.

The Packers don’t have many players with experience behind Jones and Williams on their roster. Rookie Dexter Williams has five career carries for 11 yards and needs to improve his pass blocking and route running if he hopes to see the field more on offense. Tyler Ervin is primarily a return specialist and is an unrestricted free agent who may not be back in 2020.

The Packers will likely try to keep at least one of their two top backs after 2020, but don’t be shocked if they add a halfback on the third day of the draft as a developmental player.

Jones and Williams have provided the Packers with three years of productive play at running back. But the Packers will have some difficult decisions to make and limited cap space to utilize when determining which running backs to re-sign and which to let go.