Your Morning Dump... Where Kemba will miss his eleventh game tonight 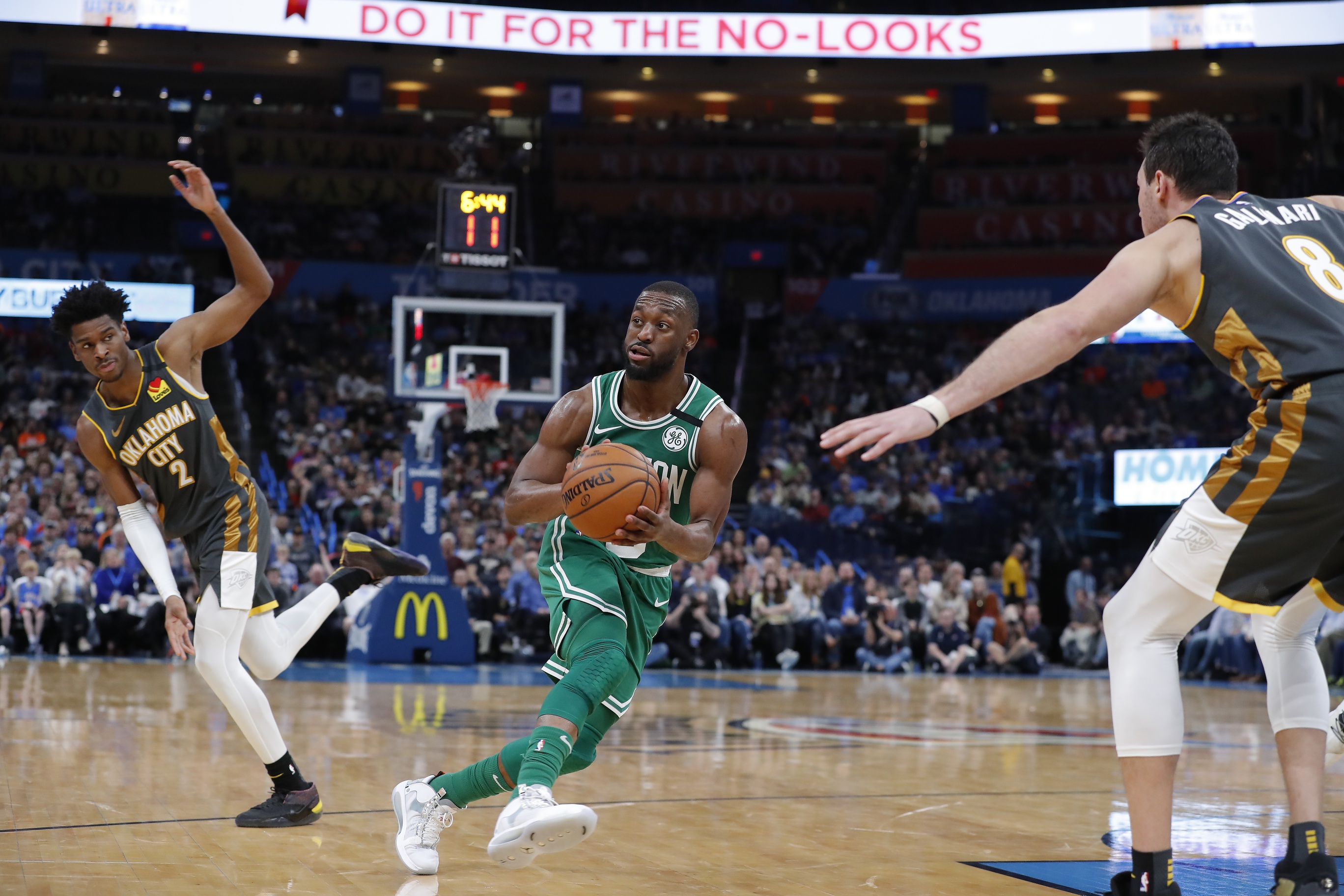 Your Morning Dump... Where Kemba will miss his eleventh game tonight

Boston Celtics guard Kemba Walker will miss his third consecutive game on Tuesday when the Celtics take on the Portland Trail Blazers, the team announced.

Walker has dealt with a sore left knee all season, and he recently had his knee drained of fluid. The Celtics also gave Walker an injection to help deal with the soreness.

Part of the reason Walker wants to sit out is to get back to his old self.

Apart from the 2014/15 season, Kemba Walker has never missed more than ten games in a season. However, Kemba missed significant time in 2014/15 with a torn meniscus in his left knee, and that may be part of the reason why the C’s have been, perhaps, overly cautious about resting Walker.

Then there’s the fact that, unlike in Charlotte, where Kemba was the Hornets, he has the luxury of being able to spend more of the regular season recovering without worrying that the team is going to fall apart in his absence.

The SR-71 was the fastest plane ever built. It had an acknowledged top speed of Mach 3.3, but its actual performance remains classified. At least one former pilot claims that he hit Mach 3.5 while evading a missile over Libya.

It also leaked fuel when it was sitting on the ground.

This was, believe it or not, by design. The entire airframe was built for the stresses of supersonic flight. At speed, the panels would expand due to heat from the high friction of flying faster than the speed of sound. When they expanded, the plane fit together the way it was intended to. On the ground, the panels were separated by gaps wide enough to allow a small amount of the plane’s fuel to drip out of its tanks.

That’s a lot of time on the ground. SR-71s only flew about once a week.

The point is this: Even though the SR-71 spent the overwhelming majority of its time on the ground, it was not designed to sit on the ground.

Likewise, the regular season in the NBA is far longer than the playoffs, but the Celtics are not playing for the number one seed. Home court throughout the playoffs would be nice, but it’s not essential. The best team in each conference is going to end up in the Finals.

The summer that we found out that IT had been playing through a serious hip injury, the Celtics overhauled their training staff. It’s not at all clear that there was a connection between the two events, but it’s hard to look at the overall situation and not draw conclusions.

Ultimately, I think that certain lessons were learned. Even if the mistakes made in the management of IT’s health were honest ones, due neither to negligence nor incompetence, it would be foolish to let something like that happen without subsequently evaluating procedures for improvement.

Since then, the Celtics have gone through the regular season with patchy lineups and a lot of downtime. In terms of minutes played, Jayson Tatum is 24th in the league at present, and the next Celtic on the list is Jaylen Brown at 74, then Gordon Hayward at 134–behind all five of Milwaukee’s starters.

That boils down to a lot of maintenance during the regular season, but the benefit should be a team that hits the playoffs like a jet ready for takeoff.

In his 15 minutes at Staples Center, Langford allowed just one made field goal in 23 partial possessions, according to the NBA’s tracking data. That one bucket came against James, who Langford guarded for 5.4 partial possessions. The only Laker he was matched up against more than James was Kuzma at six partial possessions. Over that stretch, he held him to an 0-for-1 clip from the field with one free throw made on two attempts.

Langford has played double-digit minutes in nine games. He’s never had a defensive rating over 100 in that span, leading Boston to allow an average of just 94.4 points per 100 possessions when he’s on the floor. Yes, it’s a small sample size, but for players with a 20-game minimum, Langford’s defensive rating of 97.4 is the best on Boston’s roster.

Stevens’ policy that good defense will get young players time on the court has been repeated so often that it’s assumed a sort of hoary character. It’s almost trite to mention it now. Still, it’s refreshing to see rookies like Grant Williams and Romeo Langford buy into the philosophy completely.

As he showed with Jaylen Brown during his rookie year, back when LeBron was still playing for the Cavs, Stevens is not afraid of giving these guys tough assignments with implicit confidence that they’ll execute.

In some ways, Romeo is rather similar to Jaylen in that both players were highly regarded out of high school, and saw their draft stock fall during their college season. Yes, Jaylen “fell” all the way to the third pick, but it was far from a consensus third pick.

Romeo’s potential before the draft was discussed almost entirely in terms of his offense, but his athleticism and length give him the basic tools needed to excel on the defensive end, provided he’s willing to learn how to use them.

It certainly seems that he’s embraced the challenge.

NBC Sports: Forsberg’s Mailbag: Can Celtics survive with this bench? | Should Tatum be in the MVP conversation? Why Perk thinks so