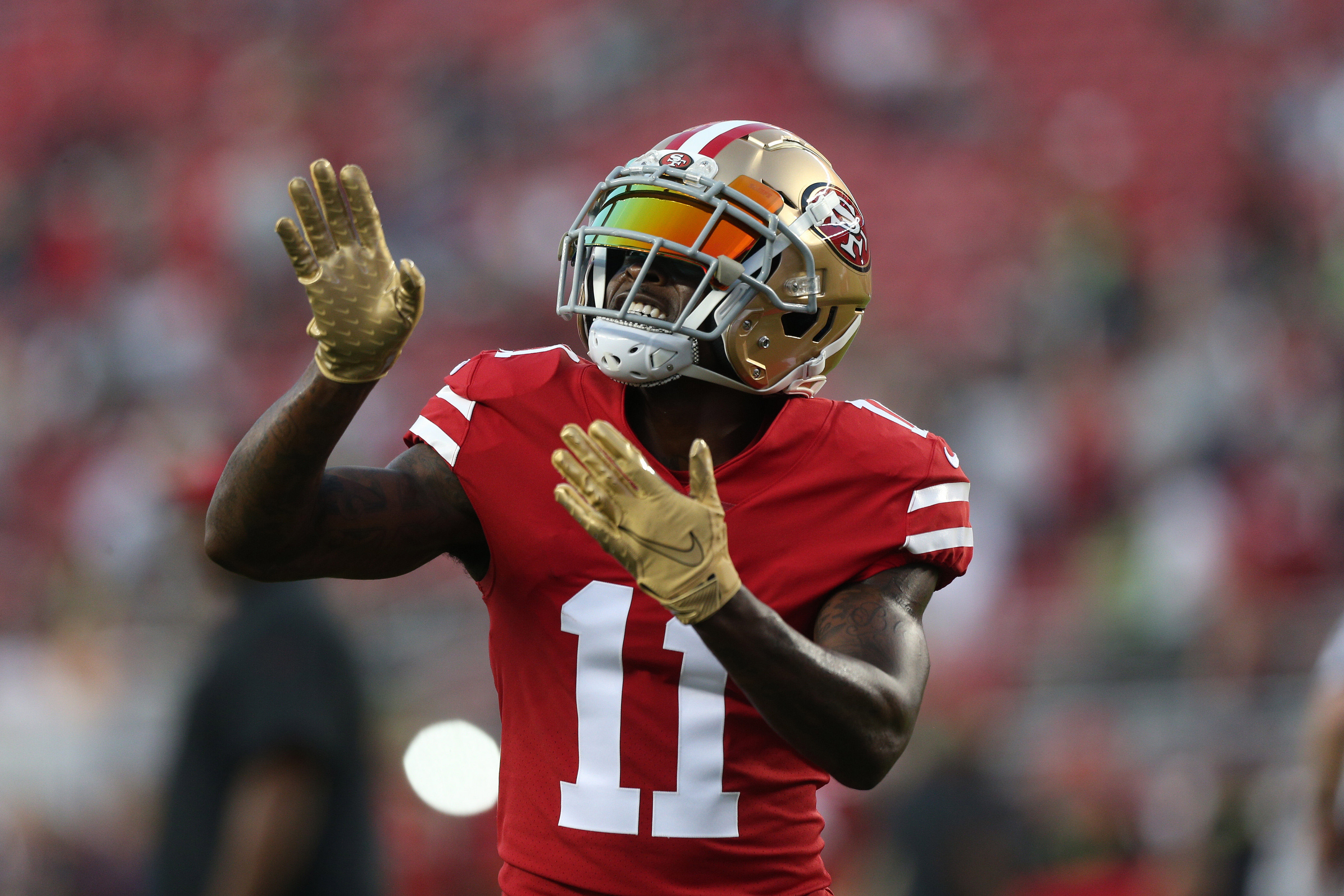 The San Francisco 49ers have an excess of wide receivers, having drafted for Deebo Samuel and traded for Emmanuel Sanders last season, which, combined with tight end George Kittle, has simply created a problem of too many cooks in the kitchen.

As such, Marquise Goodwin, who was the team’s No. 1 receiver in 2018, has been bumped down the depth chart, and saw very few targets last season. He caught only 12 passes for 186 yards, and it was expected that the team would shop him during the offseason.

Sure enough, that’s exactly what they’re doing, according to head coach Kyle Shanahan.

“We wouldn’t release Marquise,” he said, via Matt Barrows of The Athletic. “He’s too valuable. I know he fell out of the rotation last year, then he had an injury (and) wanted to go on IR, so he could get it cleaned up. I think it is right now. I haven’t seen him for a while. Marquise is a guy who can play in this league. If he’s on this team, he’s going to be competing with that group and, if not, I feel pretty confident another team would want him.”

“We could [trade Goodwin], yeah,” Shanahan said. “You also don’t get rid of valuable people just for nothing. So we’ll have him come back and compete and if that doesn’t work out we could always possibly trade him. There are lots of things that are open. But I don’t know that exact answer yet.”

It appears as if the 49ers staff is talking Goodwin up in hopes of getting something in return for him via a trade. The problem is that other teams are well aware that they’re trying to move him, and why, so the 49ers probably wouldn’t get much in return. Something’s better than nothing, though.