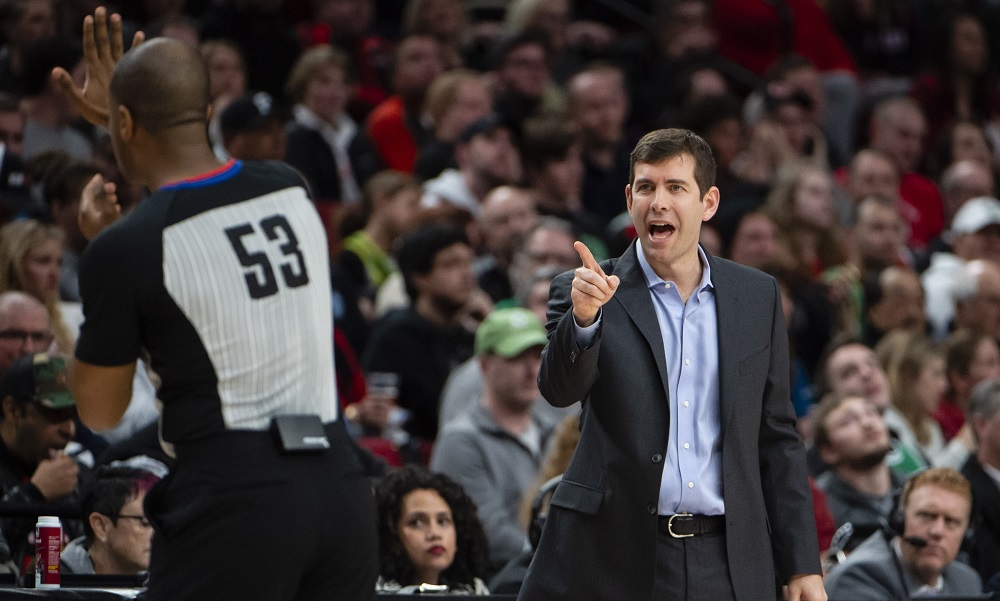 It was a relatively easy game for the Celtics last night when they took down the host Trail Blazers, 118-106. Here are five takeaways.

Jayson Tatum had another spectacular performance with 36 points on super-efficient 14-of-22 shooting, although he took zero free throws. There’s probably two reasons: 1) he was on fire from the arc, nailing a career best 8-of-12 threes, and wasn’t fouled out there; 2) he did score 12 points in the paint, but Daniel Theis was so effective sealing off Hassan Whiteside that the league’s leading shot-blocker (3.1 per game) never got close enough to even touch Tatum. Whiteside finished with just a single rejection.

The Celtics missed their first five shots and fell behind 7-0, a score that has happened to them several times recently. However, once they caught up and took a lead at 18-17, they held that lead for the rest of the game. The margin was double digits most of the second half, peaking at 19.

Kemba Walker sat again for Boston, but the Cs got by without him. Portland had no such luxury in the absence of Damian Lillard, who’s down with a strained groin. Dame is fifth in the league at 29.5 points per game and a usage rate of 29.7% (19th). Without him, the Blazers couldn’t match Boston’s firepower. The Celts had six in double figures, the Blazers just four, and Boston also won the bench scoring battle, 24-22.

4. Money at the line

Brad Wanamaker led the bench scoring with 13 points, including 3-of-3 from the line. Brad has quietly become the league leader in free throw percentage.

"League-leading free-throw shooter Brad Wanamaker" has a nice ring to it. pic.twitter.com/S54rJccGs6

Brad Stevens, who comes across as the Mr. Rogers of NBA coaches, was hit with a technical foul for the second straight game. Just like Sunday in LA, this one seemed a pretty harsh reaction to some mild objections by Brad. Point of interest: Portland took 23 FTs to Boston’s 14. (If Brad gets another T tonight in Utah, there will be questions asked.)

On the flip side, when Carmelo Anthony got T’d up, Jaylen Brown took the free throw, and made it. This would’ve never happened in the past, but JB has made a huge improvement in his FT%. He’s now at 74.4% after being in the mid-60% range for his first three seasons.