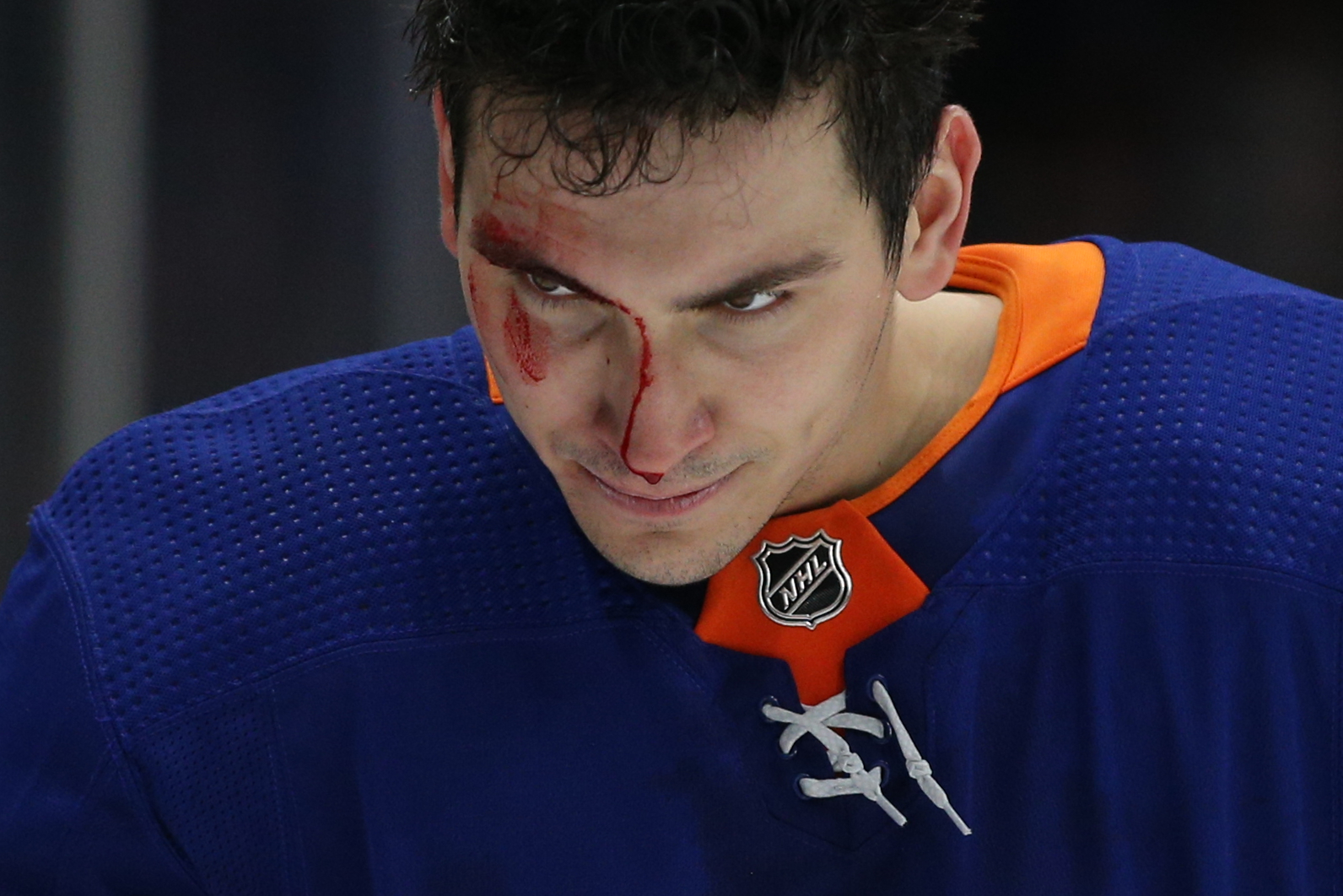 UNIONDALE, N.Y. — The Jury may be out over how clean Jacob Trouba’s third period hit was on Michael Dal Colle, but it was enough to knock him out of the last 14:08 of the third period in Tuesday’s 4-3 overtime loss to the Rangers.

Trouba laid the big hit on Dal Colle as he was going across the ice in his own zone and Trouba appeared to catch Dal Colle in the head with his shoulder. The Islanders forward did appear to have his head down when the hit occurred.

Dal Colle immediately went off the ice with the team trainer.

“The puck was a little bit in (Dal Colle’s) feet and Trouba stepped up,” Islanders coach Barry Trotz said when describing the play. “At first, and I looked at the monitor, I thought it was a pretty good… the first contact was with the head. That was from the angle I did (see). He was vulnerable, so that’s some of the red flags.

“The league looks at everything. My initial look at it I thought it was a headshot, but I’ll let the league look at it. Sometimes it’s not intentional, but the first contact is the head and he was bent over.”

The NHL will not take any further action against Trouba, according to The Athletic’s Arthur Staple. The league deemed it a “full body” hit, Staple reported after the game.

No further review of Trouba hit on Dal Colle coming from the league. Deemed a legal, "full body" hit.

Trouba only received a penalty for a fight with Jean-Gabriel Pageau that ensued after the hit. Pageau, on the other hand, was given a two minute minor of instigating, five for fighting and a 10-minute game misconduct, which effectively ended his night.

“It’s never fun to see a player go down like that. That’s why we step up for each other,” Pageau said about the hit.

Trotz didn’t provide an update on Dal Colle or Andy Greene, who left Tuesday’s game in the first period. More details could be available on Wednesday after the Islanders hold an optional practice at Northwell Health Ice Center in East Meadow.